Nintendo Direct Confirmed For This Thursday

Will cover Wii U and 3DS games. 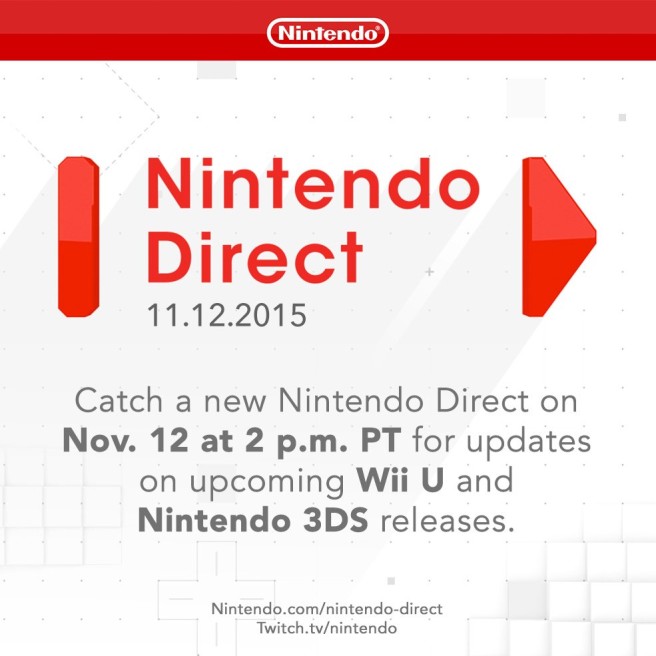 The new webcast will cover upcoming Wii U and 3DS games, which means titles such as Xenoblade Chronicles X, Fire Emblem Fates, Bravely Second, Shin Megami Tensei x Fire Emblem, and Star Fox Zero are going to get shout outs there. We might also get information on Nintendo’s new online service, My Nintendo, as well as the results of the Smash Ballot.

That, plus some rumored announcements like The Legend of Zelda: Twilight Princess HD may also be officially confirmed on Thursday.