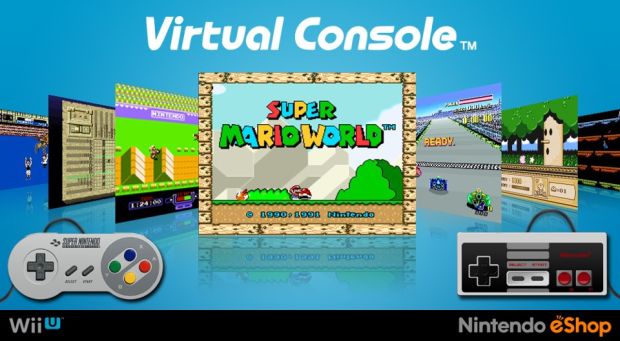 One of Nintendo’s key strengths over any and all other companies in the industry – after probably its first party catalog – is its legacy catalog. Nintendo has such a long and rich history of classic games, games that people have a lot of nostalgia for, games that influenced the entire industry, games that have held up amazingly well, that it is surprising the company has dropped the ball so often on leveraging it properly.

The Virtual Console has been hit or miss (more miss than hit) across the Wii, Wii U, and 3DS. Incredibly enough, it is entirely missing in action on the Switch so far, and it is uncertain if it will ever even be added to the system. Meanwhile, Nintendo mishandled the NES Classic Mini last Fall pretty badly. However, speaking at a shareholder meeting, Nintendo’s Satoshi Yamato highlighted that the company is looking into alternate ways of leveraging its classic lineup- including by potentially selling them via retail channels.

“We have been thinking about a lot of different ways to make use of Virtual Console titles, and not just Game Boy Advance titles,” he said, in response to a shareholder’s question. “Similar to these software titles we have made available on a variety of platforms over the Internet, we consider the Nintendo Classic Mini: Super NES Classic Edition scheduled to be launched in Japan this October (and September overseas) to be a type of Virtual Console. It would be possible to sell these titles as packaged software or via download cards, but if we were to start selling products like this in the future, I think we would first have to consider whether we can establish that kind of business model, and do our due diligence in finding out if there is sufficient demand for it.”

I… don’t know how I feel about that. I mean, it’s not a bad idea to sell them via retail additionally, of course, but I do think the Virtual Console model has a lot of merits for Nintendo to consider these alternate channels an entire replacement for it. We’ll see what Nintendo intends to do.