Nintendo has something entirely new planned.

What is the Nintendo NX? It’s been over a year since we first heard of it, and we’re so close to the official reveal, but amazingly enough, we still don’t know. We’ve had chances to make educated guesses, of course, and there have been a multitude of leaks on it that may or may not be legitimate– but the NX itself remains an enigma.

There is only one thing about it that we are really sure of, and that is something that Nintendo has reaffirmed multiple times- that the NX is going to be something entirely new. It’s an entirely new concept. It is not going to serve as a continuation of either the Wii or the DS lines- it will bring in an all new concept altogether.

That has been reaffirmed; the 2016 edition of Nintendo’s company handbook (pictured below) actively refers to the NX. The relevant portion reads ‘these days, we are developing the Nintendo NX (codename), a gaming platform that is an all new concept.’ This makes it sound that, once again, the NX is going to be something very different from Nintendo’s previous systems. What could that be? We don’t know right now, but we’re not far from finding out, either. 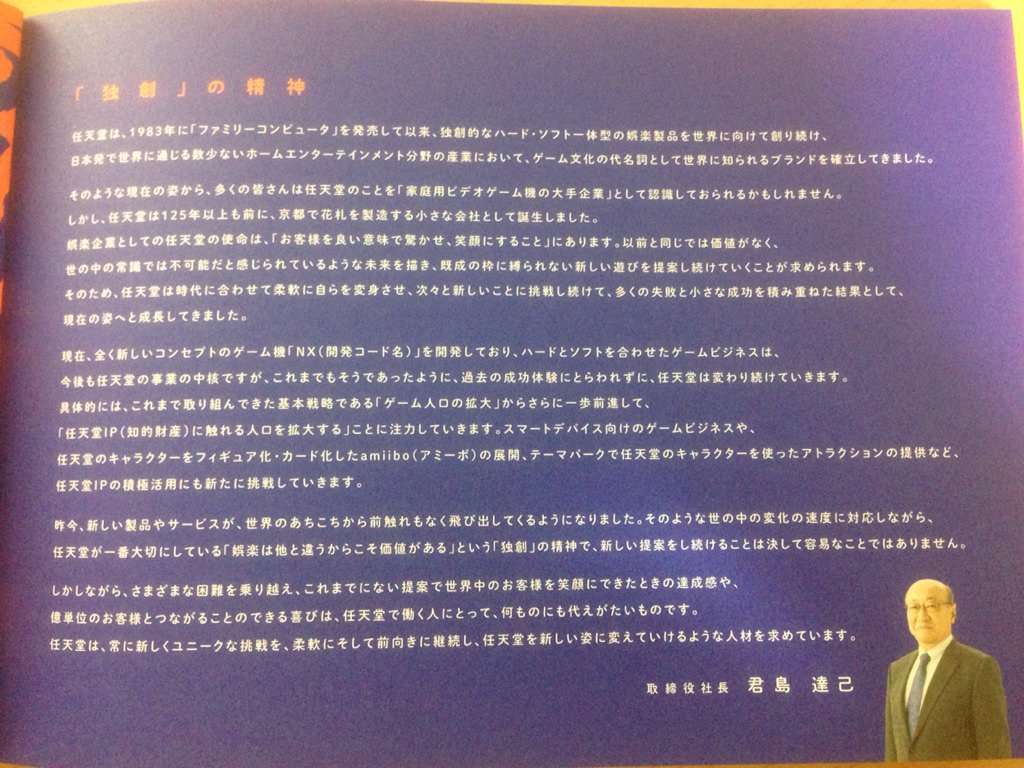 The Anacrusis is a functional squad shooter that uses its groovy aesthetic as a smokescreen rather than a guid...