Nintendo Reveals Its First QoL Product, And It Has Nothing To Do With Video Games 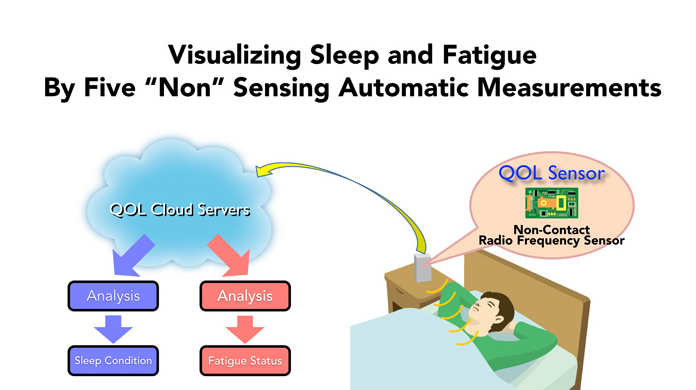 Earlier this year, Nintendo announced that they would be diversifying a little from just video games, just so that they do not have all their eggs in one basket, like they do now. Of course, it might have been easy to forget that in subsequent months, given how much Nintendo has proceeded to double down on video games, and core video games at that, but Nintendo itself hasn’t forgotten. It’s mysterious QoL initiative, as it was called back then, was finally revealed at Nintendo’s bi-annual earnings report yesterday, and it’s… a sleep sensor.

To be clear, it’s a contact-less sleep sensor that allows the user to monitor their sleeping habits. You just place it on the bedside, and it automatically syncs your sleeping data with the cloud, where you can manage it and see patterns and statistics pertaining to your sleeping. In Nintendo’s own words, this should help track multiple health issues related to sleep.

“Inside the QOL Sensor is a non-contact radio frequency sensor, which measures such things as the movements of your body, breathing and heartbeat, all without physically touching your body,” Iwata said, and then added that he hoped the device would help its users clamp down on health issues related with lack of sleep.

He added: “Since fatigue per se is not regarded as a disease in the medical world, it is said to be a field where sufficient research has yet to be conducted. We have been fortunate to encounter several experts who have been conducting cutting-edge research in the science of fatigue. Together, we are now developing technology to estimate fatigue”.

Interestingly enough, Nintendo is not doing this product on its own. It will be partnering with Japanese Dr. Yasuyoshi Watanabe as well as US based ResMed, a corporation that develops medical equipment.

Dr Watanabe said, “Accurate and simplified fatigue measurements enable self-comprehension of the body which is very significant for contemporary humans, and I think it can be used as the benchmark to improve our QOL. We will all do our utmost to achieve this world-first product.”

Of course, to those of you who are worried this might take away from Nintendo’s focus on video games, don’t. As Iwata reiterated, Nintendo’s core focus will remain video games, and he pointed to multiple strategies to revive the company’s flagging hardware revenues.