The company says its next console will release in “20XX”.

While Sony and Microsoft’s approach to creating hardware has been all about iteration and focusing on newer and cutting edge technology, Nintendo’s approach has been far less traditional. Especially starting with the likes of the Wii and DS right up until the Switch, Nintendo have focused more on innovative hardware design, which they use in conjunction with game design that revolves around that kind of hardware.

And to no one’s surprise, that’s an approach they’re going to stick with for their future consoles as well. In this fiscal year’s Corporate Management Policy briefing, Nintendo confirmed that their next console will be out in 20XX, which is about as obvious yet unspecific as they can get. More interestingly though, they also spent quite a bit of time talking about their future outlook.

After speaking about the advantages of their integrated hardware-software approach, Nintendo said that that’s something they’re going to continue focusing on with future consoles and hardware, while also adding that they will continue to use Nintendo Accounts. Later on, when talking about investment in technology, the company confirmed that it will continue to invest in finding ways to use “fun” technology in its hardware, while making sure that it strikes a balance between being cutting edge and being affordable.

You can check out the relevant slides from the briefing below.

While it remains to be seen when the Switch successor will release (Nintendo has insisted that the Switch is barely halfway through its life cycle), there have been plenty of reports of late that a more powerful Switch variant is in the works for 2021, and that Nintendo has asked development partners to make their games 4K-ready in preparation for the same. 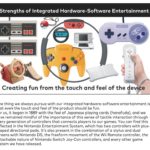 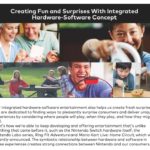 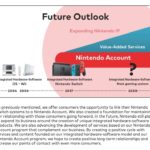 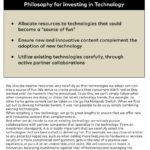