The Nintendo Switch has been a success beyond anyone’s wildest dreams. In September, for instance, it ended up being the top selling platform again, buoying Nintendo to a 2/3rds share of the hardware market in the US, in spite of it lacking a major release outside of the Pokken remaster (while competing consoles got high profile games like Destiny 2).

Now, a new chart published by Statista confirms a rather shocking fact- in 2017, the Switch has not only consistently outsold the PS4 and Xbox One for the present year, but it has also so far been outselling the PS4 and Xbox One’s sales from last year. This is especially impressive, because Microsoft and Sony both released new models for their consoles last year (the Xbox One S, PS4 Slim, and PS4 Pro respectively), which buoyed sales for both systems. It indicates that the Switch’s performance is hugely impressive- doubly so when you consider the chronic hardware shortages.

With Super Mario Odyssey due to launch for the Nintendo Switch a the end of this week, Nintendo’s hybrid can only see its flag fly higher. 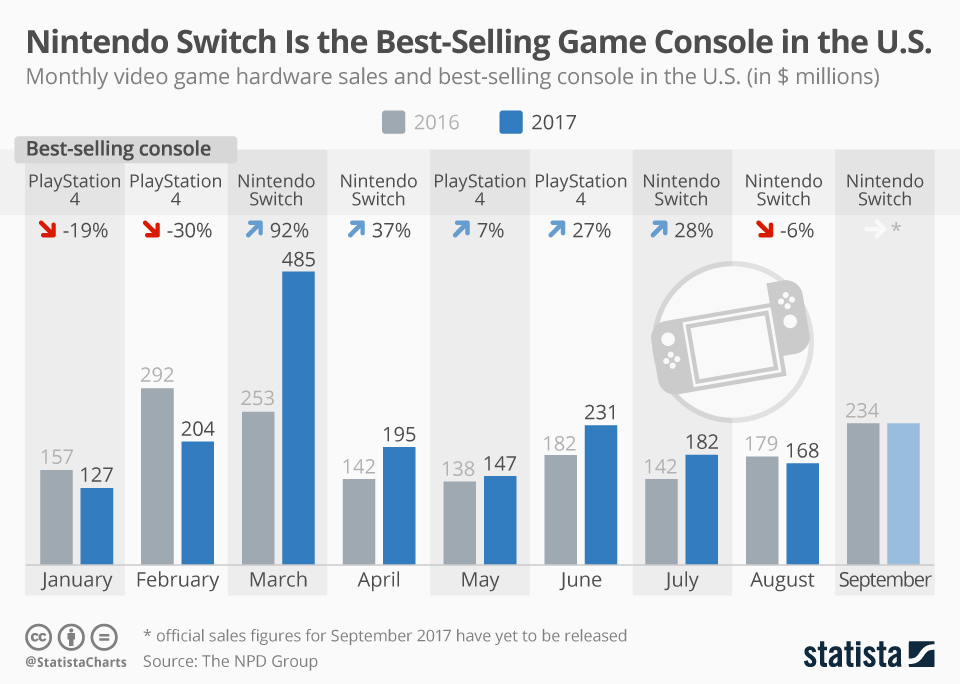