Nintendo Switch Splatoon 2 Bundle Announced For US, Will Be Launching This September

It will also be Walmart exclusive. 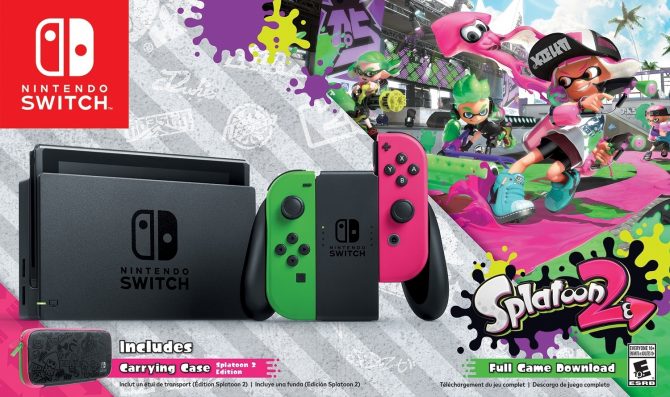 That’s actually not too good a deal- it’s basically how much you would spend on the system, game, and a carrying case anyway, so you don’t get many, if any, savings. That said, at least the carrying case here is Splatoon themed, as are the Joycons. If you’re a fan of Nintendo’s colorful shooter, that might be enough for you.

The bundle will also be exclusive to Walmart- it will be available there starting September 8. If you want to shop anywhere else, however, you can still pick up a regular Nintendo Switch for $300. It’s starting to be more in stock these days, too.