Nintendo’s My Nintendo program for the Nintendo Network – which simultaneously acts as a replacement for Club Nintendo and the Digital Deluxe Pro programs, while also giving Nintendo a program analogous to PS Plus and Xbox Live Gold – will be launching this March, Nintendo has confirmed.

Nintendo also confirmed multiple details on the new system- your previous Nintendo Network accounts transfer over to the new program automatically, for example. My Nintendo will be used with all Nintendo services, including Nintendo eShop, Miiverse, Nintendo’s smartphone games, as well as on the Wii U and Nintendo 3DS. My Nintendo will have two tiers: Gold and Platinum. Gold will function similarly to Club Nintendo, where you earn points that you can trade in against games and software to earn discounts (for instance, having 100 Gold coins may get your $10 off on Xenoblade Chronicles X), while Platinum coins are given out for engaging with Nintendo’s services.

Nintendo confirmed that the My Nintendo service will also eventually include universal friends management, social features, and cloud functionality, so it looks like Nintendo are going all in on this. It is set to launch in 39 different countries in March. It will be available on the Wii U, Nintendo 3DS, PCs, smartphones, and any future systems Nintendo launches, such as the NX. 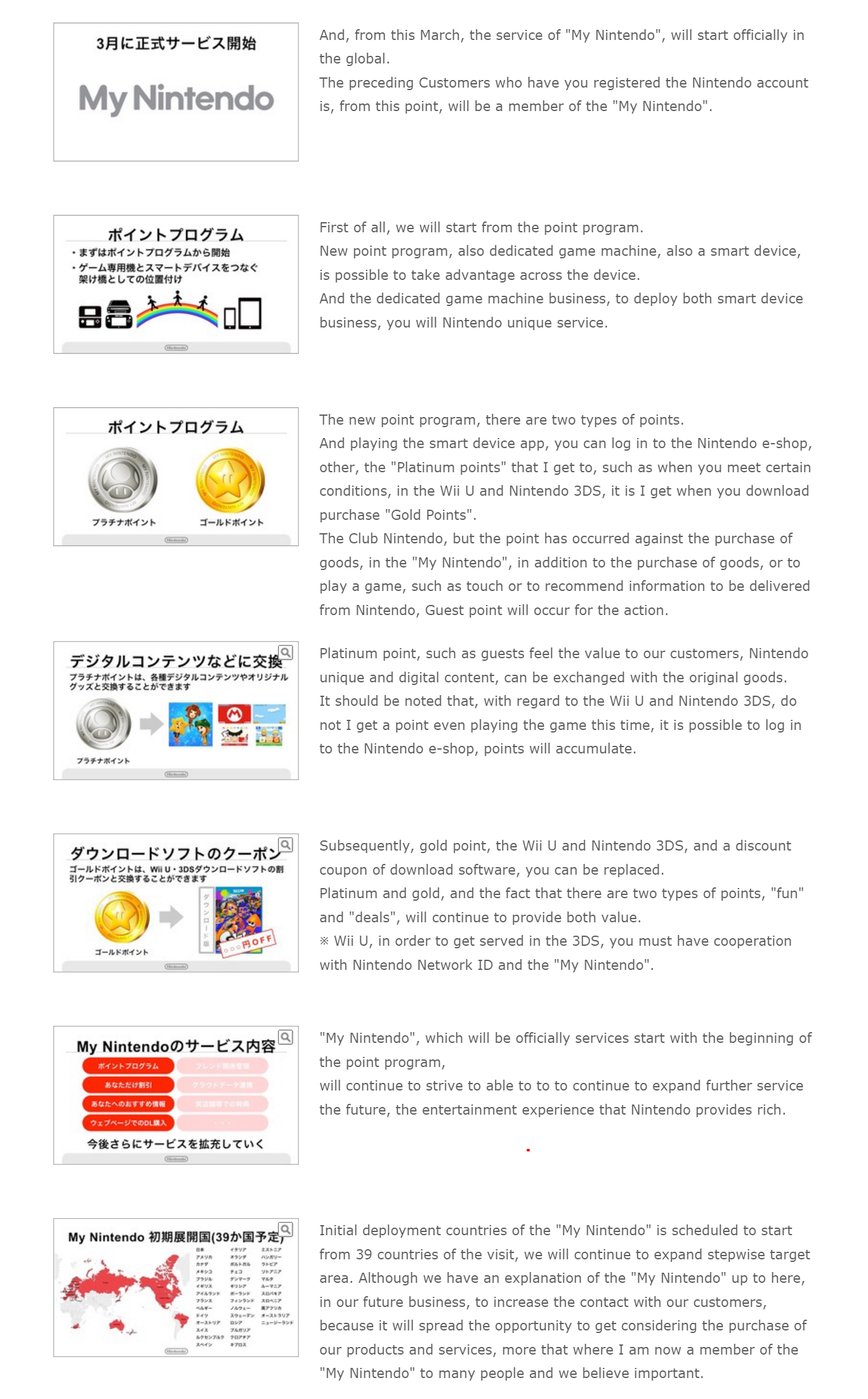