Nintendo’s Reggie acknowledges that the fans love him

Wii U is out in America, and Reggie is promoting that. 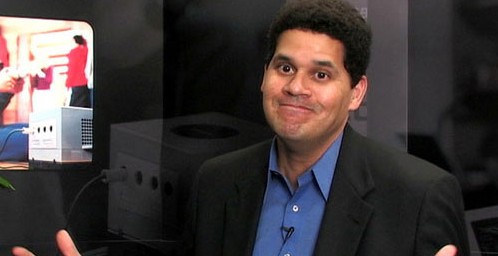 “My Body is Ready” is a phrase you normally associate with Nintendo’s Reggie, because duh, he said it. Reggie knows he’s a superstar and in an interview with MTV Multiplayer, he had a lot of things to say about his fame and his journey at Nintendo where he was hired nine years ago.

“It’s very gratifying. It wasn’t planned. When I was hired almost nine years ago, it wasn’t planned that I would play the role that I’m playing, but I think the fans recognize that I play our games,” he said.

He has his limitations though, and he knows it. He can’t quite pull off something like Iwata Asks because he doesn’t quite have the background knowledge of a developer. After all he’s the one who called Batman: Arkham City Armored Edition completely unique.

“We have talked about it, and what I will tell you is that it’s important that if we ever do a Reggie Asks that it be on a topic that makes sense. Iwata Asks works because of Mr. Iwata’s background as a game developer himself, so he’s able to have an informed conversation with other developers, and his own curiosity is what drives that conversation,” he said.

“So, certainly if there’s a topic where I have passion and I have curiosity and I have an innate background in, that’s probably the topic that will lead to a Reggie Asks.”

Next year's E3 will be a four-day event that will have days allotted for business and consumer experiences, an...

Details on the first Raid, which seems to take place on its own map, have been revealed with additional info r...

A new report claims that Disney intends to launch one major AAA title and one smaller game in the Star Wars fr...