No Man’s Sky Gets Accidentally Listed For A Pre-Order on PlayStation Blog, Gets Taken Down Shortly After 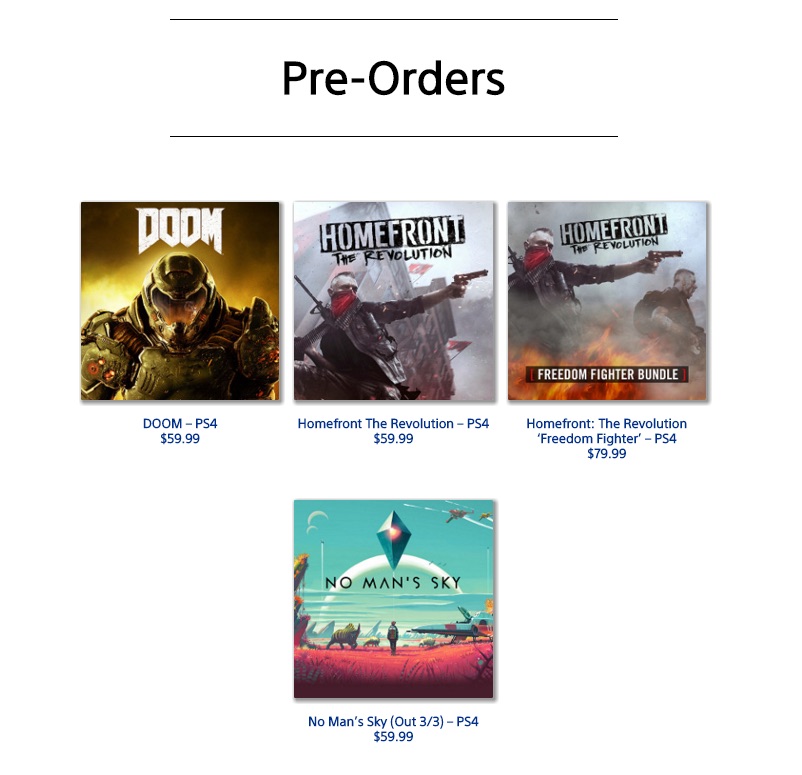 No Man’s Sky has, at this point, had such a long hype cycle that a lot of excitement and anticipation for it is justifiably beginning to wane. The game has suffered multiple delays, and while the first few showings for it were magical, it has subsequently never received any demonstration that has fleshed it out as being more than just an (admittedly cool) concept. It’s an abstraction more than a game at this point.

Still, it has a massive scope- and as Jonathan Blow’s The Witness has shown us, indie games can get away with being higher priced if they have the content and quality to back that price up. And No Man’s Sky certainly seems to be one of the biggest games ever made- which means it came as no surprise that, when the game was accidentally listed for pre-order on the PlayStation Blog earlier today (the listing was later taken down by Sony), it carried a price of $60.

The listing also appeared on the PSN Store (from where it is also now gone), and Amazon, where you can still see it. So yeah, at this point, it all seems pretty legit.

I would not mind spending $60 for No Man’s Sky, as long as I know that it is more than just a pretty space simulator- what about you guys?