Posted By George Reith | On 22nd, Jun. 2010 Under Reviews | Follow This Author @GNReith

The original No More Heroes released in early 2008 to a surprising amount of commercial and critical acclaim. It is thus that for its inevitable sequel I must state a necessary fact for the purpose of this review: I really didn’t like the original No More Heroes. The basic narrative structure, frustratingly repetitive combat and limited open world all overshadowed the quirky humour and characters that so many critics highly regarded. So has the sequel made good of these flaws and managed to turn around my initial conceptions? Carry on dear reader and you shall find out.

Players once again assume the role of Travis Touchdown who, after becoming the number one ranked assassin in the previous game, walks away from his title and is now at the bottom of the pile. After having his best friend Bishop’s head thrown through his window, Travis embarks on a quest to avenge his friends death. Naturally the killer is conveniently the number one ranked assassin, so Travis must once again climb the ladder of the united assassin’s association one kill at a time.

As you may have noticed the plot lacks any progression from the paradigm set by the original, yet it’s not really meant to be the focus. The narrative serves to glue together the other things that No More Heroes has always done so well. The quirky characters, off axis humour and WTF plot twists. They’re all here and more in your face than ever. Whether you’re a fan or not it’s clear to see that No More Heroes and its sequel fill a vacant gap, both in terms of its unique style, and also in that it’s one of the few “adult” titles in the Wii’s software library. The severe amount of crude sexual innuendo and unashamedly gory aesthetic make NMH2 a game for the 18+ crowd only.

Thankfully though it never takes itself too seriously and always seems to give you the comedic relief between the action right when you need it most. This is where my key criticism must be levelled at the plot. Whilst most of the game retains a light-hearted approach, one particular section featuring a first-person conversation with a call girl felt unnecessary and out of place. An attempt was made to keep the humour running by having your first-person perspective automatically focus on said lady’s thighs and chest, but the pseudo-philosophical pap spurted out during these sections had me reaching for the skip button. Not a game breaking affair, but it seemed a shame the refreshing tone usually struck by the game isn’t able to be maintained throughout. 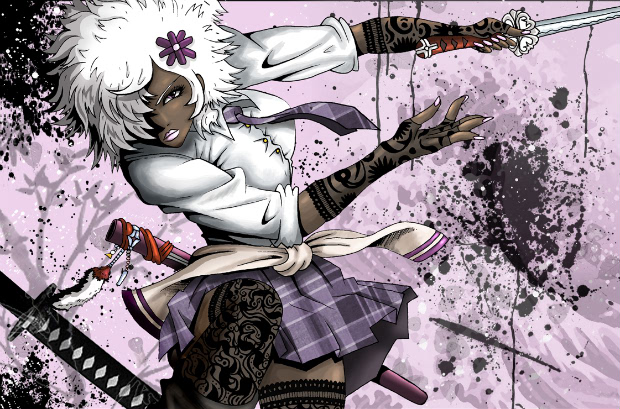 New playable characters give a needed variety to the gameplay

The usually bizarre characters and enemies in NMH2 are well realised in the visuals. From a technical stand point it may only be considered average by today’s standards, yet the style is instantly arresting in its own way. Think Kill Bill done as an anime and your in the right ball park. It helps set NMH2 apart from the competition and brings the city of Santa Destroy to life. That and you never get tired of seeing those cel-shaded heads go flying off their bodies. Occasionally there are a few flaws in the level design as the textures, whilst unique in the nihilistic mood they set, become very repetitive during the longer levels. Adding to this are some frustrating frame rate issues, especially when multiple enemies are on screen. Sadly this prevents me from waxing lyrical about the visuals of NMH2

The bosses may look the part but they are thankfully just as entertaining to play through for the most part. A lot of ideas have been put in to the ranked assassin battles to make each one different from the last, whether it be a change in your player character or even a separate mini game or alternate engine used to defeat the boss. Whilst this certainly adds a much needed variety to the proceedings, it can result in a bit of a hit and miss affair as some of the mini games involved in the boss fights can be annoying and a little sloppy to play through. Adding to this is the comparatively poor design in the levels leading to the boss encounter, which often rely on the kill everybody approach. The ideas exhibited in the bosses are very noteworthy and has produced some of my fondest experiences on the Wii, yet it does overshadow other aspects of the game by comparison. 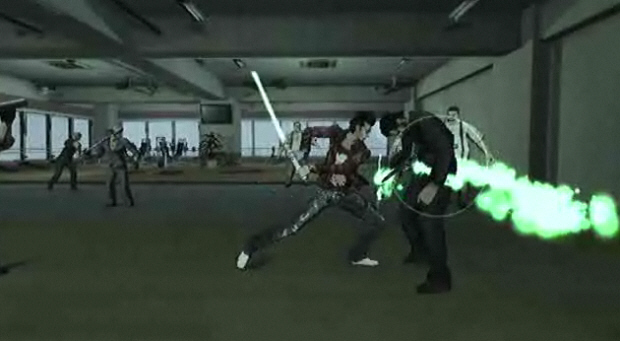 Combat is satisfying and fun but can get a bit repetitive

If the basic sword combat was a bit more varied the boring levels may have been easier to swallow but unfortunately it just isn’t. There are enough different weapons on offer to keep things fresh but the combos aren’t diverse enough to warrant any real thought or skill. The combat isn’t necessarily bad and the motion controls are used well and are often very satisfying to use, but the experience never really evolves past being a bit of button masher. You either go into a high or low stance by holding the remote up or down and this changes your basic A button combo. You can use the B button to punch though it doesn’t really seem to do anything. The only other attack is a running slash executed by shaking the remote as you’re running. Sadly though this running attack has a tendency to just destroy everything. I say unfortunately as it makes combat a bit boring when you can just spam the win button over and over.

On the plus side there are a host of mini games on offer to help vary the proceedings and earn you cash used to upgrade your stats and weapons. The side games in the first No More Heroes were dull beyond belief, but the sequel has improved on this making them more simple and diverse. They’ve also stripped them down graphically to that of an 8-bit retro style. I’m sure some will see this as a cop out but I actually really enjoyed it. It makes the games themselves quite addictive and the style suits the rest of the game perfectly.

One thing about the original game that drove me up the wall was the open world. The sequel has just decided to do away with it entirely. For those of you who remember the dead and pointless world of NMH1 you will realise why the change was necessary. You now access all your destinations through a simple menu screen and, even though it lacks the visual and technical flair of an open world, it helps give the game a flow that the original was lacking. Further helping this is the fact that you no longer have to pay to be entered into each ranking battle, meaning that if you just want to plough through the main story you now have the option. This is probably the change that was most necessary to make the sequel hold my interest as the first NMH felt almost like a chore to me. 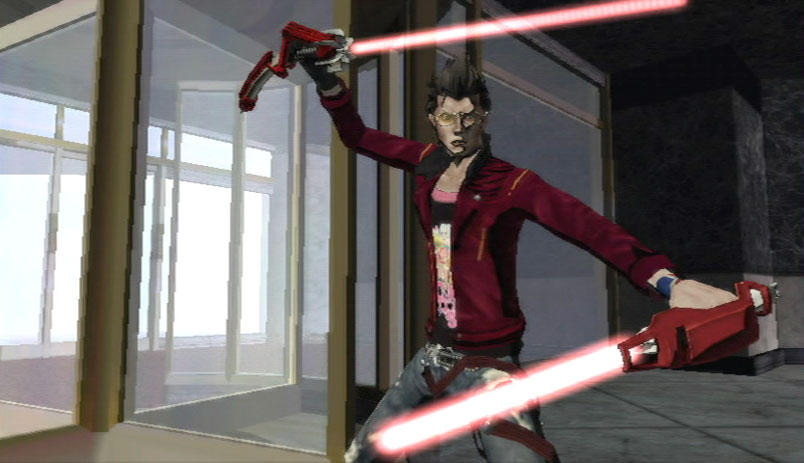 For a game that seems so proud of its stylish appeal, the sound in NMH2 is of an equal standard as the rest of the presentation. The voice acting is probably the most mixed part of the audio ranging from really good to awful amateurish racial stereotypes. At least our protagonist is well-voiced as he’s going to be the voice you hear most often. The sound effects are pretty decent with the beam katana producing a retro lightsaber style effect. It always hits the spot. Then we have the music which is sadly more generic than the rest of the package. It resides in the realm of generic J-rock tunes. They fit in with the anime inspired aspects of the game but they are hideously bland and will be very quickly forgotten.

No More Heroes 2 is a case of being style over substance. I say this in that it’s very short indeed. There’s no way of dolling it up. Whilst I’m sure those who go for every upgrade available will be entertained for long enough, my play through clocked in at an unimpressive six hours. No matter how you look at it NMH2 will always be a rent rather than a buy.

NMH2 is truly a sequel in the most robust sense. It’s able to improve upon the original in almost all aspects whilst retaining its quirky feel. Sadly relics of the previous game’s failings still remain preventing NMH2 from being the smoothest of rides. It’s hard to describe what kind of audience No More Heroes is trying to appeal to. It’s a little too unusual to try and categorize it. Your best bet is to check out some trailers to see if you like the style and just take the plunge and rent it. Even if you liked the original and are hell bent on buying the new one, I’d still suggest you rent it instead as it’s far too short to justify the price of a full purchase.

Combat can get repetitive, Very short, Some levels are dull, Combat sections are sometimes over-used

The sequel to the well received No More Heroes arrives, meaning we now have a grand total of three adult games on the Wii! But can it's quirky humour and excessive gore win your heart over a second time?

A copy of this game was provided by developer/publisher for review purposes. Click here to know more about our Reviews Policy.
Tagged With: No More Heroes 2: Desperate Struggle, Wii