Star Trek Online has been officially canned for the consoles.

Developer Cryptic confirmed to VideoGamer that there will be no STO for Xbox 360 or PS3. This news comes only a week after Cryptic Studios stopped work on their other MMO, Champions Online; “100% of our focus is on making the current PC product the best it can be. There are no current plans for a console version of Champions.” 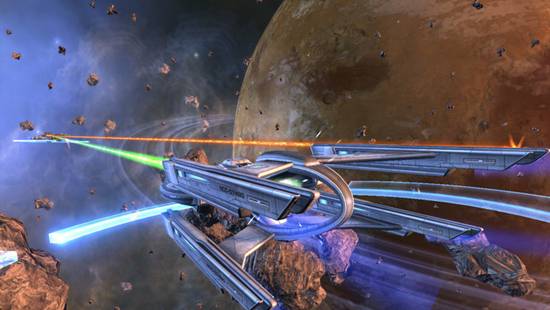 Speaking to VideoGamer, Cryptic said that Star Trek Online is “Pretty much in the same boat as the Champions console version right now,” he said.

“It’s something we can readily do in terms of technology. We’ve had it up and running on certain consoles, and had plans and designs in order to take advantage of those platforms. But as it stands right now it’s a little difficult to make that final leap on the business side of things. So, currently, just like Champions, the console version of Star Trek Online is on the back burner.”

This contradicts the developers statement in 2008 that STO would be developed for consoles and PC.

It is the latest in a spate of canned console games, such as Age of Conan, Champions Online, and now Star Trek Online.