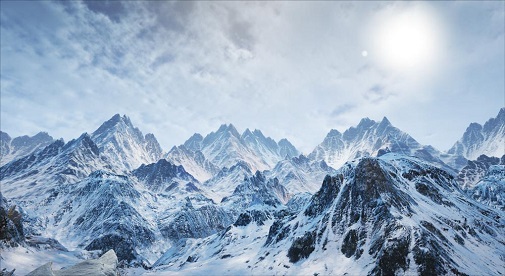 Frostbite 3 isn’t the only next gen engine that’s giving Nintendo’s platform a pass. At GDC this week, Epic confirmed that the next iteration of Unreal Engine will not support the WiiU. When Mark Rein, Vice President at Epic Games was asked by Kotaku if Unreal Engine 4 would run on the WiiU, he replied with a small burst of laughter, “no”.

This shouldn’t come as a surprise, as the WiiU’s hardware is considered dated even by today’s standards, and is on par if not better than that of the PS3 and Xbox 360. Rein explains that Unreal Engine 4 is targeted at next-gen consoles and the WiiU just lacks the hardware to be feasible.

”I just laugh at the question…Unreal Engine 4, we’re not PlayStation 3, Xbox 360, or Wii U. It’s next-gen technology. That’s what we’re aiming for.”

“Our goal for Unreal Engine 4 console-wise is next-gen consoles. That’s really what our energies are focused on,” he further added. “If you want to make a Wii U game, we have Unreal Engine 3, and it’s powering some of the best games on the Wii U already.”

On a side note, Unreal Engine 4 will also be skipping the PS3 and Xbox 360. This is the second blow to Nintendo during the same week. It looks like Nintendo will have to rely on first party titles to push sales, as it’ll have a very hard time keeping up with the competition. It’s a shame though, as Epic has demonstrated that despite its scalability, Unreal Engine 4 is capable of showcasing some truly spectacular visuals as showcased here.