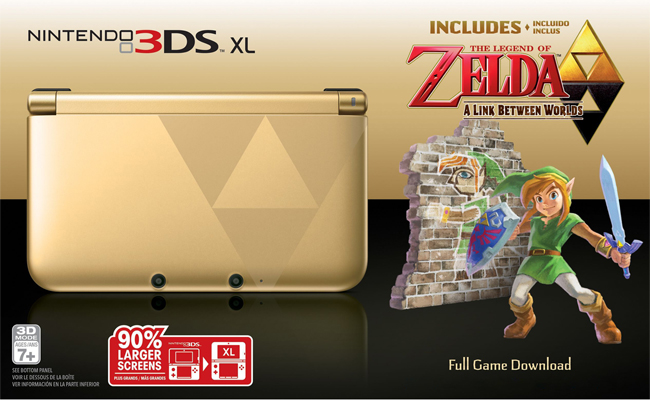 The new bundle will launch on November 22, right alongside the game itself, for a price of $219, and it will include the system as well as a digital copy of the game.

A Link Between Worlds promises to be a return to tradition for the Zelda series, being the first top down 2D Zelda game since The Minish Cap on the Gameboy Advance; simultaneously, it also promises to move the series forwards, allowing players to tackle dungeons in any order that they want, as well as new abilities, such as the ability to merge with glyphs on walls.