NX: Nintendo Should Never Use This Controller Design That They Just Patented

Look, we all know Nintendo’s penchant for, shall we call them less than conventional, controller designs- and a lot of times, these unconventional ideas have been adopted by the industry en masse, becoming conventional in the process, too.

But other times, their outlandish ideas fail to stick, and just sort of stick out like a sore thumb, leading a player who looks at them to think- just what in the flying heck were they thinking? This new controller patent filed by Nintendo definitely falls in that category.

The patent in question is for a controller that is shaped like a horseshoe. I’m not even kidding, you can see the images for yourself below. The controller in question apparently “comprises a hollow body… formed from an alluminum alloy with a load sensor… disposed in the connecting section inside the body. When a user applies force so as to bring the two grips towards each other or applies force so as to separate the two grips, the load thereof is detected by the load sensor.”

What in the world something like this could be used for is beyond me. But for the love of all that is good Nintendo, don’t use something as ridiculous as this for your console. Any console. Ever. 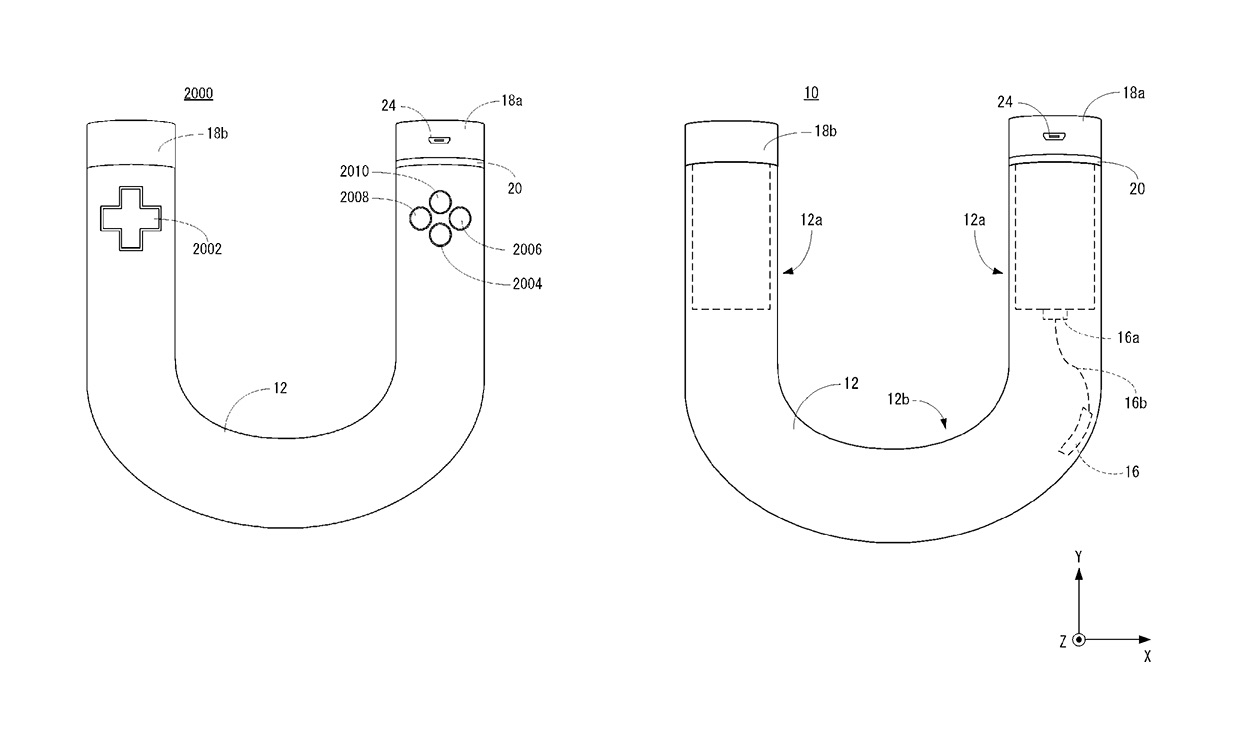