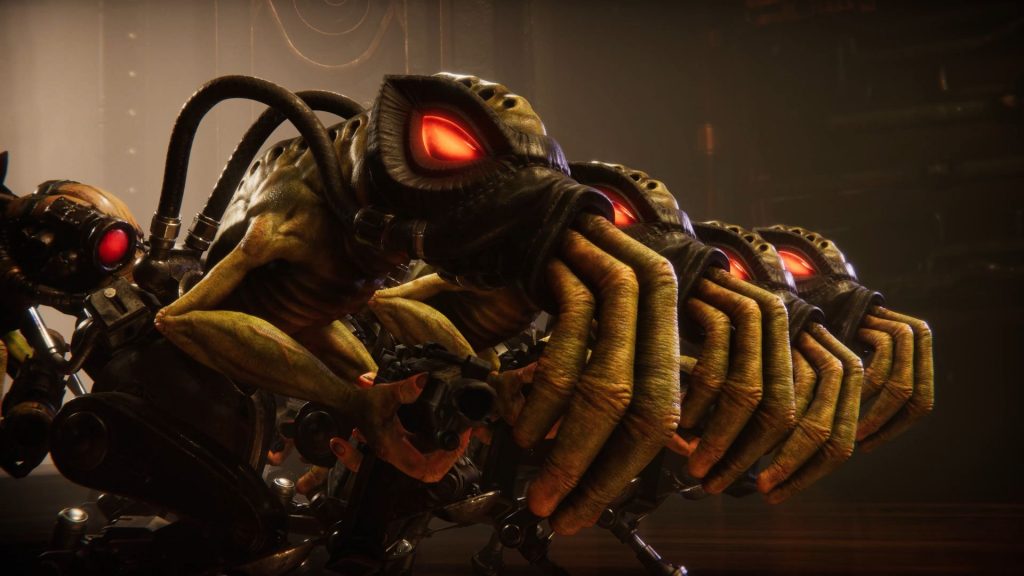 Earlier this year, the PlayStation family of consoles and PC got the newest entry in the Oddworld series, Soulstorm, after the franchise took a long absence. The game was largely well-reviewed, and we were fans as well, and there have been signs that the game would eventually come to Xbox systems. Now it’s been made official, alongside some other surprising elements.

As announced via a press release, it was confirmed that an Enhanced Edition of the game will be released later in the year. The release will feature the full base title as well as all the updates to the game so far. There’s also mention of ‘new content,’ improved gameplay and motion code though no specifics are given. It seems this will also get a physical release for the Xbox version and it’s unclear if all versions will receive something similar, and that will include both a Day One Edition with a steelbook case and a Collector’s Edition, which you can see below. It’s unclear at this time what upgrade path, if any, will be available for those that own the game in its current form on PlayStation or PC. 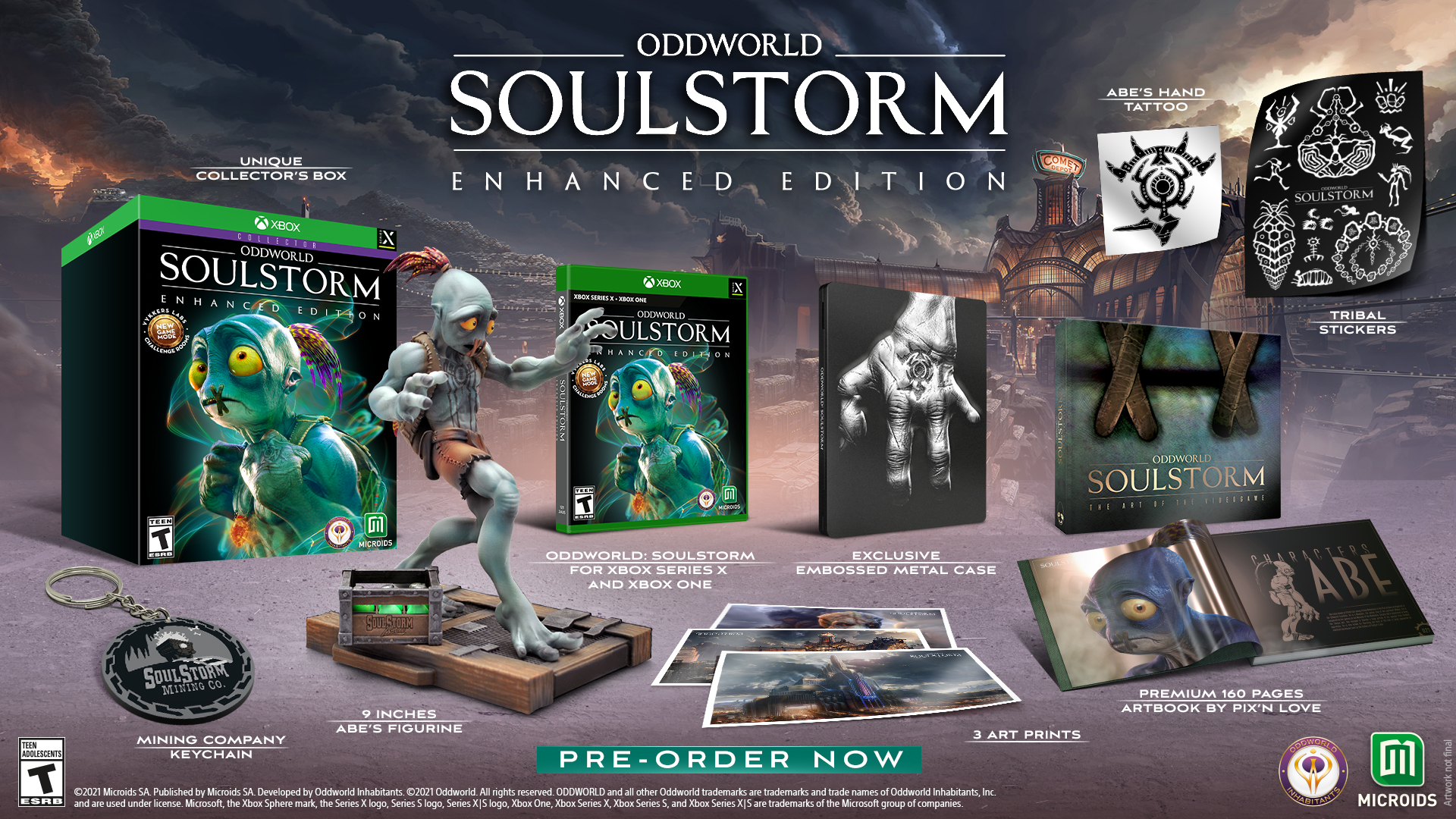 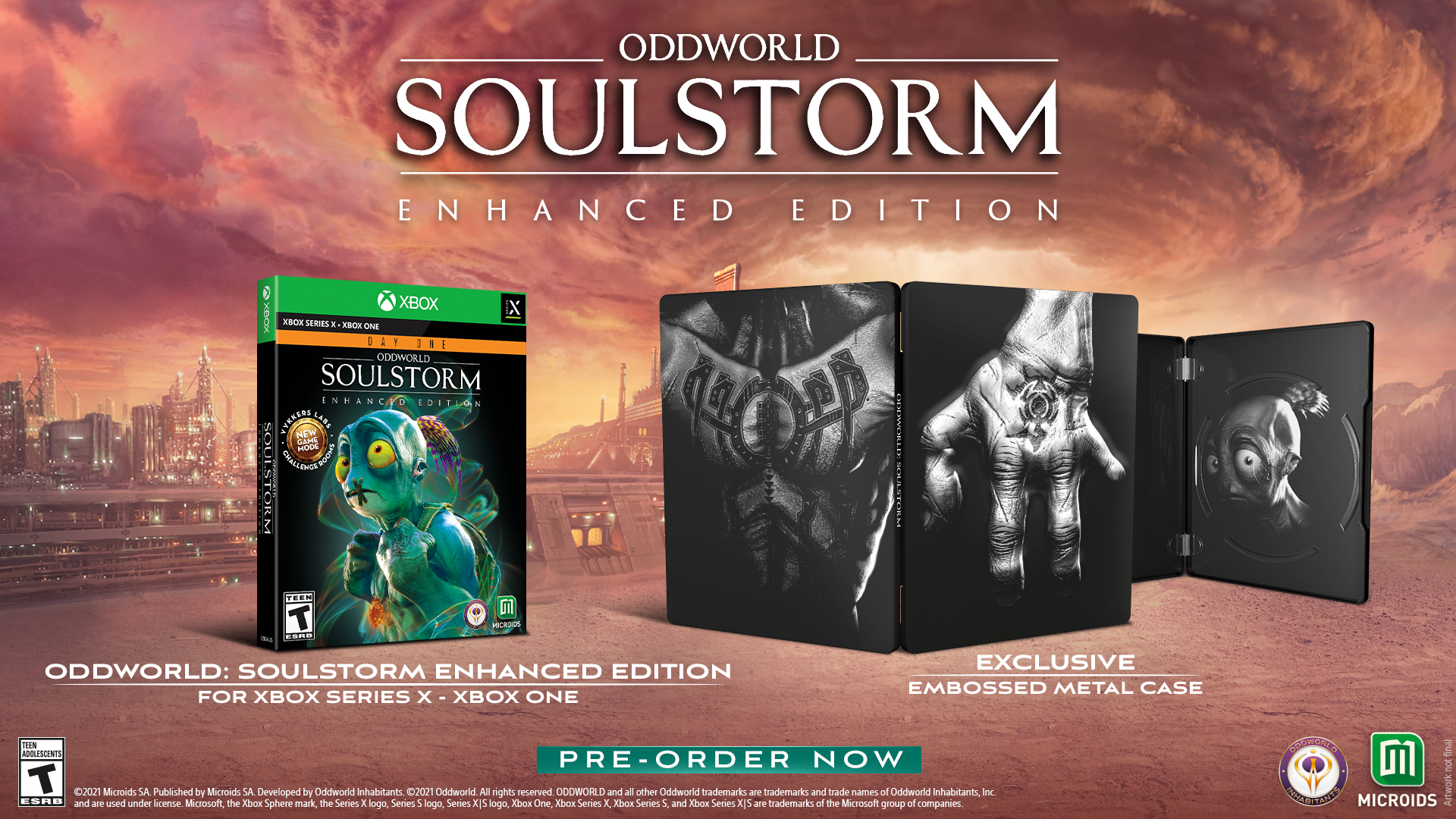