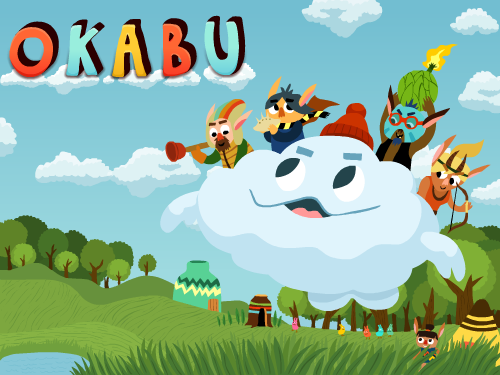 Okabu is a good game, at least, that’s what I thought when fiddling in the menu area. The music, which is fantastic, seemed to indicate high production values and more so due to the fact that the game was funded via the pub fund set up by Sony. The game is made by Handcircus who also made a game called Rolando in 2008.These games share the basic mechanics. These are the first batch of games which are exclusive to the Playstation network and won’t be found anywhere else.

The game looks really pretty. When you start playing the game, you’ll notice that the art design is really pleasing to the eyes, combined with a bunch of likeable protagonists called Kumulo and Nimbe. Overall aesthetic is really pleasant. It feels like a beautiful hand crafted painting. But graphics can only get the game so far, as the gameplay in Okabu leaves a lot to be desired. It’s a fun game sometimes, but the repetitiveness can be overwhelming. Most of the things are repeated a lot in the game, and that’s where Okabu falls. 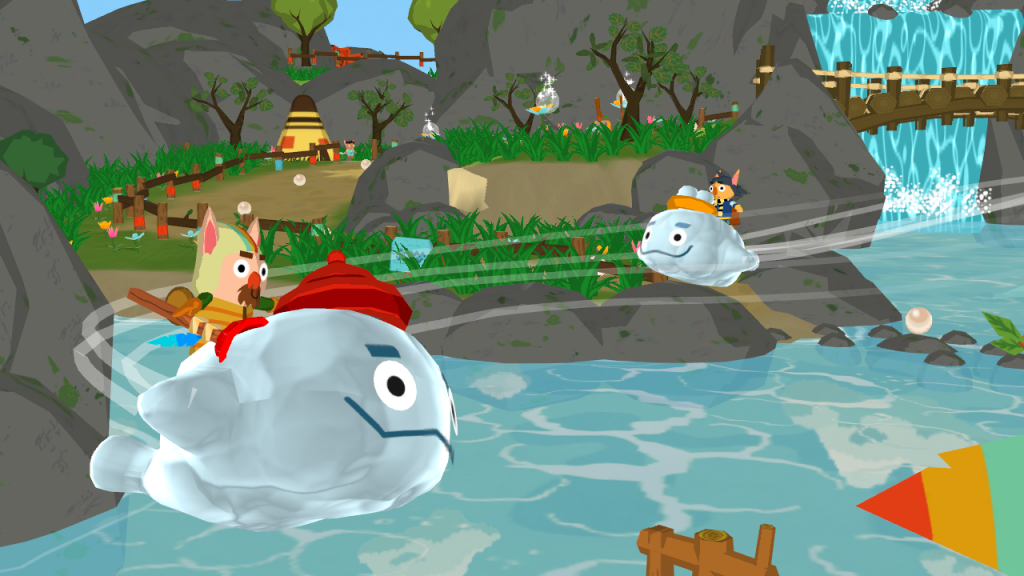 The game tells a story of Kumulo and Nimbe, who are two Cloud-whales that have left their homes in the skies to find the source of pollution and put an end to it. Of course, the story isn’t that simple it gets a lot more convoluted. You meet a race called the Yoruba and help them by doing menial chores, but both share the same goals. A race called Doza, who is the main source of the pollution, must be destroyed. The voice acting and music in the game is generally of a good quality, so that helps in keeping the immersion level high.

The gameplay mechanics are simple; both the cloud-whales can do a lot of activities like soaking up water and releasing them at a specific point to complete specific objectives. As the game progresses, it becomes a lot more complex as you get to use oil, which can be used to destroy things. They are generally found as a puddle in the map with which our Cloud-whales who have the ability of flying can soak it up. You will encounter these tasks a lot of time in the game, which gets really annoying. The developers could have mixed it up a bit; it would have made the game much more enjoyable. 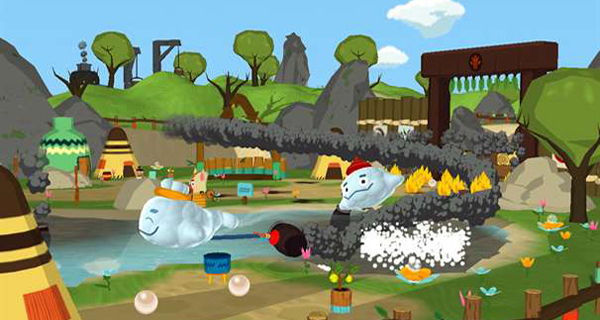 You can play the game co-operatively and that is a very good addition to the game. If you are playing solo, you can use the triangle button to switch between the clould-whales and it works really well. Later in the game both the clould-whales can be ridden by people who have specific abilities like dragging things with a rope or summoning things to your aid. These puzzles are very easy and can be solved without any issues. It’s normal to get bored while playing the game, as it is a very slow and repetitive experience, but there is some fun to be had here if you play with an open mind.

Okabu is a good game and looks stunning when it comes to art design but the repetitive nature of the gameplay can be a real turn off. The game features co-op and I normally encourage the addition of the mechanic, it isn’t that good in Okabu due to the simple puzzles you encounter. This could have been a much better game if the developers designed it more cleverly.

Final Verdict:
GOOD
Okabu is a good game and looks stunning when it comes to art design but the repetitive nature of the gameplay can be a real turn off. The game features co-op and I normally encourage the addition of the mechanic, it isn’t that good in Okabu due to the simple puzzles you encounter. This could have been a much better game if the developers designed it more cleverly.
A copy of this game was provided by Developer/Publisher/Distributor/PR Agency for review purposes. Click here to know more about our Reviews Policy.