For all the faults the Tony Hawk franchise ultimately ended up experiencing, the first few games were tremendous fun. At the time, you’d be hard-pressed to find a franchise that consistently put out quality games, year in and year out, and while it’s since declined, the influences and skill-based play live on in games like Roll 7’s OlliOlli 2: Welcome to Olliwood. Critically acclaimed at launch, OlliOlli 2 expands on its predecessor’s skateboarding gameplay, offering more challenges, a deeper combo system and that same drive to become better for fun.

Roll 7 director Thomas Hegarty had a chat with GamingBolt following the launch of OlliOlli 2 and spoke to the man about plans for post-release content, changes from the original game, comparisons to Tony Hawk Pro Skater and much more. 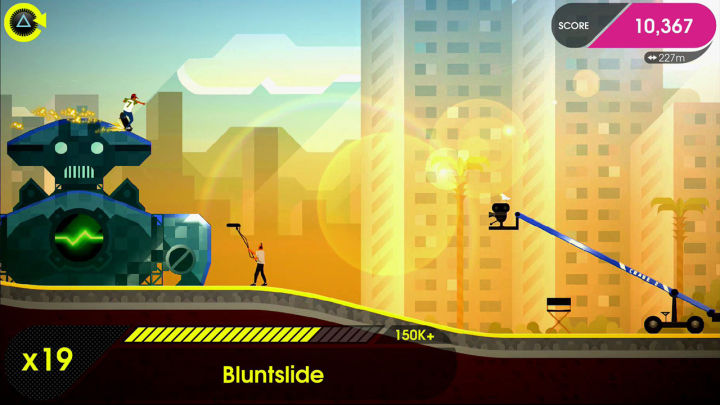 "With the move to the PlayStation 4 and bigger, living-room TV’s, we thought it was super important to create a different style that allowed us to be a lot clearer with the types of tricks, and much more!"

Rashid K. Sayed: OlliOlli 2: Welcome to Olliwood has received nearly universal acclaim upon its release. What’s the feeling over at Roll7 Games following a successful launch?

Thomas Hegarty: It’s awesome! It’s been a couple of months now, and it’s still so unbelievable to see people racking up scores on the Daily Grind and Leaderboards still to this day! We spent a hell of a lot of time testing OlliOlli2, and it’s one of those things – you never know how people are going to react.

Rashid K. Sayed: Tell us more about the combo and trick system in OlliOlli 2, especially after the first game. Which areas did you want to improve upon and emphasize more with the sequel?

Thomas Hegarty: The big difference between OlliOlli and OlliOlli2 is the introduction of manuals. In OlliOlli2, instead of simply Landing, you have a chance to manual and chain together wicked combos to pull in insane points. So, with manuals in mind, we completely overhauled how the levels were designed and effectively, OlliOlli2 becomes much more of a platformer than ever before!

We REALLY wanted tricks to look a lot clearer. With OlliOlli1, we found that most players didn’t visually notice the different types of tricks – so we really pulled together and focused on making a clean, rad aesthetic that shows off all the sick tricks you can pull. We wanted to make the skater feel like a badass for playing, performing and Landing tricks.

Rashid K. Sayed: OlliOlli 2 presents a Hollywood-esque motive to level design but the visual design has seen a fairly significant change from the original. What motivated the change and how did the PS4/Vita help in facilitating that transition?

Thomas Hegarty: It was a mix of things. OlliOlli1 was designed very intensely for the PlayStation Vita. We used touch-controls and created a design-aesthetic that worked really nicely on the PlayStation Vita. With the move to the PlayStation 4 and bigger, living-room TV’s, we thought it was super important to create a different style that allowed us to be a lot clearer with the types of tricks, and much more! The movie themed allowed us to break the constraints of urban skating and we therefore managed to introduce grinding on Roller Coasters, Cannons and Trains.

Rashid K. Sayed: What are your thoughts on OlliOlli 2’s comparisons to Tony Hawk’s Pro Skater 2, at least in terms of the evolution of the design process?

Thomas Hegarty: It’s a huge, HUGE honor to be spoken off in the same sentence. Tony Hawk Pro Skater 2 is such an iconic game, so it’s very cool to be following in their footsteps. It’s not something that we intentionally tried to do, but it’s very, very cool nonetheless. If anyone else makes a skateboarding game and introduces manuals in the sequel, will they be copying OlliOlli2? Haha! 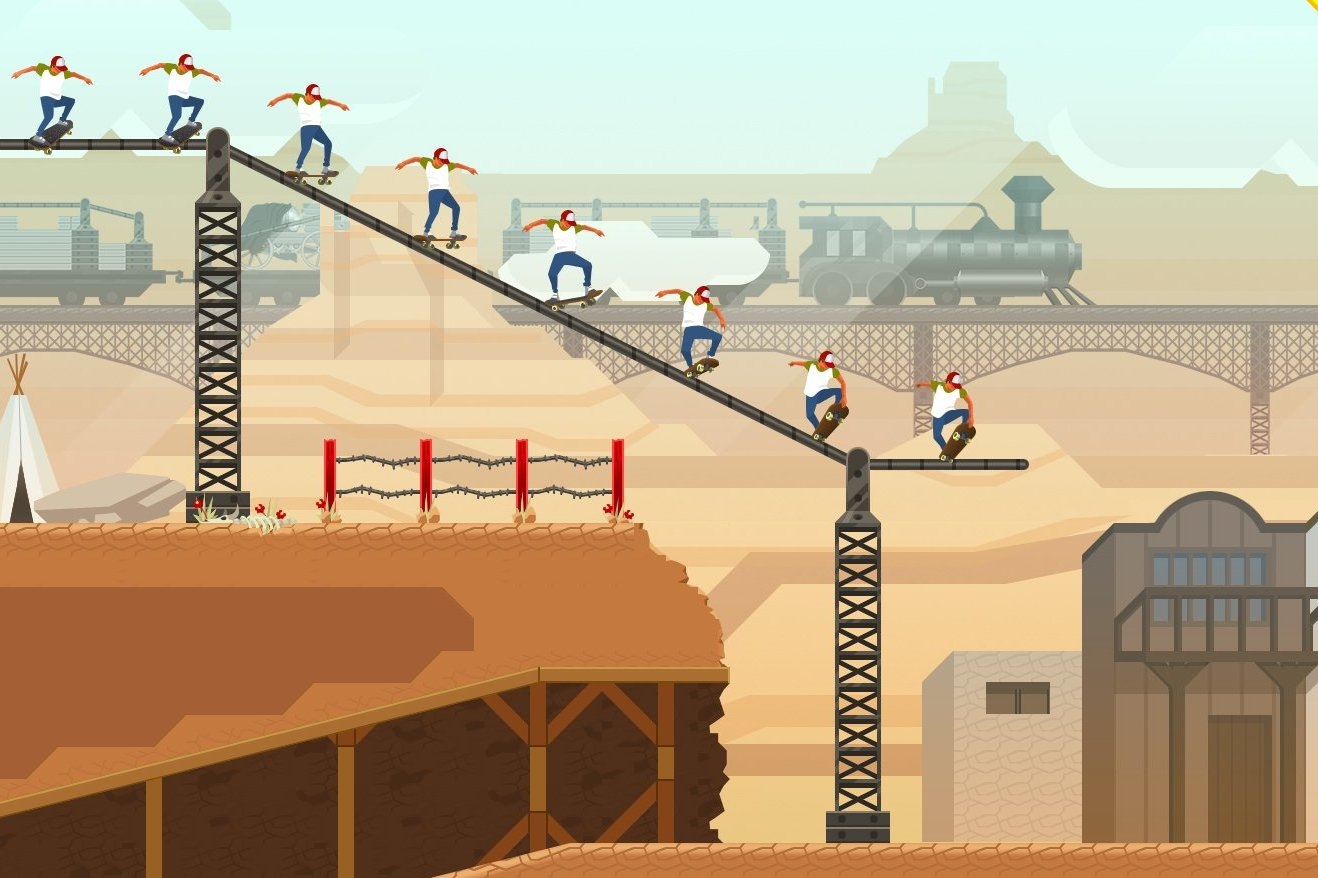 "As opposed to being a skillful, solo experience, it’s now a game you can pop on for an evening with friends and play. It really completely changes your attitude towards OlliOlli."

Rashid K. Sayed: As a skating game, OlliOlli 2 presents a ton of unique challenges, perhaps more than most players could complete given the skill required. How did you go about balancing the game to offer plenty of preparation for the game’s tricks and timing?

Thomas Hegarty: It’s all about the learning curve and teaching players that OlliOlli is something new for your fingers to learn. It’s not impossible, but it needs patience. When you first boot-up OlliOlli2, we put a strong emphasis on getting people to play the first few stages of the tutorial. If you skim through the tutorial, you are likely going to have a bad time.

Throughout the entire game, we sort of keep to the same mantra. If you complete the challenges as they come in, you will slowly pick up the skills to complete the game. Have patience, take it one stage at a time and OlliOlli2 will reward you with the sickest of scores and a #1 Spot on the Leaderboard! The last few levels and challenges will be tough but towards the end we wanted to have a Dark World Super Meat Boy style difficulty.

Rashid K. Sayed: To the point, what is the most essential tip for completing pro challenges and beyond?

Thomas Hegarty: Woah, hard question! It’s different for every person. If you take your time to try and master similar challenges in other stages, it sometimes helps you warm up. Other times, taking a break and returning to the game really refreshes yourself AND your fingers!

1) Use the Skatepark to practice specific tricks. If you use Manuals part 2, you get a long grinds and lots of flat so you’re free to try without fear of slamming!

2) Timing is everything, the closer you can get to perfect landings and manuals the better. Also, Perfect Grinds are key.

Rashid K. Sayed: What is the status of Combo Rush mode and how will the split-screen element change up the overall game?

Thomas Hegarty: As opposed to being a skillful, solo experience, it’s now a game you can pop on for an evening with friends and play. It really completely changes your attitude towards OlliOlli. We can’t wait to share more about it VERY soon but there will be four different modes and a very cool tournament set up. Shouldn’t be much longer – can’t wait to get it in people’s hands as soon as possible! 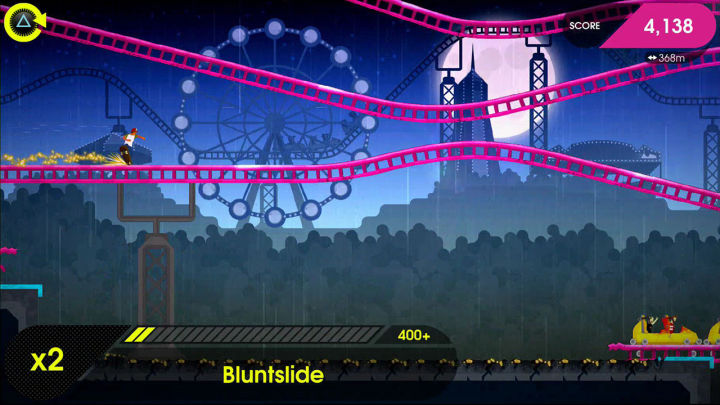 "If you can build your game and get it working on the cloud, it means anyone with a stable Internet connection could have access to your game."

Rashid K. Sayed: What are your thoughts on online multiplayer for the OlliOlli series? Could we see this as future DLC for OlliOlli 2 or in the next release?

Thomas Hegarty: We’d LOVE to, but it would be a completely new infrastructure to us. I can’t see it anytime soon.

Rashid K. Sayed: Speaking of DLC, are there any plans to release more levels and challenges for OlliOlli 2?

Thomas Hegarty: Unfortunately, not at this time, we’re focusing on Not A Hero right now, you can pre-order on steam right here

Rashid K. Sayed: Is there anything you wanted to change with OlliOlli 2 now that it’s finally in the hands of players?

Thomas Hegarty: We’re actually really happy with the end-result – especially after the reviews came in. It was a huge sigh of relief. As every single review came in, we read them and absolutely loved it. It was a fantastic day.

Rashid K. Sayed: As an indie developer, how much does DX12 and the potential of cloud gaming excite you? Do you think indies will ever see benefits from these in terms of cost effective approach and making better games?

Thomas Hegarty: We can’t speak much to DirectX 12, but cloud gaming could be huge if done correctly – especially for PC gaming and design. If you can build your game and get it working on the cloud, it means anyone with a stable Internet connection could have access to your game. It goes the other way too – we don’t have the most powerful computers around, but if we could access that data through the cloud, it would be incredibly kickass!

Rashid K. Sayed: Is there anything else you want to tell me before I let you go?

Thomas Hegarty: If you’re a PC Gamer, keep your eyes peeled for BunnyLord’s shenanigans as we launch our 2D cover-shooter NOT A HERO on 14th May 2015.