One Piece: Pirate Warriors 4 Review – One Versus Many

A cathartic, if not revolutionary, Musou experience.

In a world of chaos, uncertainty, and tension, I’m always happy when I can find something cathartic that allows me to escape, enter another world, and take out thousands of enemies with the push of a button. One Piece: Pirate Warriors 4 is an incredible candidate for this role. In my time going through some of the classic One Piece story arcs, I found a great balance of fighting interesting bosses, learning its simple yet rewarding combat, experiencing its narrative, and, of course, mowing through more low-level enemies than I can count. While it doesn’t push boundaries for the genre and contains some frustrating design choices, One Piece: Pirate Warriors 4 is a formidable entry to the series that offers a lot of content to fans of One Piece and to those seeking a cathartic, smooth experience.

As with its predecessors, Pirate Warriors 4’s gameplay mirrors the Musou genre’s hack and slash focus, with its ability to garner combos into the thousands and knock out hundreds of enemies in one fell swoop. This type of one-versus-many gameplay is at the core of the game, and it allows for incredibly rewarding moments of mowing down entire legions of enemy soldiers all at once. Virtually every mission sees you in some way going up against a seemingly insurmountable number of enemies that, when defeated, make you feel like an unstoppable force who deserves the treasure at the heart of One Piece. New to the series is that these attacks happen both on the ground and can be taken into the air, which allows for a lot more variety in combat and can get you out of some sticky situations. Plus, going airborne with a few dozen enemies in your grasp never stops being fun.

"One Piece: Pirate Warriors 4 is a formidable entry to the series that offers a lot of content to fans of One Piece and to those seeking a cathartic, smooth experience."

While taking down thousands of grunts can be rewarding, the most important enemies are those sprinkled throughout who have names or titles. Many of these are familiar characters who ultimately become playable later on, while others are nameless and are there just to block your path. The most interesting of these primary enemies are the Titans, one of the other big new entries into the series.

These are massive versions of new and returning bosses, like Big Mom, and are some of the most interesting you’ll fight throughout the course of the story mode, as their scale and power force you to adjust how you attack them. In fights against any number of enemies, though, it’s disappointing to have a dizzying, confusing camera when locking onto an enemy. Especially when there are multiple enemies that can be locked onto, the camera seems as though it doesn’t know what to do, which makes fights much more difficult, and, at times, the inability to accurately see who I was locked onto and where they were was the difference between success and failure.

Like in previous games, combat is relatively straightforward. Each character has two basic attacks and up to four special attacks at a time. While combinations of these attacks make for good strategy and an easier time, there is a tendency to button mash, which ultimately can get you through most fights. The cast of characters is again improved from Pirate Warriors 3, now boasting over 40 at launch, though many of these are not playable within the Dramatic Log of the story. 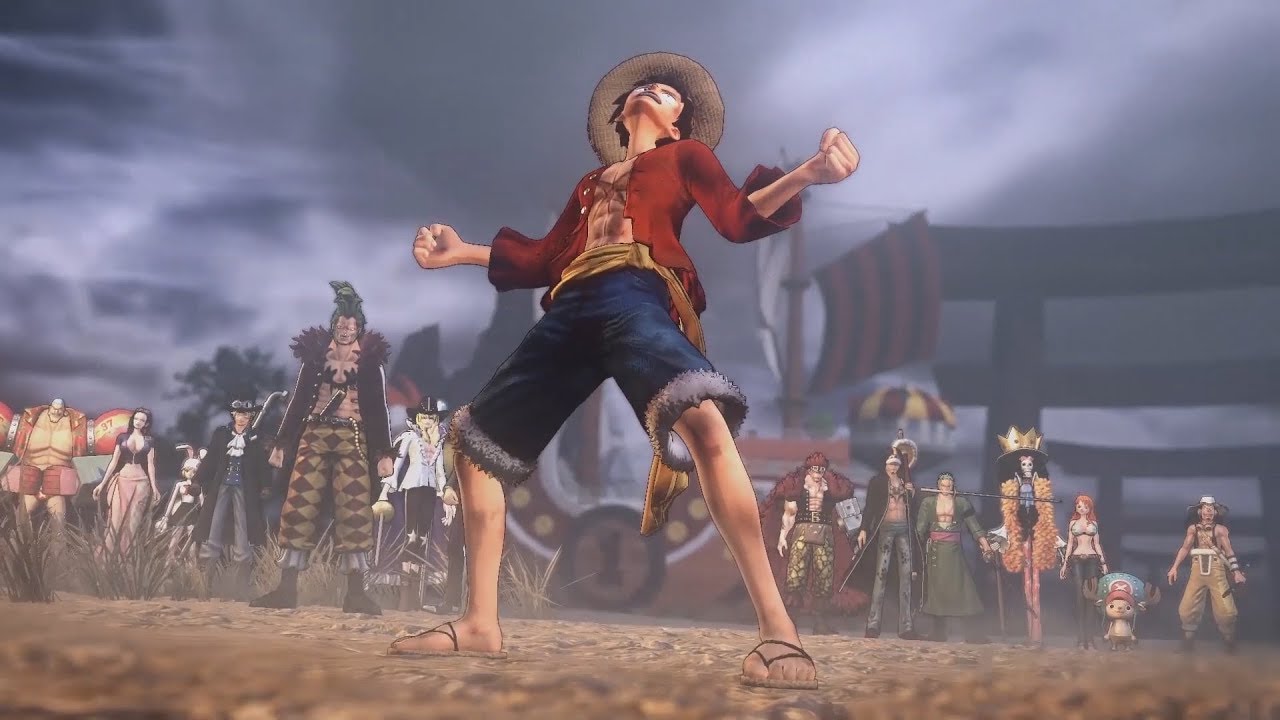 "While combinations of these attacks make for good strategy and an easier time, there is a tendency to button mash, which ultimately can get you through most fights."

Split into the four categories of Power, Speed, Technique, and Sky, characters within each group tend to have similar playstyles. While you’ll likely find yourself gravitating toward one category or one character, as I did with Zoro and Power style fighters, almost all of them are fun to play with, including new characters like Carrot. Some missions will force you to play as a certain character for story purposes, but I recommend trying out a variety of fighters and styles, as some will surprise you at their versatility and smoothness in combat.

You’ll likely spend most of your time with Pirate Warriors 4 playing through the Dramatic Log, which contains the game’s main story and took me just over 20 hours to complete. With six main arcs, this story covers much of the same ground as the show, condensing hundreds of episodes of the Straw Hat Pirates’ journey into just five of the game’s arcs.

This means there’s a lot of rapid storytelling in cutscenes between missions and arcs that can get a little frantic, but it’s ultimately worth it to see each piece of the puzzle. The sixth arc, which covers the Land of Wano, is entirely new for the game. It’s a welcome addition to the saga and fits well into the world. Fans of the series will be in familiar thematic territory here and for the rest of the Dramatic Log, which will allow them to enjoy the story, both new and old. 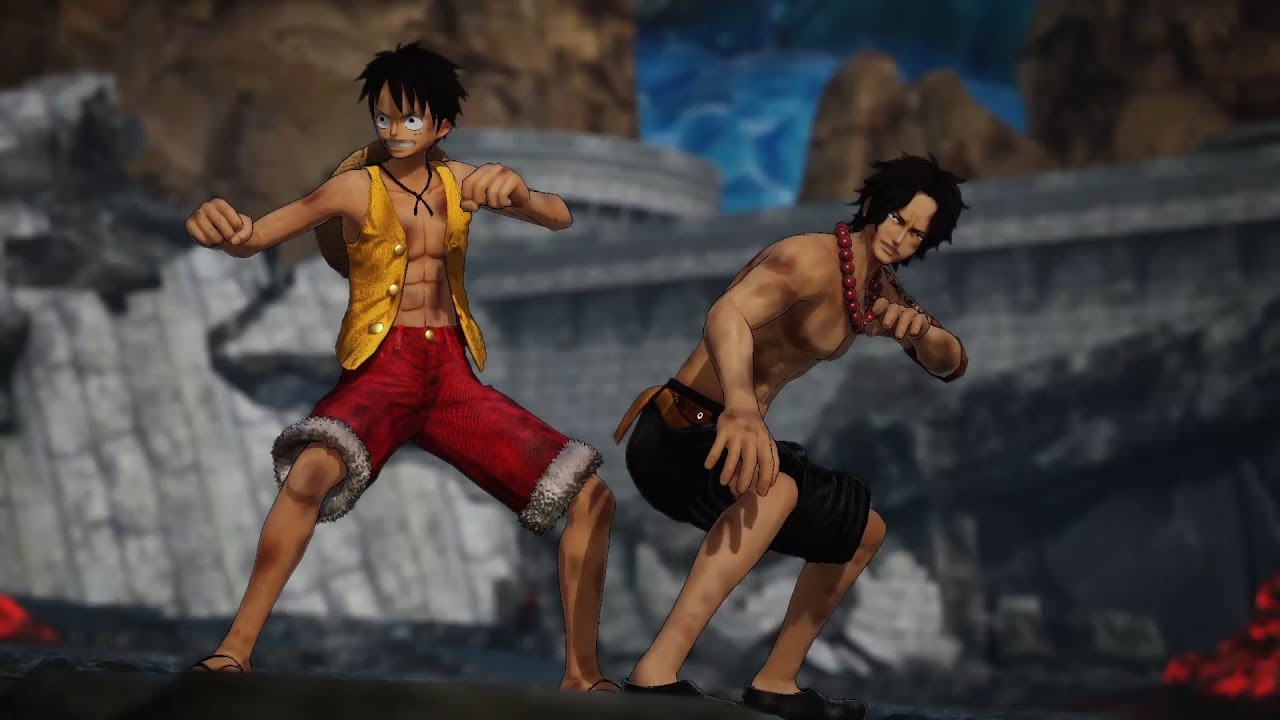 "With six main arcs, this story covers much of the same ground as the show, condensing hundreds of episodes of the Straw Hat Pirates’ journey into just five of the game’s arcs."

Each arc contains a series of missions that see you going back to a set of one or two main environments. The maps can get a little labyrinthian at points, especially when you come across blocked paths that have to be worked around, but they’re diversified enough to make them enjoyable throughout, especially within the Whole Cake arc. Each mission asks you to complete an overarching objective, such as “Escape to the Ship” or “Find a way to the Prison Library,” but the mission objective evolves over time and rarely goes as planned. New to the series are side missions that ask you to perform a specific task within the overarching objective, like taking control of a certain area or defeating a side boss.

Though I didn’t find myself doing all of them, as they aren’t required to push forward in the story, they offer nice rewards and add new twists to take you away from the mission’s critical path and see new ways to play. As missions evolve, though, the UI can become a hindrance. Mission objectives often take up a large portion of the middle of the screen, even during combat, and there’s very little to let you know when you’re being hit or are low on health, which is frustrating because of the requirement to restart an entire mission if you or a teammate dies.

In addition to the Dramatic Log are the Free Log, which allows you to replay any story mission with any unlocked character, and the Treasure Log, which allows you to play additional missions that go alongside the main story. Like side missions, the Treasure Log allows for another way to experience the combat and see more of the One Piece story if you’re itching for more. These two offer ever more content for fans and give you a little more bang for your buck, and they’re welcome as alternative methods to experience the game’s strengths. 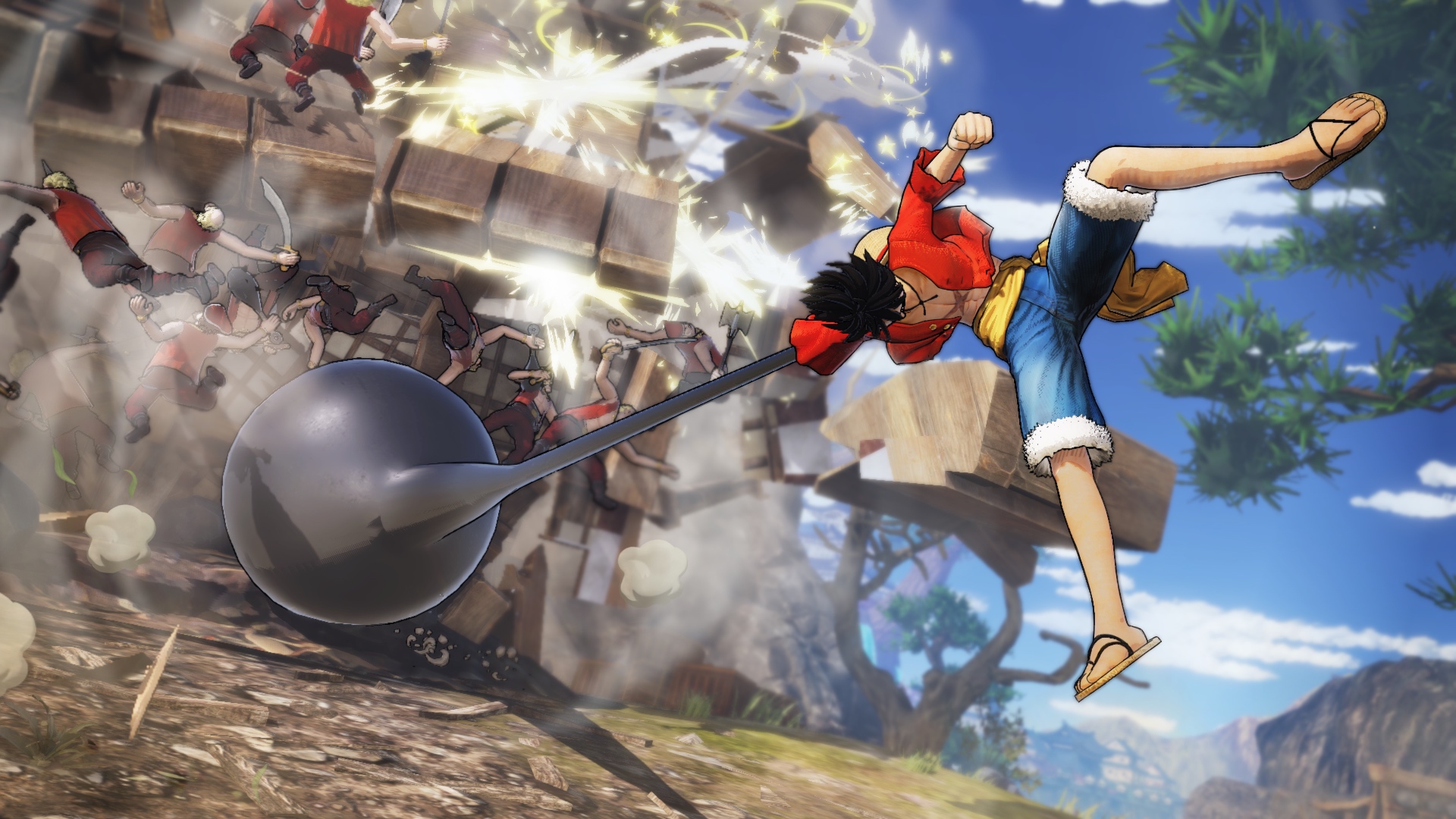 "The maps can get a little labyrinthian at points, especially when you come across blocked paths that have to be worked around, but they’re diversified enough to make them enjoyable throughout, especially within the Whole Cake arc."

Even when I was frustrated with Pirate Warriors 4, I always found my way back to a simple dash through enemies, taking them all into the air, and satisfyingly taking them all out at once. This is the feeling I got for most of the time playing through it. While some of the design choices took me out of the experience, I could always go back to its combat to get another thousand-hit combo or take down a massive boss, all while being able to experience the classic One Piece story and its new additions. For fans of the franchise, this is a welcome addition, and for many others, there’s a lot here, from its great Musou gameplay to its affecting story, that makes it worth recommending.

Final Verdict:
GREAT
Despite some frustrating design choices, One Piece: Pirate Warriors 4 makes some welcome additions to the One Piece story and the simple yet enjoyable combat, making for a great entry in the saga.
A copy of this game was provided by Developer/Publisher/Distributor/PR Agency for review purposes. Click here to know more about our Reviews Policy.