Onimusha: Warlords Remastered Review – Back From The Dead

An excellent excuse to revisit an incredible action title.

Posted By Shubhankar Parijat | On 15th, Jan. 2019 Under Article, Reviews

The Onimusha franchise has been dormant for over a decade now – unless you count the browser-based 2012 title Onimusha Soul – but eighteen years after the first game in the series, Onimusha: Warlords came out on the PS2, Capcom have brought back the classic action game to modern consoles with remastered visuals and a few contemporary additions. While it might not be the proper Onimusha sequel that we’ve all been craving for so many years, Warlords’ remastered version is still an excellent excuse to jump back into what has to be one of the best and most underrated PS2 games ever made.

"While it might not be the proper Onimusha sequel that we’ve all been craving for for so many years, Warlords’ remastered version is still an excellent excuse to jump back into what has to be one of the best and most underrated PS2 games ever made."

While Capcom haven’t made any radical improvements to the original version of the game, the remaster still makes enough changes and adds enough new things to help modernize an already excellent experience. For starters, the visuals have received a significant facelift, with everything from the character models to the environments to even the CG cutscenes having been touched up to HD resolutions. Everything looks crisper and sharper, with an extra level of detail clearly visible, and though it’s not uncommon to see a few blurry models or weird looking character models here and there, that’s more a product of how long it’s been since they were designed than it is an indictment of the remastering job Capcom have done.

Onimusha: Warlords Remastered also performs very well, with a solid and consistent frame rate that rarely buckles, which is always a bonus in any game, but especially so in an action title that requires quick reactions and reflexes. The one aspect of the game that doesn’t look too good visually is its pre-rendered backgrounds. Owing to the very nature of what a pre-rendered background is, it wouldn’t be fair to criticize Capcom for not improving upon the originals for a remaster – unless you’d expect them to have redrawn higher resolution backgrounds from scratch, which, again, really isn’t a reasonable expectation. What they can be criticized for, however, is that they haven’t aged very well, and all too often look muddy and lacking detail. As a result, they often stand in stark contrast to the rest of the game’s visuals, which are much sharper and more polished, and can be jarring to look at as such.

The other major change that this remaster makes to Onumisha: Warlords is that it allows you to control your character with an analog stick- for a game featuring tank controls and fixed camera, you can imagine how useful that is. Movement feels a lot more accurate and intuitive, and as a result, combat is also elevated significantly. While in the original Onimusha, having to wrestle with movement was often an issue, such isn’t the case in the remaster, and the entire experience feels tighter and smoother as a result. Of course, if you would rather control your character with the d-pad like in the original release, that option is still there for you. 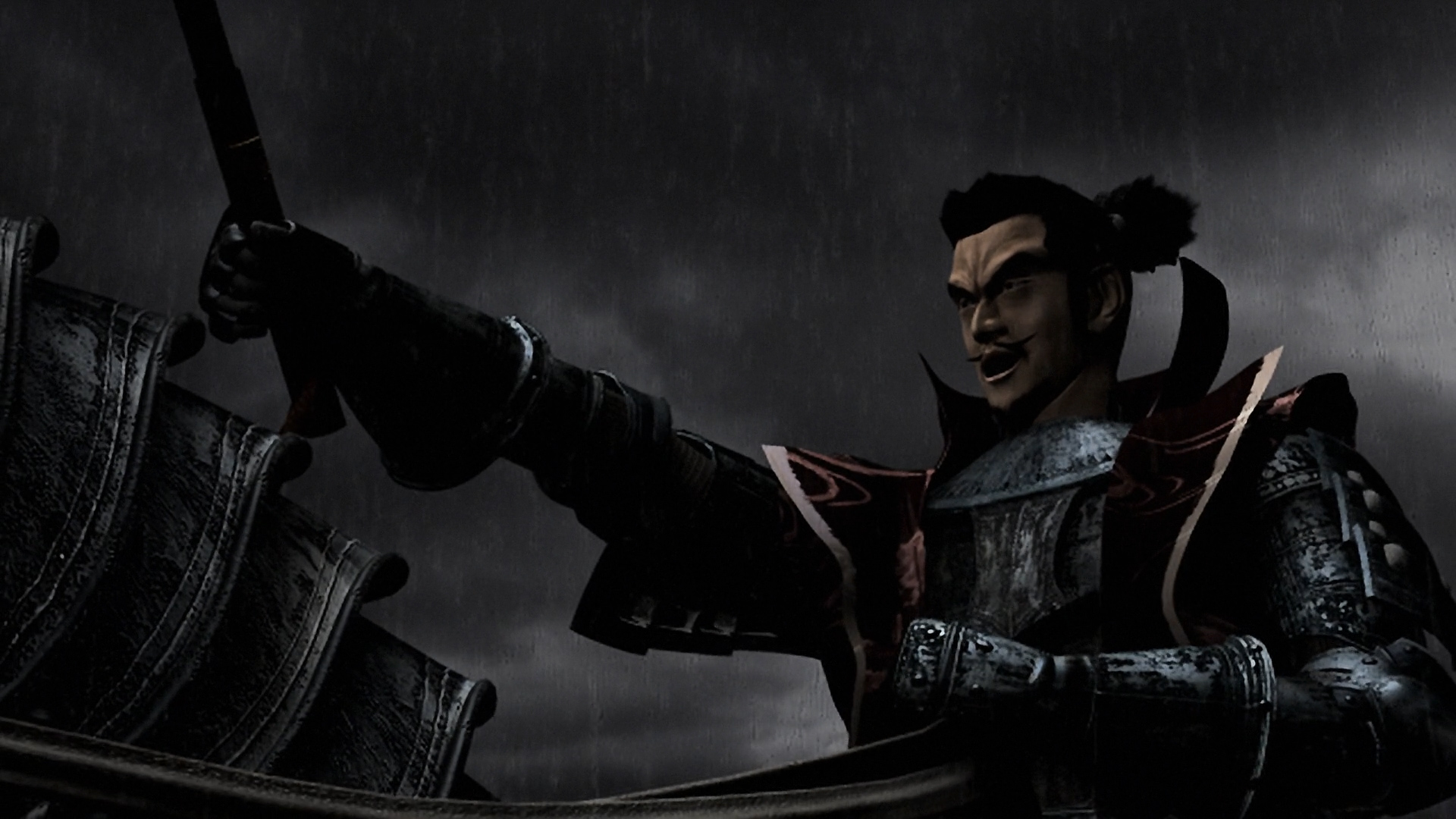 "The other major change that this remaster makes to Onumisha: Warlords is that it allows you to control your character with an analog stick- for a game featuring tank controls and fixed camera, you can imagine how useful that is."

This a change that I appreciate more than I otherwise would have because of how excellent the combat in Onimusha is, and because that excellent combat deserves to be elevated in every way possible. Unlike a lot of action games that follow similar structures, Onimusha’s combat is slow and methodical. Whaling away at enemies is almost never a good idea, and when faced with larger groups of enemies, or even some of the bosses you run into (which almost never fail to impress, by the way), death can come all too easily. Positioning and picking the right time to attack is vital in Onimusha, but equally as important is evading or blocking attacks. The game’s fixed camera perspectives also only serve to add to all this, as enemies can often creep up on you from corners or out-of-view angles, making spatial awareness also quite important.

Collecting the souls of enemies you down in Onimusha is also a fundamental part of the gameplay loop. This doesn’t happen automatically, nor does it happen by simply being in close proximity to the souls- no, you have to physically hold down a button to get all the souls to come to you. While you’re doing this, your character is rendered immobile, and neither can he attack, nor can he block, and the fact that collecting all the souls is also a process that can also take a handful of seconds (depending on how far away those souls were from you on in the room) makes it an even more dangerous thing to do in the middle of combat. Waiting until after the combat scenario is over also isn’t an option, because those souls don’t stick around forever. With all of this in mind, picking the best moment in the middle of a tense skirmish to get away from a group of enemies to collect souls makes every encounter even more tense. And, of course, being able to use multiple weapons, which come with different powers and abilities, and feel appropriately different from each other, lends a nice dose of variety to the proceedings as well.

The one thing that Onimusha: Warlords Remastered has going against it, which was also a knock against the original game back when it launched in 2001, is its length. The entire game can be completed in roughly five to six hours, a number which can even fall down to three or four if you know what you’re doing and have played the game before. That is, of course, not a criticism against the remastering work Capcom have done, but it is a criticism of the experience itself. Does the short runtime justify the $20 price tag that the game has launched with? That really depends on how much you like Onimusha. 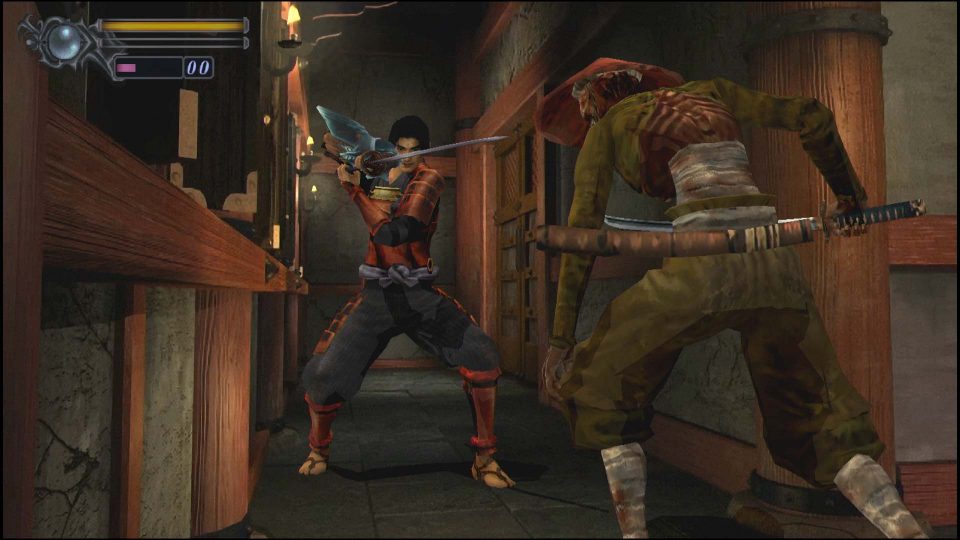 "Does the short runtime justify the $20 price tag that the game has launched with? That really depends on how much you like Onimusha."

It’s pretty clear that Onimusha: Warlords Remastered has been sent out into the world by Capcom as a test of sorts- to gauge just how much interest this property generates. At least, I hope it is, and that this is indeed a test run before Capcom takes the deep dive with a proper sequel- more than anything else, this remaster should serve as a reminder of how excellent this franchise could be at its best. Onimusha: Warlords was a great game back when it first launched on the PS2, and eighteen years later, it is just as good. It has aged remarkably well, and this remaster should serve as both, a welcome return for those who’ve played the original, and an excellent way to be introduced to the game for newcomers.

This game was reviewed on the PlayStaton 4.

Revisiting Onimusha: Warlords with this remastered release should be a treat for all fans of the original, while if you've never played it before, it's also an excellent opportunity to experience a classic action title that has aged surprisingly well.

A copy of this game was provided by developer/publisher for review purposes. Click here to know more about our Reviews Policy.
Tagged With: capcom, nintendo switch, onimusha: warlords, pc, ps4, Xbox One