The future is an enchanting prospect, and one that is ripe for envisioning through the medium of books, TV, and of course, games. Will humans be the masters of machines, or will machines rule us? And what about the megacorps that seem to have increasing control over our day-to-day lives? At the center of all this speculation lies cyberpunk, a sub-genre of sci-fi fiction that so many people know all too well at this point. Cyberpunk has become an increasingly popular backdrop for video games over the last few years, and one of the most anticipated games of recent memory was built around this very concept.

Cyberpunk 2077 may not have lived up to the lofty promises and high expectations that years of hype and marketing accumulated – but there are so many upcoming cyberpunk-based releases that can quench that thirst instead. We previously talked about BlueTwelve’s Stray in this feature series and how that could end up being one of the biggest releases of 2022, and today we will be taking a look at NIVALIS – a cyberpunk game with rather unconventional yet interesting concepts which look to be shaping up to be one of the more unique games coming out in the near future. 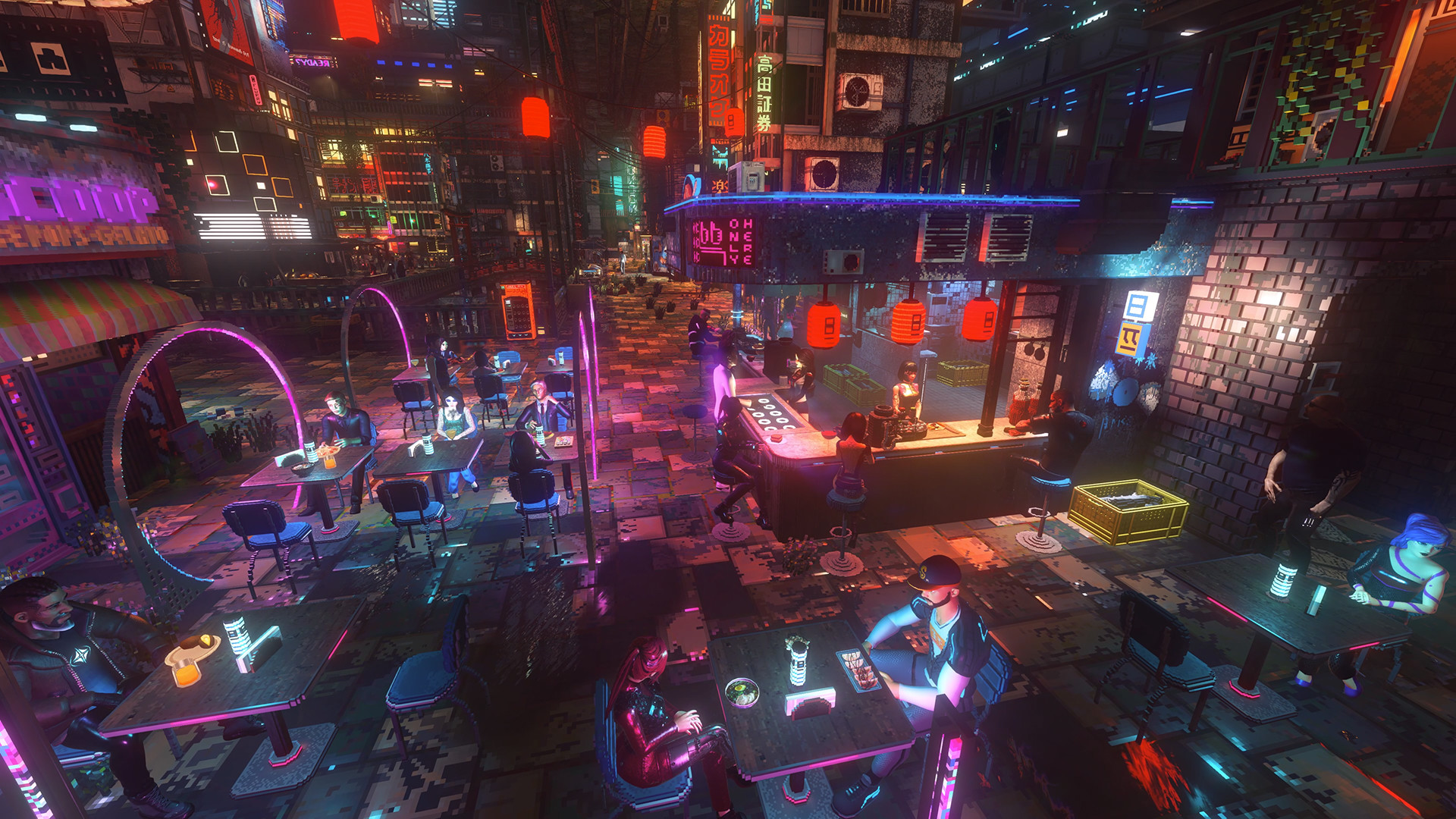 Currently in development at ION LANDS, Nivalis is an open-world life-simulator set against the backdrop of a futuristic dystopia. The developer has previously worked on Cloudpunk, which was another excellent cyberpunk neo-noir thriller that fans of the sub-genre should totally check out. Furthermore, the developer also worked on Phoning Home, and while may not be the most polished of experiences – the two projects cumulatively show the passion and skill the developer has for sci-fi and cyberpunk. To that end, Nivalis looks to be a natural step forward for the developer, as it seems to be taking all the learnings of its past projects and setting up a stage so large that it completely dwarfs the scope of anything that it’s done before.

Fun fact: Cloudpunk and Nivalis share the same universe, so it’s also possible that fans may encounter some narrative breadcrumbs linking the two experiences together.

Nivalis is a cyberpunk dystopia, and from what we have seen – it certainly lives up to its name. Nivalis is dotted with neon signs dominated by vibrant colours like pink, purple, and blue. The city skyline is bustling with air traffic as denizens of the city travel through their hovering cars all while a metro line speeds through the middle of the city. True to the spirit of cyberpunk, there are different sections of the city, housing different types of people that all coalesce together to form the city’s population. There are rich businessmen who live a life of luxury inside their high-rise apartments, and there are the low-life gangsters who will harass anybody foolish or brave enough to stand in their way. 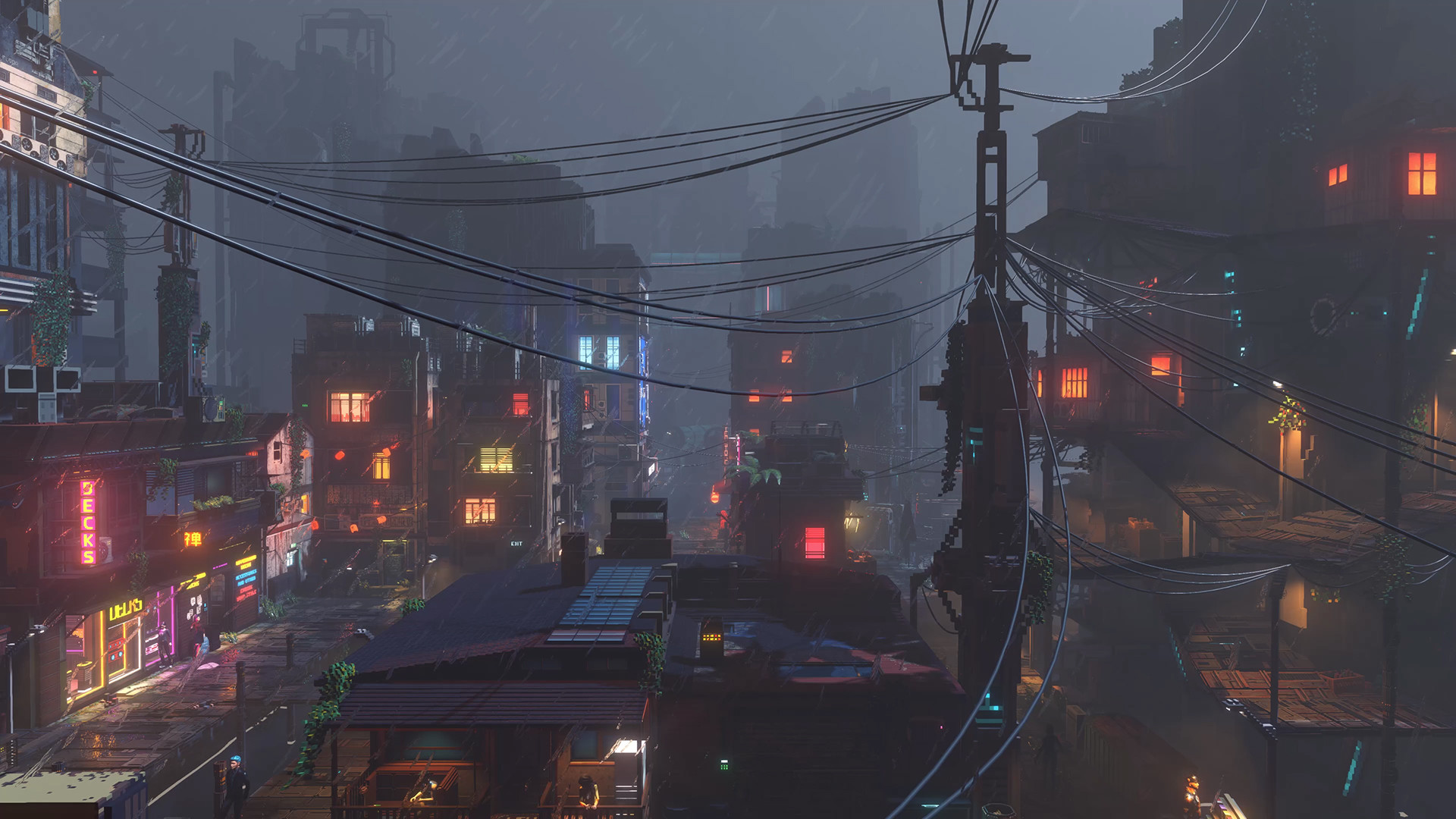 Then there’s you, a hard-working man sandwiched between the two aforementioned social strata as you try to make a life for yourself in this oppressive environment. Nivalis sees players controlling their character through the first-person perspective, and they start off their journey through a small business such as a noodle stand or a stim store. It’s your job to run your business and find different means of growing it. For instance, you could add up more tables and chairs to your restaurant to accommodate more customers. Or you could add a bit of decoration to your premises to make the ambiance more pleasing for a customer. Or you could instead dump those resources into growing your own herbs and plants to save up on raw materials. It seems that there are a lot of paths that players can take to grow their businesses, and it’s all looking really promising right now.

Of course, after a certain point – players will have accumulated enough money and resources to start up other businesses. And should players keep making the right moves at the right time, they will be one of the biggest stakeholders of Nivalis‘ bustling nightlife. In that regard, Nivalis is looking to be a lot like Stardew Valley since it’s trying to build an addictive gameplay loop of increasingly bigger goals and by extension, accumulating greater rewards.

Apart from their business goals, players will have the option to chase some personal goals as well including buying a house and expanding it with luxurious furniture and what have you. Furthermore, Nivalis also offers players the option to indulge themselves in other distractions – such as going out fishing or interacting with different NPCs who will have their own life stories to tell. The developer has stated that players will also have the option to pursue romantic interests in Nivalis as well, which is a neat touch on top of all the different styles of interaction the game seems to be offering.

Let’s also briefly talk about the visuals. Developer ION LANDS first introduced its Minecraft-Esque Voxel-based art style with its prior release Cloudpunk, and it seems to be building upon that style with its upcoming release. Nivalis boasts incredibly gorgeous visuals, dominated by vibrant colours such as pink and purple. At any given time, there is a multitude of light sources illuminating the landscape – which culminates in a very distinct and lively presentation that’s a treat for the eyes. Furthermore, the plentiful reflections from these numerous light sources in the rain-drenched streets and alleyways just scream cyberpunk. Long story short, when the game is firing on all cylinders – Nivalis can look pretty convincing. 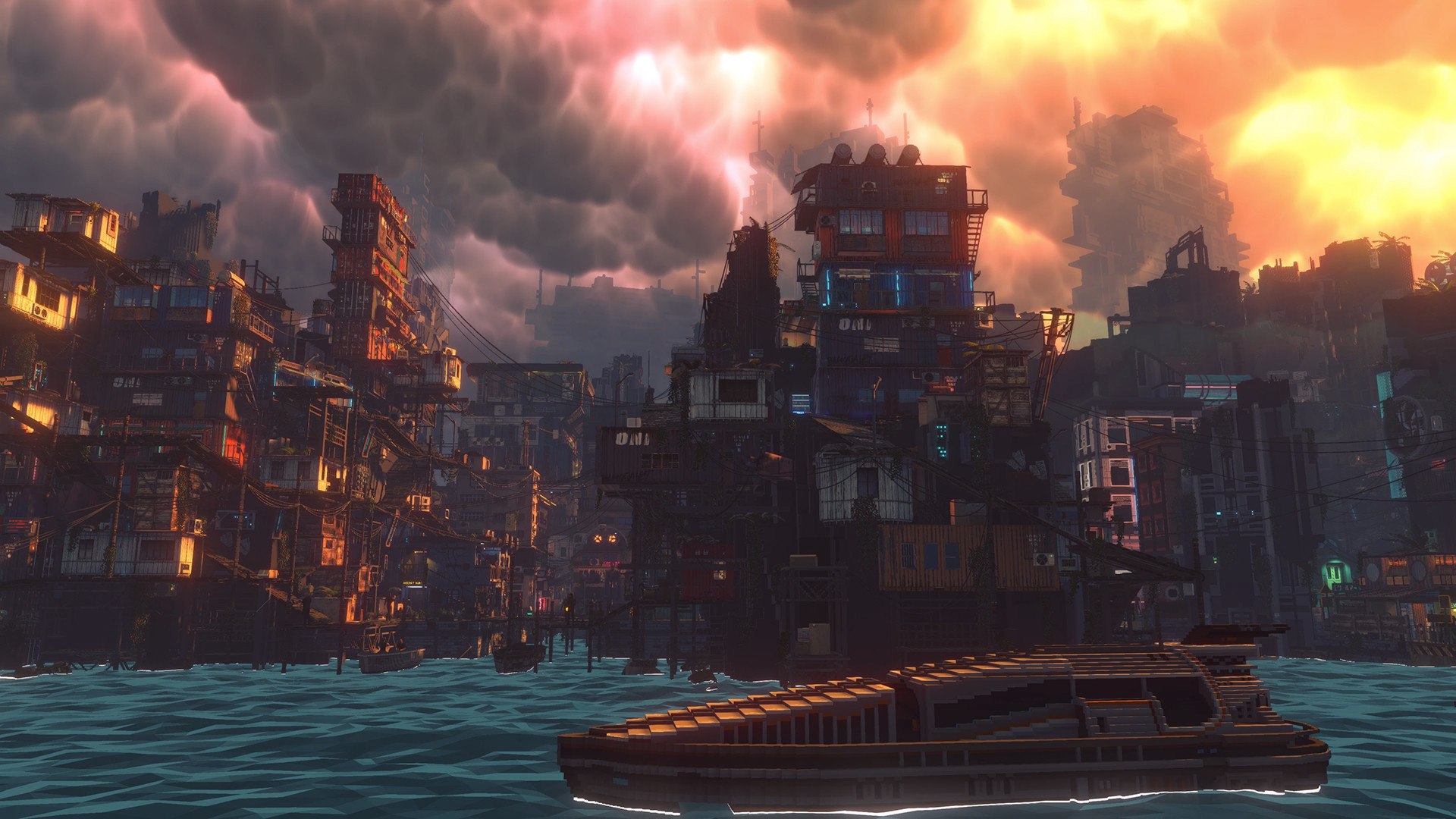 Then there’s the topic of release. Unsurprisingly, ION LANDS hasn’t provided much details regarding Nivalis‘ release date. That said, we do know that it will be releasing on PC only through Steam and the Epic Games Store. At the moment, there’s no word on whether Nivalis will be releasing on console platforms or not – but we are hopeful that this will be the case indeed. Cloudpunk released first on PC in a similar vein, but the developer released console ports a couple of months after that. Considering that and the fact that ION LANDS has a great backing in the form of publisher 505 Games, it seems that we will get console ports of Nivalis sometime post-release.

But let’s not get ahead of ourselves just yet, and without any official information on the matter – the best course of action is to always keep expectations in check. Regardless, Nivalis is shaping up to be a great title – thanks to the developer’s great understanding of the cyberpunk sub-genre and what exactly makes it tick. Sure, Nivalis isn’t as action-heavy with its mechanics and pacing as most other contemporaries on the market, but it is something that helps it stand out in its case. To that end, one could describe Nivalis as Stardew Valley but set in a cyberpunk dystopia. And while that description may sound reductive to some, but if the developer nails what it’s promising – Nivalis could turn out to be yet another great hit for ION LANDS, and to us fans – a cyberpunk game that we both need and deserve.