Remember that game Operation Flashpoint: Dragon Rising, I do and it was pretty fun, but now another game is on its way in the series entitled Operation Flashpoint: Red River for the Xbox 360, Playstation 3 and PC.  The game will be released in 2011 sometime between April and June according to VG247.   Red River will have drop-in, drop-out online play during co-op campaign with up to four players as well as other co-op game modes. The game is set in the year 2013 in Tajikistan along the Vakhsh River. You will once again take the role of the U.S. Marines taking on the threat of the Chinese PLA bringing us the Operation Flashpoint classic realistic plots that could occur. That is one of the reason I like the franchise so much, because of the plot and story being so plausible, it’s almost kind of scary.  Check out the live action trailer above with the music being the one and only Johnny Cash with “The Man Comes Around”. 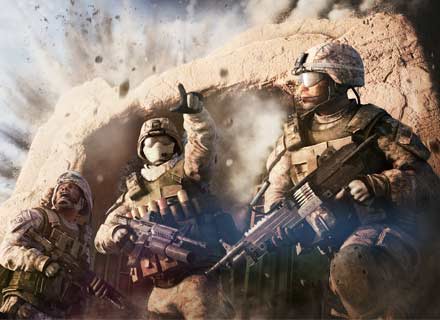