Living up to its name in every imaginable way.

The Orcs Must Die! series might have one of the most efficient titles in gaming. There is a seemingly infinite number of orcs attacking you, and your mission is to kill them all. Orcs Must Die! 3 doesn’t pull any of the punches that its title implies. More so than any of the past games, it takes the orc killing gameplay the series prides itself upon and turns it up a few notches by increasing the number of ways that you can approach its tower defense, alongside implementing impressive new War Scenarios that see you killing hundreds of orcs at once. There’s a lot to love about Orcs Must Die! 3, and, while it falls into a few of its own traps, it makes killing orcs as fun as it’s ever been.

Anyone familiar with the series will instantly recognize Orcs Must Die! 3’s third-person tower defense gameplay. The orcs’ only mission is to enter a rift located somewhere central to the level, and if a certain number of orcs enter that rift over the course of multiple waves, you lose. Before every wave, you’re given time to place traps and weapons around the map in the hopes of killing every orc that enters your vicinity. You begin with access to simple spike traps and wall-mounted arrow launchers, but over time your arsenal expands with a lot of variation.

"More so than any of the past games, Orcs Must Die! 3 takes the orc killing gameplay the series prides itself upon and turns it up a few notches by increasing the number of ways that you can approach its tower defense, alongside implementing impressive new War Scenarios that see you killing hundreds of orcs at once."

Naturally, you hope to place traps in locations that can take out as many orcs as possible, so you might place an arrow launcher on a corner wall that every orc has to pass and a spike trap in front of the door they enter from. What becomes impressive is how much your defenses get beefed up by the time you reach later waves of a level and how different this can be on different runs, especially when you have access to traps that can work with each other. With the money you earn from killing orcs, you can place more traps and kill orcs more efficiently. Over time, this means that a hallway that might have one or two traps in wave one will become a satisfyingly effective hallway from hell for any orc that tries to pass through by wave seven.

The other side of gameplay is seeing what the traps can do while the orcs are invading. Whichever orcs your traps can’t catch are on you to clean up. Through the story, which is set 20 years after the last game but still boils down to voice overs that give you more reasons to kill orcs, you’re given the choice to play as a Sorceress or a War Mage, each of which has their own unique weapon. I played as the War Mage, whose weapon is a magic bow, though I mostly converted to the Blunderbuss because no orc is immune to a headshot from a shotgun. The time during the invasion is a bit of a double-edged sword. Seeing the results of your trap strategies is the reward that everything culminates to, especially in later levels when you can watch dozens of orcs be taken out in seconds. When you have to take over, though, it becomes a mostly average third-person shooter. While it’s definitely enjoyable to use your weapon to wound enemies, it’s most fun when you can do it in tandem with other traps. When you’re left fighting on your own with no help, the game’s cracks begin to show as it moves away from its strengths.

The biggest addition to Orcs Must Die! 3 is War Scenarios, a new type of tower defense level that’s everything great about the base gameplay on steroids. These are story-based levels where you fight literal hundreds of orcs attacking your base and must find ways to kill each and every one of them. To do so, you’re given a special arsenal of tools that aren’t available during regular levels, including explosive barrel launchers, legions of archers, and giant flip traps. 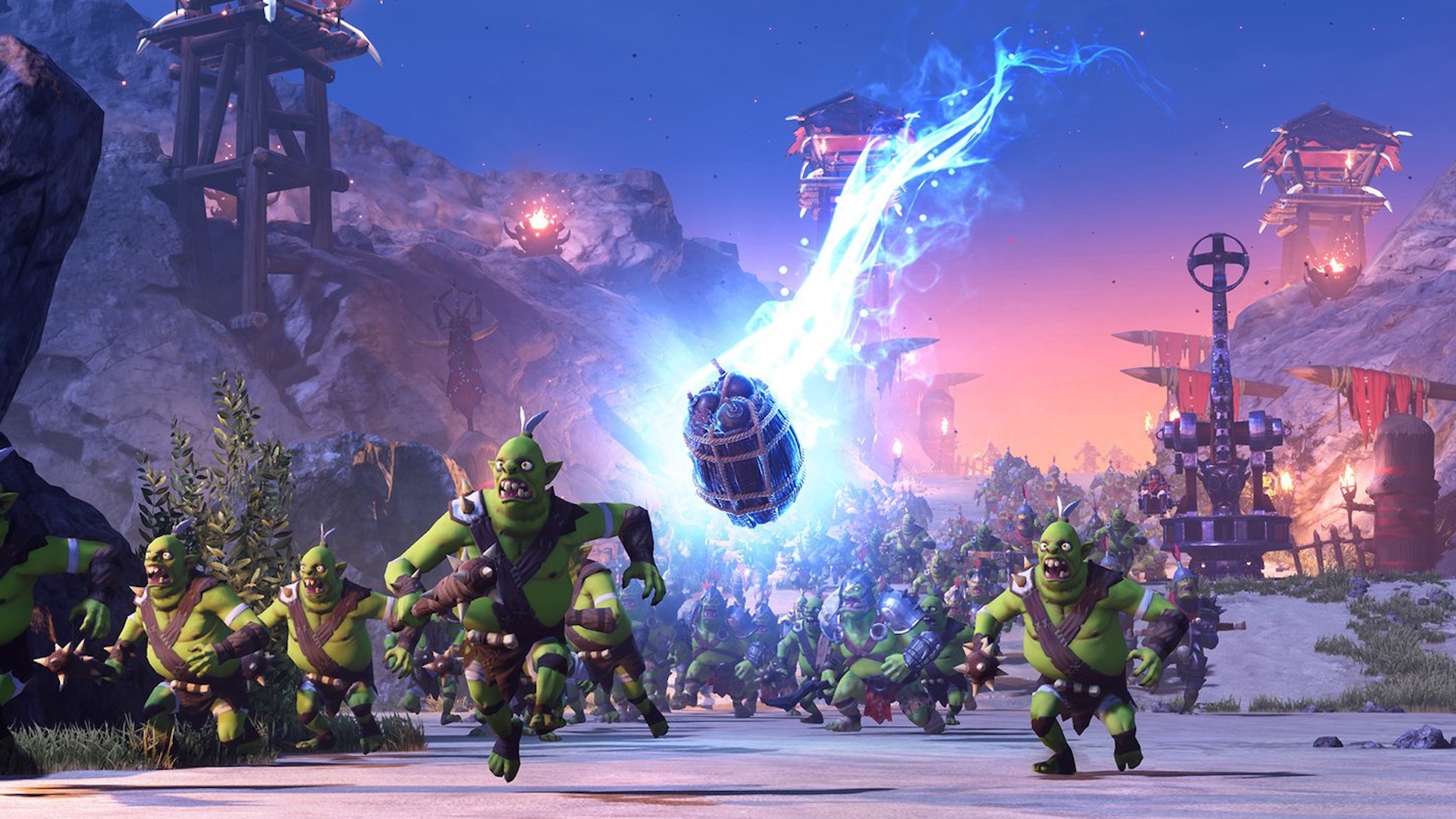 "While it’s definitely enjoyable to use your weapon to wound enemies, it’s most fun when you can do it in tandem with other traps. When you’re left fighting on your own with no help, the game’s cracks begin to show as it moves away from its strengths."

Though I wish these could’ve been placed indoors to balance out their usefulness when enemies reach the main rooms, each of these War Machines can satisfyingly kill a huge number of orcs in a single go, and it’s good that they do because there can be an overwhelming number of orcs if you’re not prepared. The environments for these are generally much larger, and they give you much more money to spend. While they can be a lot to wrap your head around at first, these War Scenarios were highlights because they’re basic expansions of the game’s core strengths. Though there is a tendency to sit in the barrel launcher during the invasion, as it’s the best active weapon you have, seeing an army of hundreds being whittled down never got old and almost made going back to normal levels disappointing because they had a fraction of the scale.

The orcs themselves have enough diversity to keep things feeling fresh throughout. As you become stronger, you’re introduced to bigger enemies like heavy orcs, ogres, and trolls. While they can be annoying bullet sponges, they’re worthy foes. All enemies, though, can be surprisingly dumb at points. While they only have one goal, it’s amazing how easily they can be redirected. Many levels have multiple paths to the rift, but placing barricades in the way of one makes the hordes reroute to the open path, even if destroying the barricades would be much shorter. The orcs don’t take their imminent deaths too seriously, though, as the entire game is filled with a jovial tone. Everything is infused with cartoonishly fluid animation, and the art style complements the lightheartedness well. Orcs have small one-liners about their mission or even a trap they’re caught in, and your player quips back at them often.

Environments, especially in the non-War Scenario sections, are a bit less diverse. They usually feel like similar castle areas with the same walls and structures, though more complex levels have more verticality and complexity in their designs to make them more interesting for strategically setting traps. This is especially evident in the Endless Mode, where you can take full advantage of every nook and cranny of each level if you get far enough. When it comes to the 18 story missions, though, one major drawback inherent in the game’s structure is the way it handles failure. 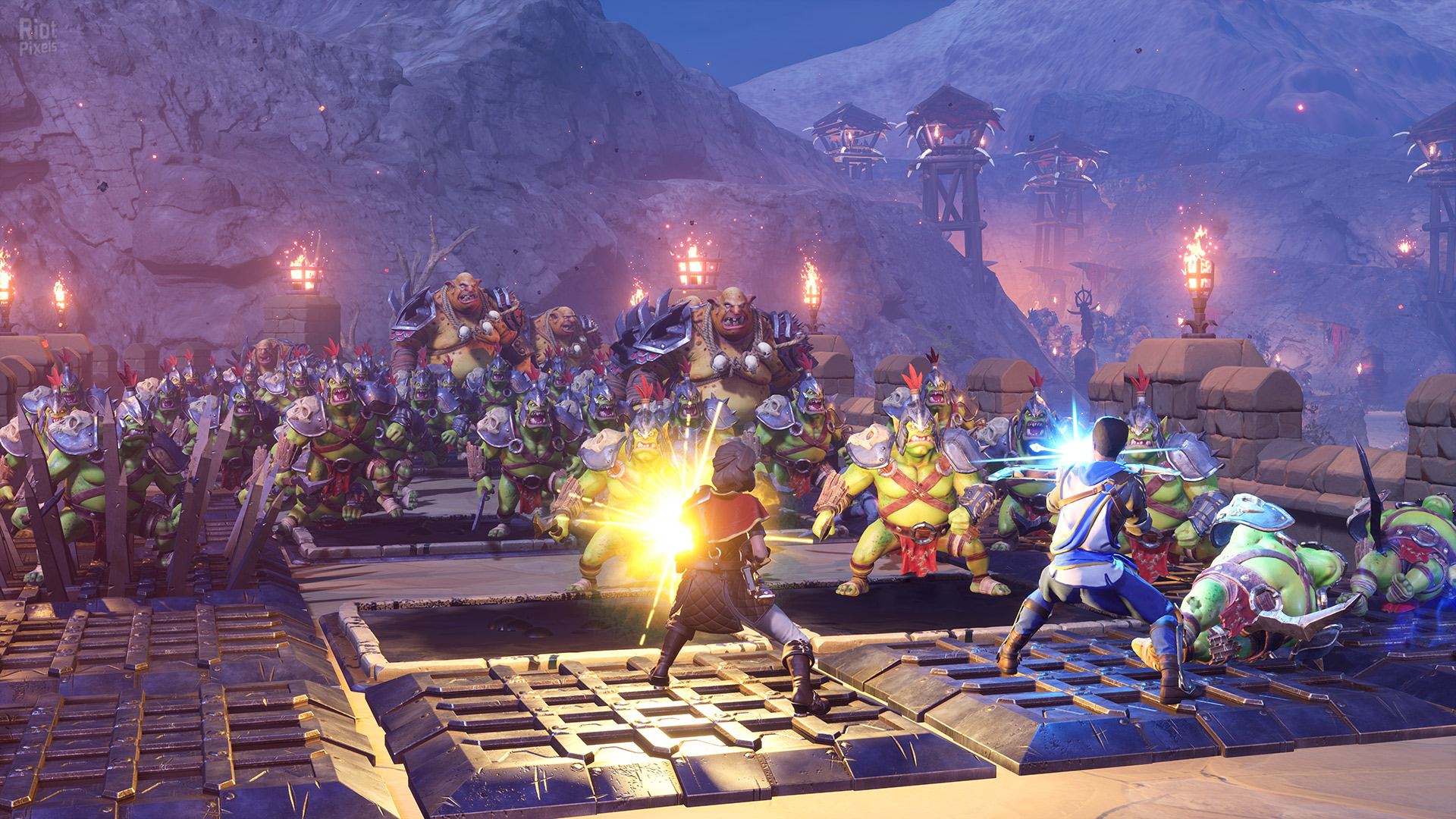 "The orcs themselves have enough diversity to keep things feeling fresh throughout."

Defeats usually happen in the later waves of each level, since they’re the most prone to having trap strategies proven weak, but it often feels devastating to have to restart the entire level after a failure, especially when you’re in late waves and have solid trap placements that you can’t get back. Most War Scenarios, too, end with a special boss-like named enemy who have a special ability, such as being able to disable traps or going after barricades, and they can completely disrupt your strategy without warning. Despite being interesting final-wave game changers, the bosses coming without any pre-wave notice feels like a cheap way to render your entire strategy useless and often were reasons for my failure on the last leg of War Scenarios my first time around.

Orcs Must Die! 3 doesn’t hide anything. From the get-go, its focus is on giving you the platform to kill as many orcs as possible with the tools available. It does this as efficiently and satisfyingly as the series ever has, and the addition of War Scenarios amplifies the scale and exponentially increases the number of ways you can take out orcs. While the gameplay of setting traps and seeing their results is much better than the third-person shooter it can become, it never gets old to take down entire waves of orcs, regardless of method. Much of what makes Orcs Must Die! 3 good remains from the previous games, but it’s still the best on the market for killing immeasurable numbers of orcs in grand fashion.

This game was reviewed on Stadia.

Final Verdict:
GOOD
Despite some hitches in its structure and similar levels, new additions to the orc killing formula make Orcs Must Die! 3 as fun as the series has ever been.
A copy of this game was provided by Developer/Publisher/Distributor/PR Agency for review purposes. Click here to know more about our Reviews Policy.