How is the survival horror game shaping up?

Contrary to popular opinion, survival horror games are still alive and ticking. But it’s safe to say that nowadays the soul of survival horror games only rest among the lesser known indie developers. Take the example of Frictional Games’ Amnesia: The Dark Descent. You simply can’t play the game alone and it literally scares you to death!

Red Barrels’ Outlast is one such game the combines the concept of night vision and camera recording to create one unique horror experience. In order to learn more about this exciting game, we got in touch with Philippe Morin, co-founder of Red Barrels and asked him several questions regarding the gameplay mechanics, indie development and how the game will manage to scare you.

Ravi Sinha: Outlast reminds us a lot of films like Grave Encounters and The Ward – did any particular horror flick or property play a part in influencing the game?

Philippe Morin: The night vision concept came from a video clip sent to us by Hugo, one of the co-founders. From then on, we drew inspiration from a lot of sources. Movies like Shutter Island, Session 9, The Shining, The Thing, REC, Cloverfield. Games we enjoyed like Amnesia: The Dark Descent, Call of Cthulhu, Half-Life, Mirror’s Edge, Condemned, Silent Hill and Resident Evil.

Ravi Sinha: Is there any combat in Outlast, or is the majority of your effort spent avoiding enemies? Also, is there anything to be done once you’re caught, or is it an immediate game over?

Philippe Morin: There is no combat. It’s basically a stealth game with an horror setting. You must avoid confrontation by avoiding, hiding or running away from enemies. They will inflict damage and eventually kill you if you don’t hide and lose them. 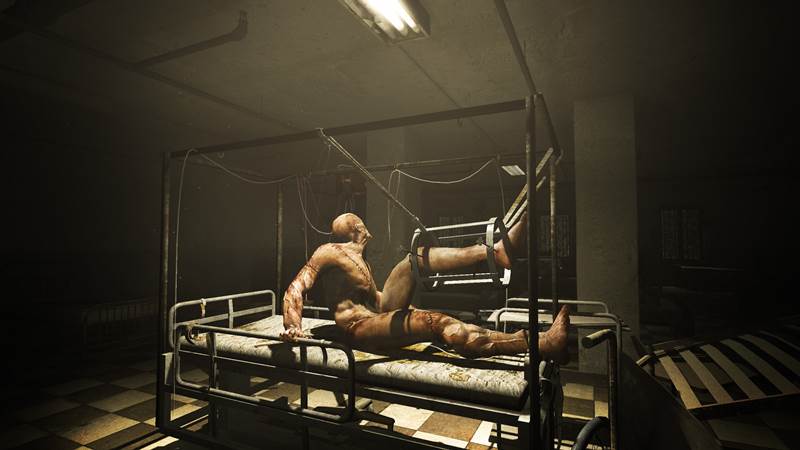 Ravi Sinha: What can you tell us about the camera that the protagonist uses apart from what we’ve seen?

Philippe Morin: Using the camcorder is up to the player. It can be used for the night vision mode only or you can also have it up all the time to record your exploration. Recording specific scenes will give the player additional information about what’s going on at the Mount Massive Asylum. So, it’s really up to the player to decide how much investigation he or she wants to do.

"Sony was the one to reach out to us. They were very proactive. They sent us a dev kit and invited us to E3."

Ravi Sinha: Will Outlast have multiplayer? If so, how will it work?

Ravi Sinha: Sony has been driving to get more and more indie developers on board with the PlayStation 4. Is that the reason for the game only coming to the PS4 and not Xbox One?

Philippe Morin: Sony was the one to reach out to us. They were very proactive. They sent us a dev kit and invited us to E3.

Ravi Sinha:  What features of the PlayStation 4 will Outlast take advantage of? Perhaps the DualShock 4’s touchscreen or Cloud computing? Will it be markedly different from the PC version in terms of visuals?

Philippe Morin: The PS4 version of Outlast will come out early 2014, so we will focus on it after we launch on PC this summer. The PS4 has exciting features, but at this point we can’t commit for sure about anything specific. 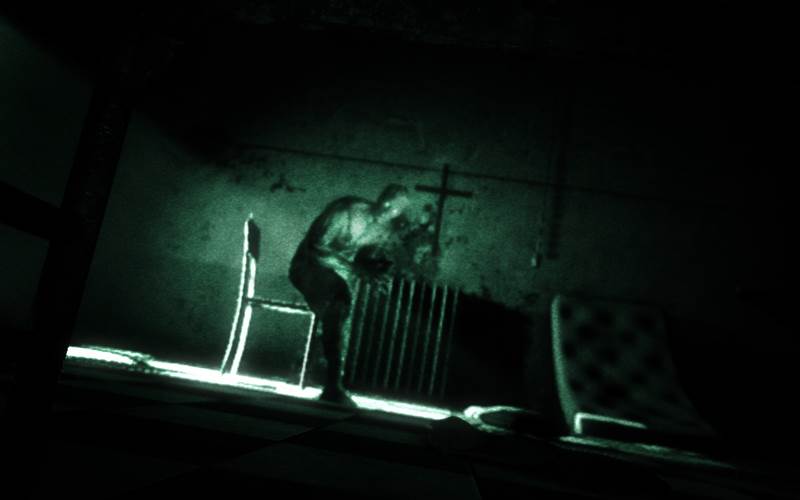 Ravi Sinha:  As someone who is developing on both the PC as well as the PS4, what is your take on the extra RAM on the PS4? Are you guys utilizing it to the max?

Philippe Morin: Development on the PS4 is still early, but I’m sure we’ll be taking advantage of the RAM available.

"Our development background is made of single-player action adventure games like Splinter Cell, Prince of Persia: The Sands of Time, Assassin’s Creed and Uncharted."

Ravi Sinha: Several other games like Dying Light, Daylight, Amnesia: A Machine of Pigs and others are looking to stake their claim in the first-person horror adventure genre. What does Outlast provide that is unique to other titles?

Philippe Morin: What we’re trying to achieve is to put our own spin on the genre. Our development background is made of single-player action adventure games like Splinter Cell, Prince of Persia: The Sands of Time, Assassin’s Creed and Uncharted. So we’re basically letting our own experience shape what the game will become. It’s like when you’re jamming with other musicians, you may start off with the same chords from another song, but the song won’t sound the same.

Ravi Sinha:  What are your thoughts on the current direction of horror gaming in general? It must be a harder niche to fulfill, especially since horror games are becoming more action oriented these days (Dead Space 3 and Resident Evil 6 come to mind).

Philippe Morin: Those games are becoming more action-oriented because big studios are looking for ways to expand the audience of those games. We’re a small team (10 people) and we don’t need to sell millions of copies to be profitable and have enough money to make a second game. So, we’re simply focused on making a game we’d like to play as gamers and of course we hope enough people will dig it. 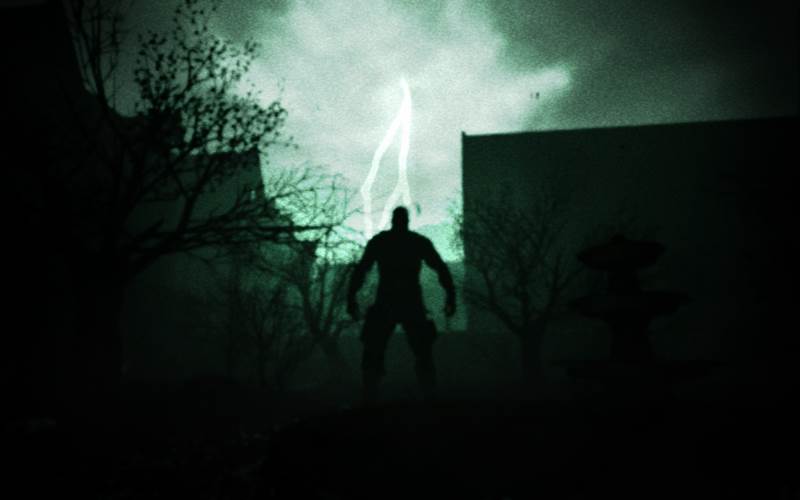 Ravi Sinha: What are your thoughts on next generation consoles, and the influence they will have on both indie games and AAA titles going forward?

Philippe Morin: What we’ve seen in recent years is a democratization of the market. There is a wider variety of games. A mobile game can be as successful as a big blockbuster. The movie industry has been like this for a long time, think about The Blair Witch Project, but new platforms and the rise of the downloadable games has transformed the industry. I don’t feel like consoles are the center of the gaming industry anymore. They don’t have has much influence as they used to. Certainly more powerful hardware will help make spectacular games and online stores will help indie games reach the console market, but I doubt the next generation of consoles will create a revolution. And it’s not necessarily a problem. Books have been around for a long time and people are still writing them and reading them.

New gaming experiences will come, but it won’t necessarily result in the death of old and/or current games. The same way some people still have a blast playing Pac-Man. That’s why we simply focus on what we like to play and don’t pay to much attention to trends and fashion.

A big thank you to Stephanie Palermo from Triple Point PR for setting this interview up.