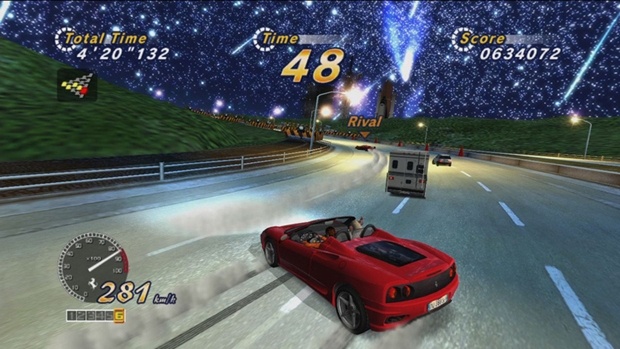 SEGA’s racing game, OutRun, has been taken down from the PSN.

The premise behind OOA was to pick a Ferrari of your choice, then race it in time trials.

However, it seems bad blood has caused the game to be taken offline.

“Due to the expiry of the contract with Ferrari, OutRun Online Arcade will remain offline on PSN but will still be available on XBLA until Dec 2011,” a SEGA spokesperson told Eurogamer.

The news that it will remain up on the XBLA is likely to cause a stir with PS3 owners.

Fortunately, the removal of the game from the PSN is likely to make the game a much more valuable collectors item!