Posted By Shubhankar Parijat | On 22nd, Oct. 2018 Under Article, Feature

The Walking Dead franchise has been having a bit of a turbulent time in video games recently, but turbulent or no, the games are going to keep coming. Next up is Overkill Software’s crack at the zombie apocalypse created by Robert Kirkman, with the promise of bringing the brand of co-op first person shooter design that has endeared the Payday games to so many people. As we gear up for Overkill’s The Walking Dead’s upcoming launch (or, well, part of it anyway), perhaps its time to take a look at some of the most notable things related to the game, and in this feature, that’s what we’re going to do. Without further ado, then, let’s begin. 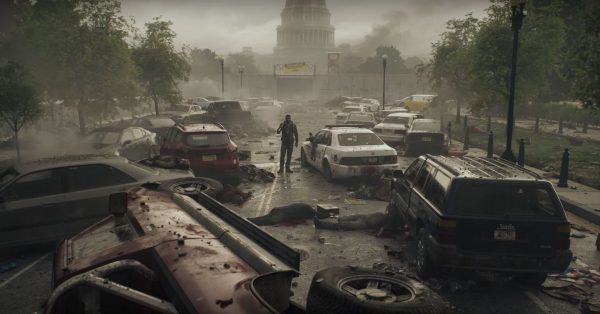 It doesn’t take a genius or an avid Walking Dead fan to figure out that the upcoming game is set in a post-apocalyptic landsacape brimming with the undead- the property’s name is enough to give that away. But The Walking Dead stories are rarely ever restricted to just one location, and often take place across various locations throughout the North American continent. One of the most prominent locations the series’ story has taken us in the comics (and the TV show as well), is Washington D.C., which is where Overkill’s The Walking Dead finds its home as well.

Though Overkill’s The Walking Dead is very much part of the larger Walking Dead universe, Overkill have stated that they’re going to go for a completely original story, saying that they’ll be delving into themes and topics that haven’t been a focus in the TV show or the comics. What’s interesting is is that Robert Kirkman, the creator of The Walking Dead, has also been involved in the game’s production, providing the developers with advice and feedback. 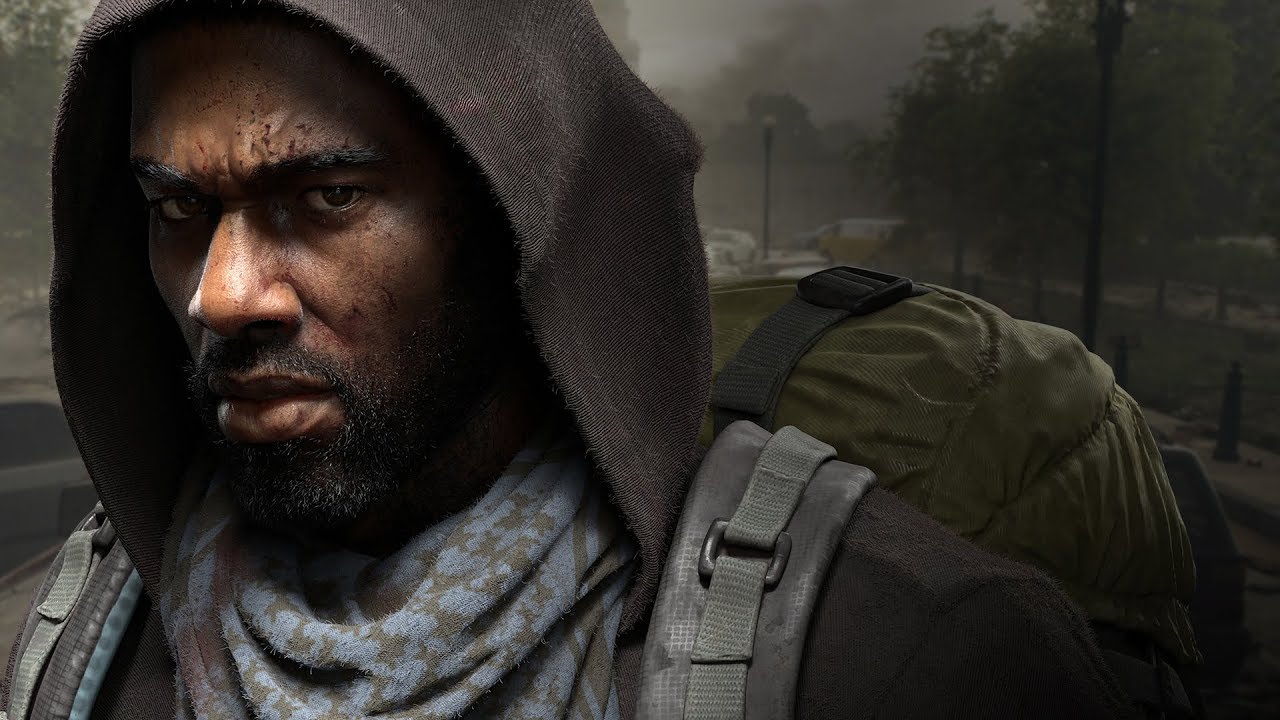 With all that said and done, anyone who’s played Payday or its sequel would know that Overkill’s games aren’t ever really about the story, and that’s very much going to be the case in The Walking Dead as well. Though there will be a slight focus on the story and storytelling in the game, the developers have stated that they want the experience to stick close to what people expect a game developed by them, so don’t go expecting a riveting tale. 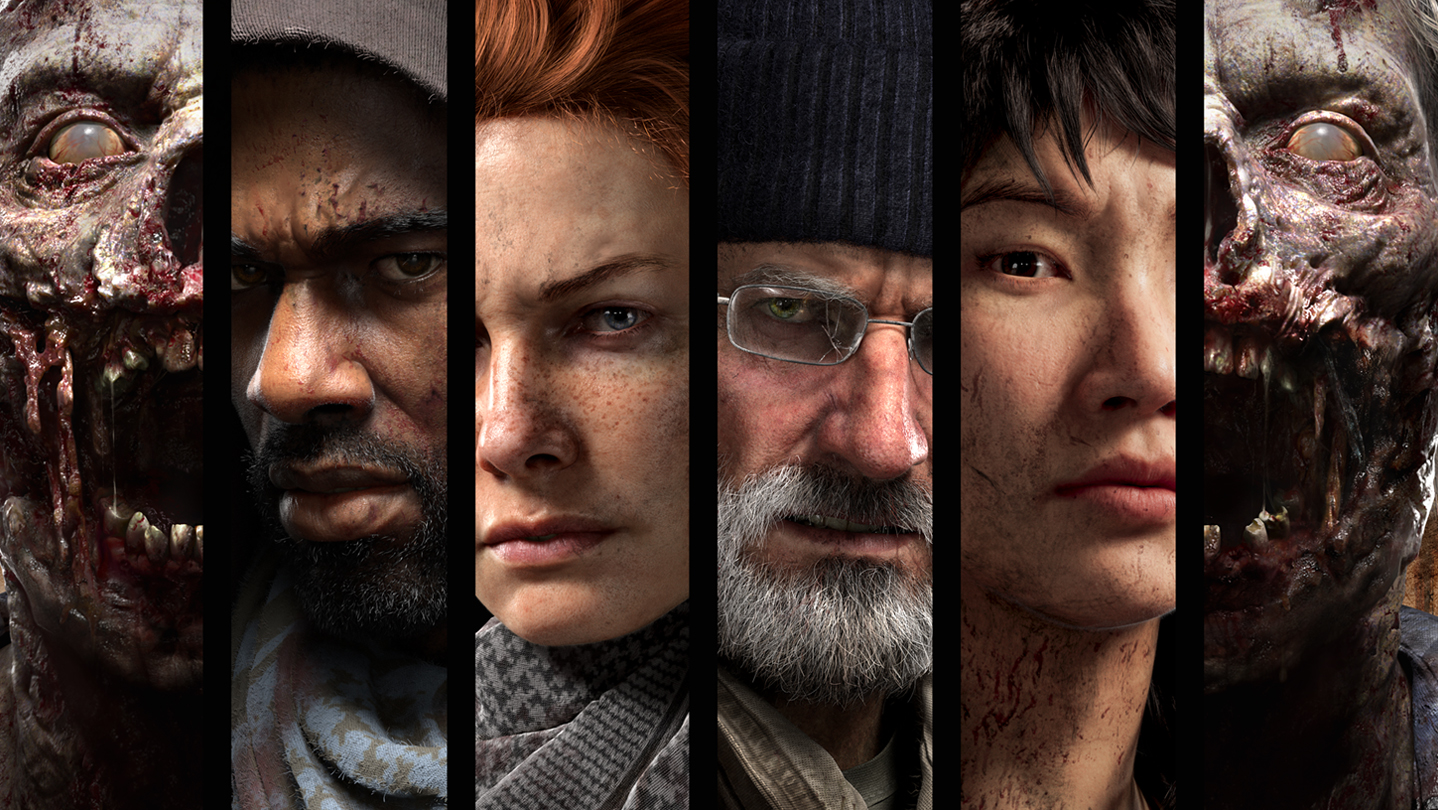 There will be four central characters in Overkill’s The Walking Dead, and players will have the option of playing as any one of them. These will be the temperamental Aidan, the former kindergarten teacher Heather, an old man looking for his family named Grant, and the former surgeon named Maya. 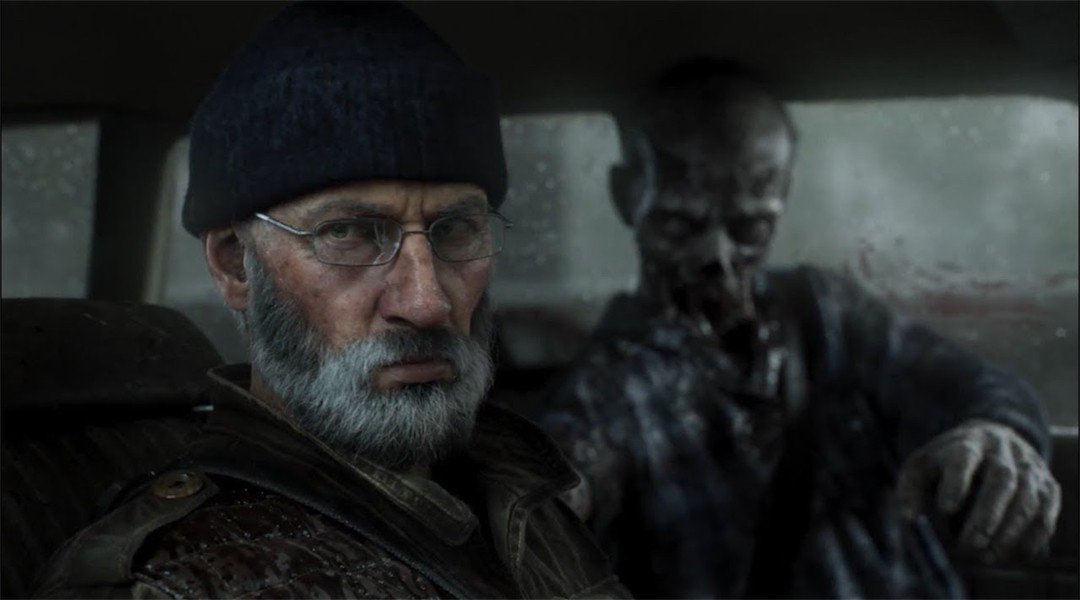 Each of these four characters, as you may have guessed, will play very differently from each other. Grant is an experience hunter and knows the wilderness very well, and specializes in rifles. Aidan channels his repressed anger through melee weapons, such as baseball bats. Heather seems to have immaculate survival skills and it seems she comes with supply bonuses, while Maya, as a former surgeon, functions as your go-to medic. Each character will also have their own individual skill tree. 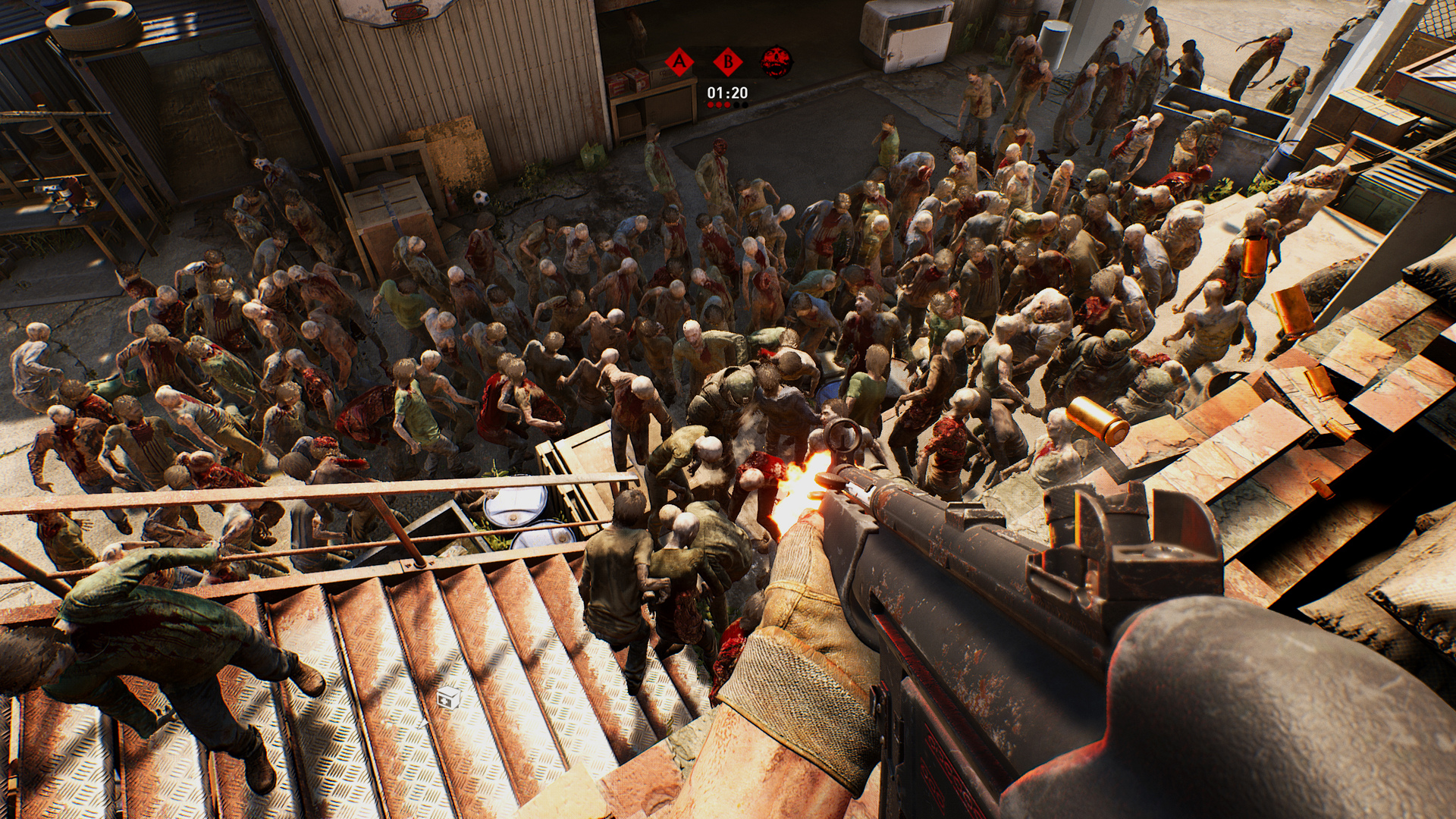 Overkill’s The Walking Dead will also try to blend several genres and styles of play together. You can, of course, expect it to have the kind of co-op first person shooting you would expect from a Payday game, while horror elements also are plain for all to see. In addition to these, there will be survival elements thrown into the mix, which also makes sense, given the setting, while players will also have to engage in stealth in certain situations. The inclusion of skill trees and progression signifies that there are going to be RPG elements in there as well, though how emphasized these will be remains to be seen. 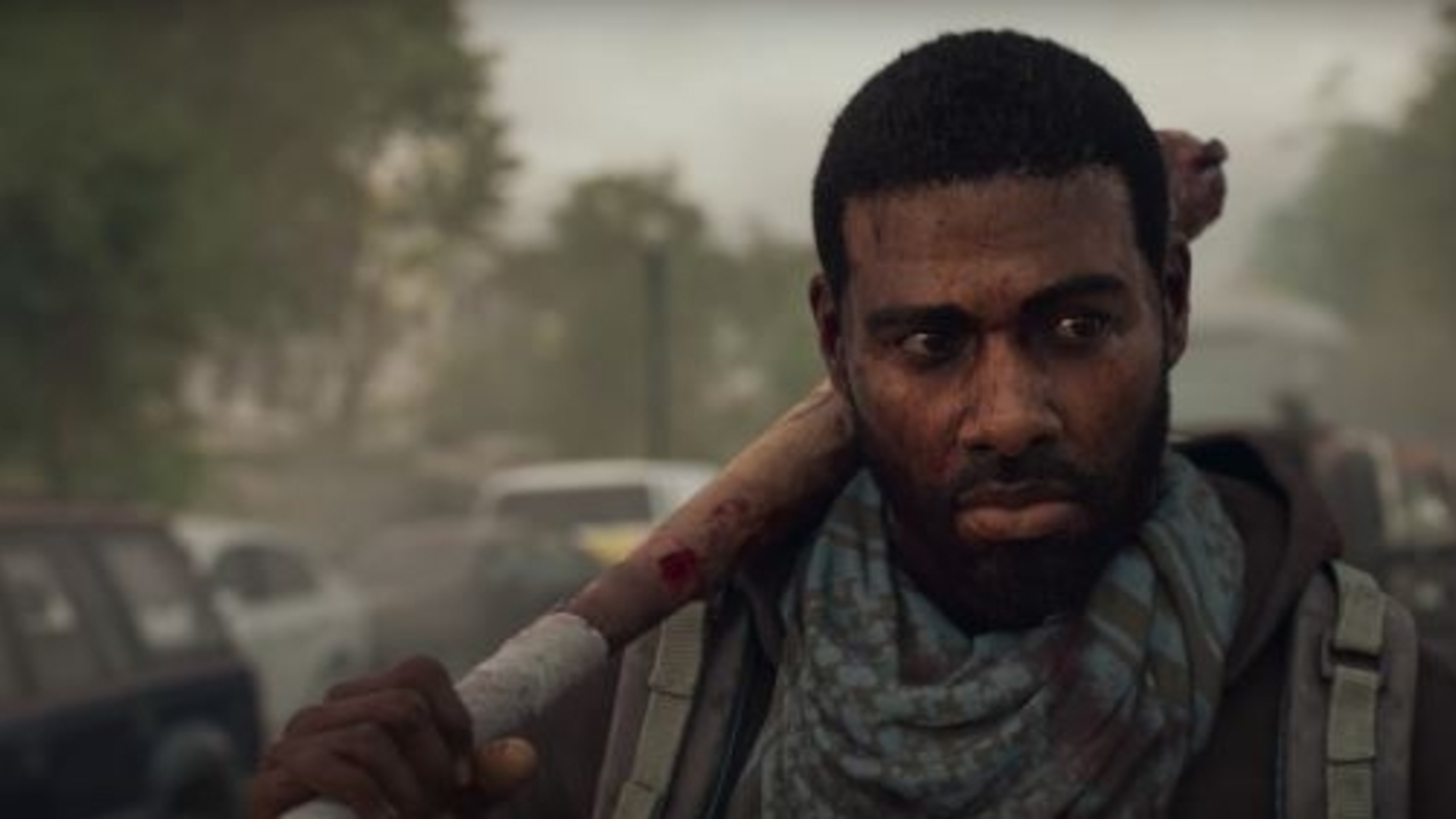 In spite of being a game that is built around the concept of co-op play and requires always online connections, you don’t necessarily have to play Overkill’s The Walking Dead with other plays. You can, if you want, play the game solo as well. Thankfully, the developers have confirmed that the game will have scaling difficulty, which means that the game’s challenging nature will move up (or down) with respect to how many players there are in a party. 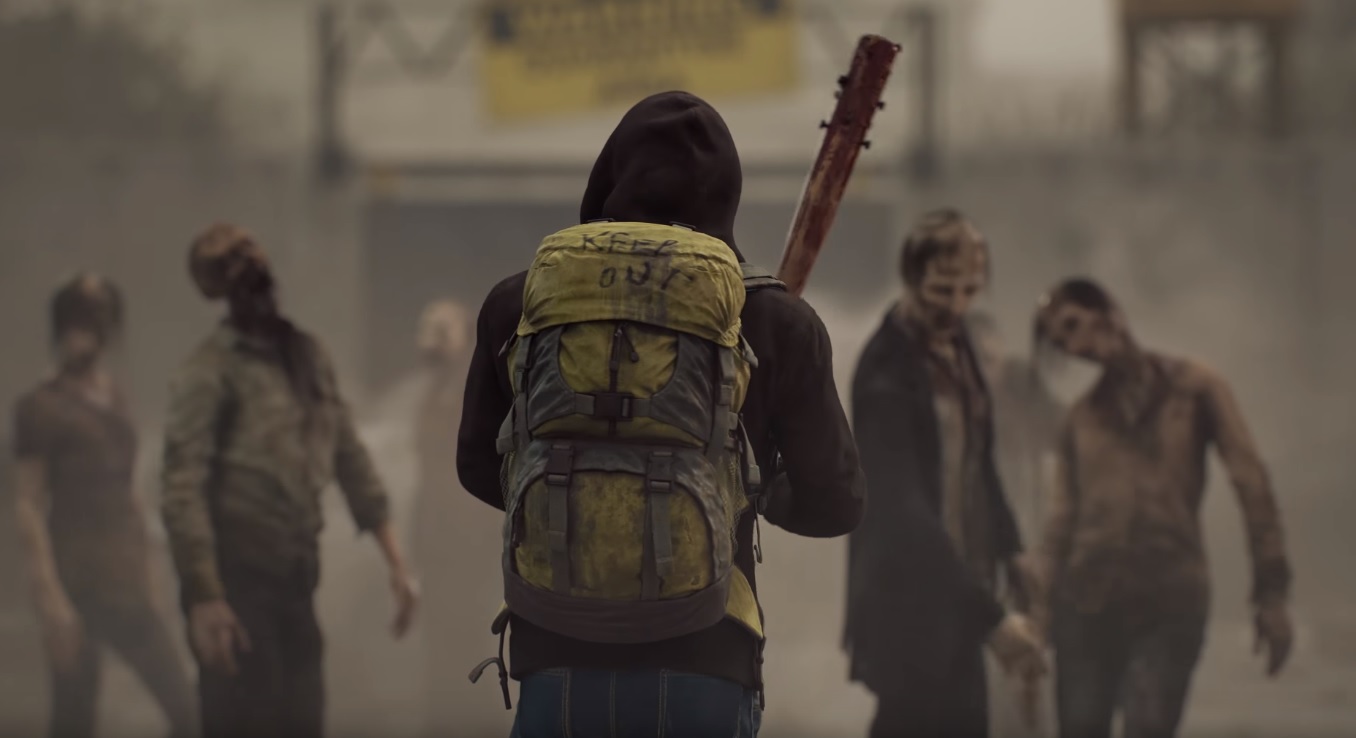 The developers have also confirmed that there will be a nice variety of mission types in the game. In addition to daily bounties, weekly challenges, and other timed missions that crop up on your map, the game’s mission objectives will range from things such as rescue missions or finding and retrieving resources to defending your camp against invading bandits and raiders and, of course, herds of walkers (or zombies). 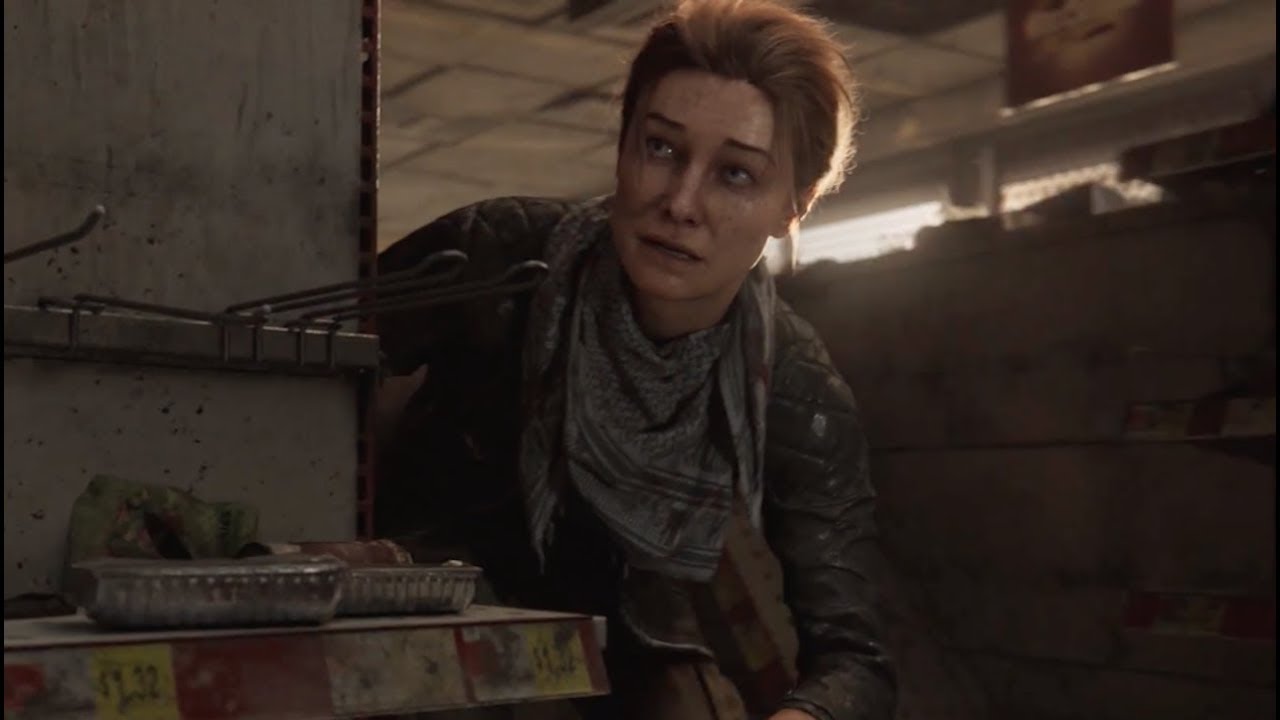 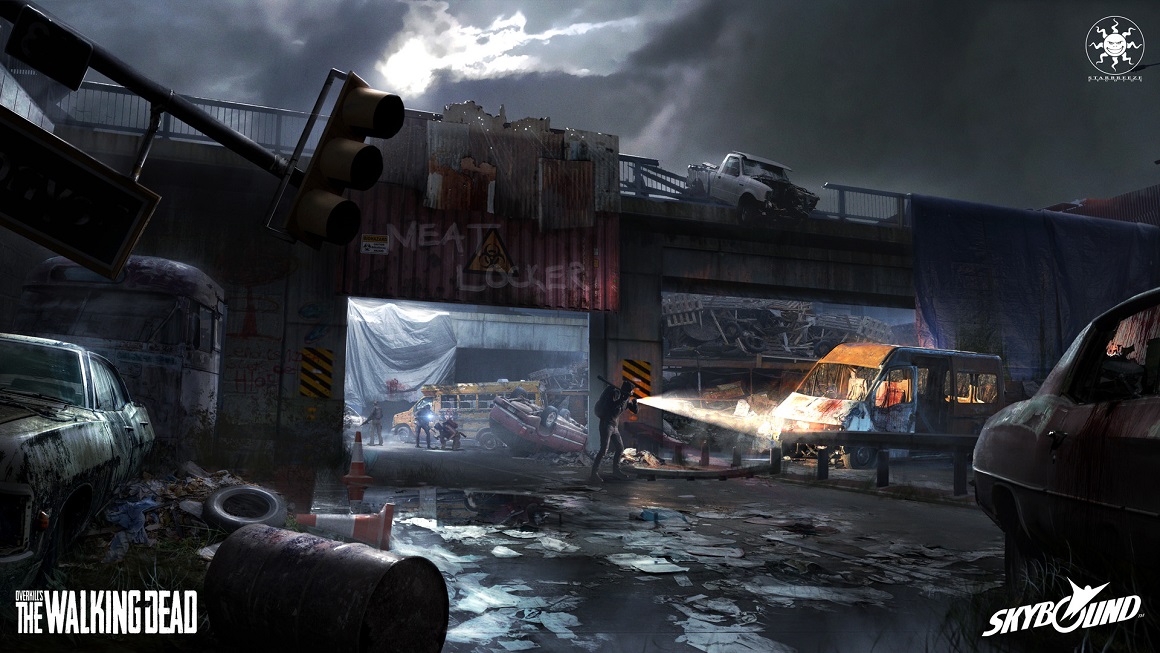 Overkill’s The Walking Dead also has something called the “horde-o-meter” mechanic, which, according to the developers, is what ties the entire experience together. Everything from AI placement, loot distribution, and enemy type and behaviour falls under its umbrella, and this will determine the nature of your encounters in the game. Take on smaller groups of enemies head on, for instance, and you run the risk of attracting a larger horde of zombies, while not doing so to save ammunition and not make too much sound might mean you risk losing members of your team. 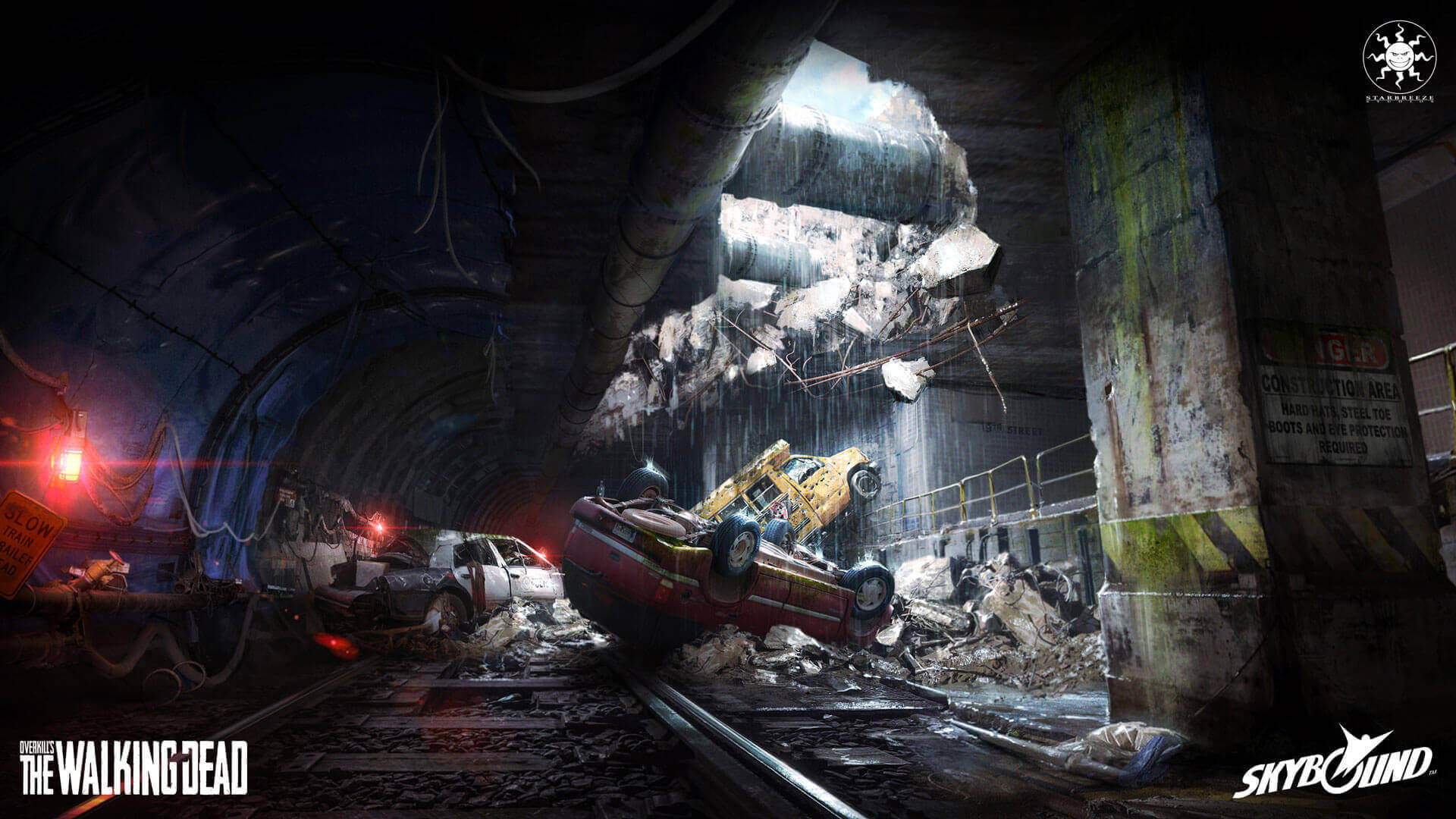 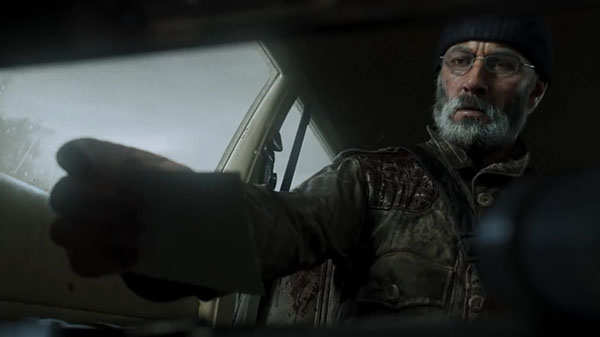 Microtransactions were one of the biggest sticking point for a lot of people with Payday 2. Overkill’s The Walking Dead, however, is not going down that road. There will be no loot boxes or microtransactions in the game, not even of the cosmetic variety. “For us, one of the most important things is to stay immersed in the universe,” Almir Listo, global brand director at publishers Starbreeze told us in an interview. “We don’t think microtransactions and loot boxes fit the game. When you play Overkill’s The Walking Dead you unlock character skins by playing the game.” 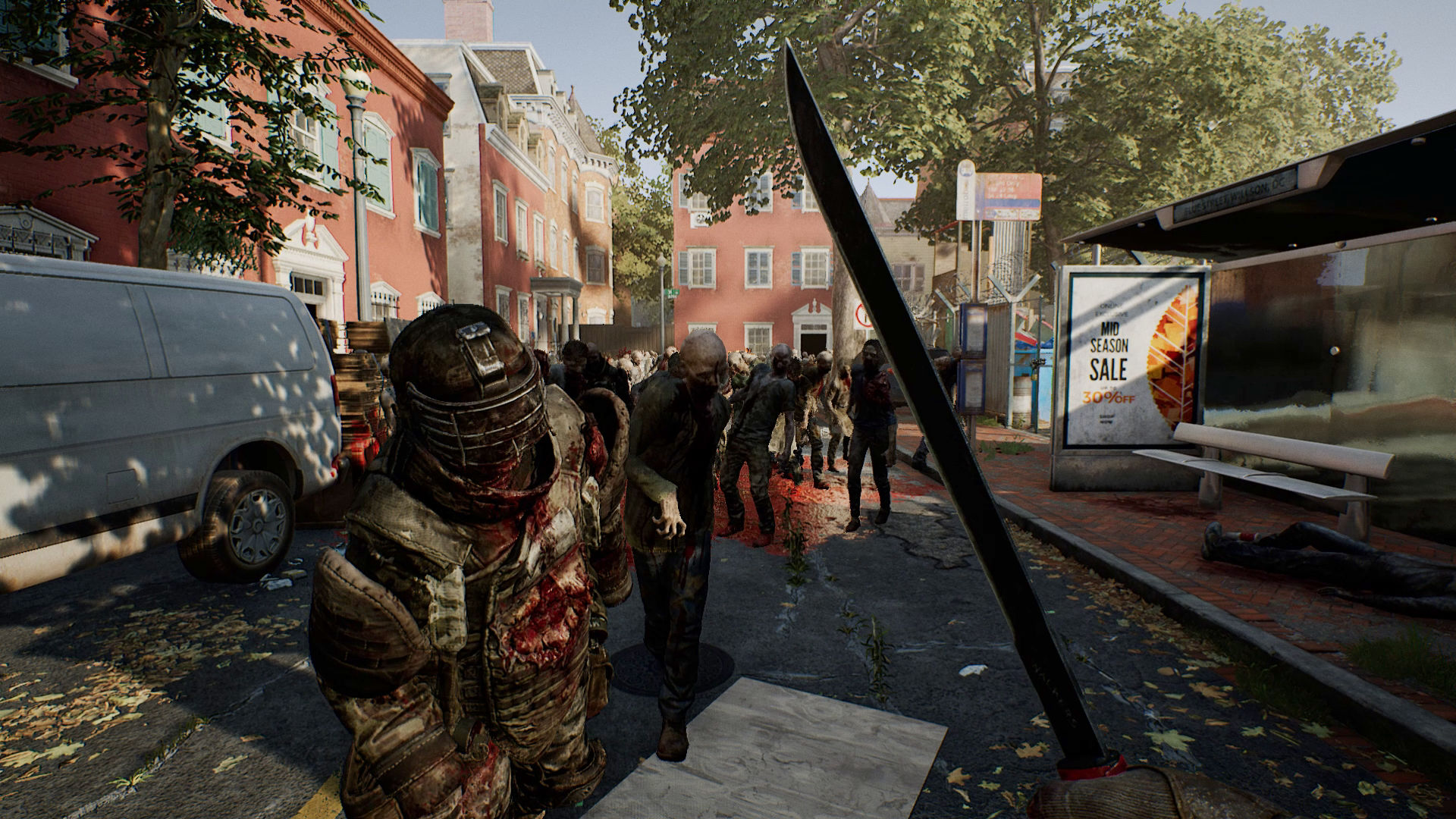 Overkill’s The Walking Dead thankfully doesn’t have monetization options, but the developers have publishers still have to make money off it. They’ll be doing that in the right manner, though, with post-launch updates and content releases. In the aforementioned interview while talking with us about microtransactions, Almir Listo also said, “When it comes to DLC and updates, our ambition is to keep a balance between free and paid updates.” 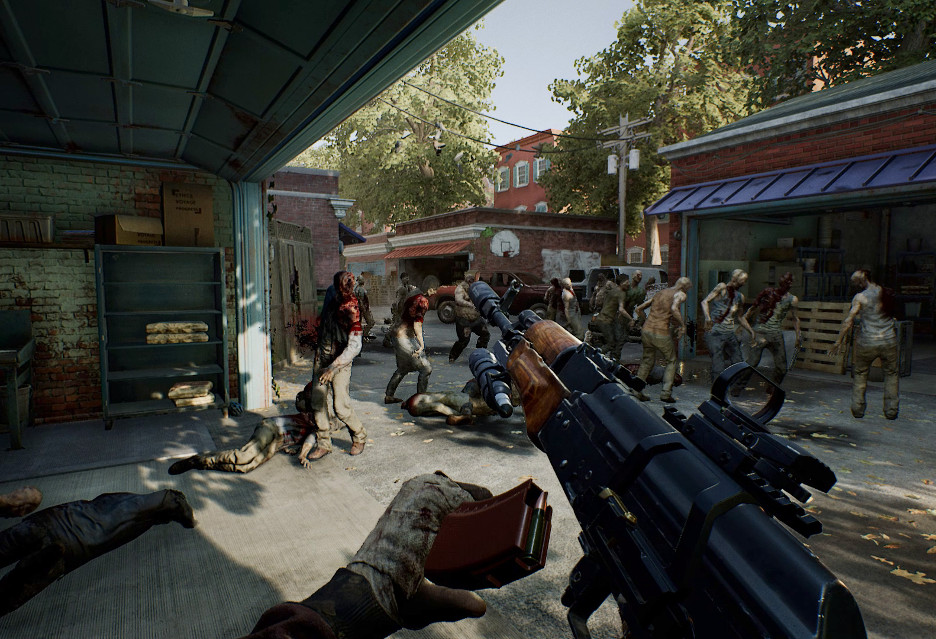 This is a game that has been delayed multiple times by now, and though the PC version of the game is almost out, releasing on November 6, those waiting for the console version will have to wait a little longer, until February 6 of next year. In case you’re wondering why this is the case, it’s because both versions are being handled by different entities, with Starbreeze publishing the PC release, and 505 Games handling the console one. 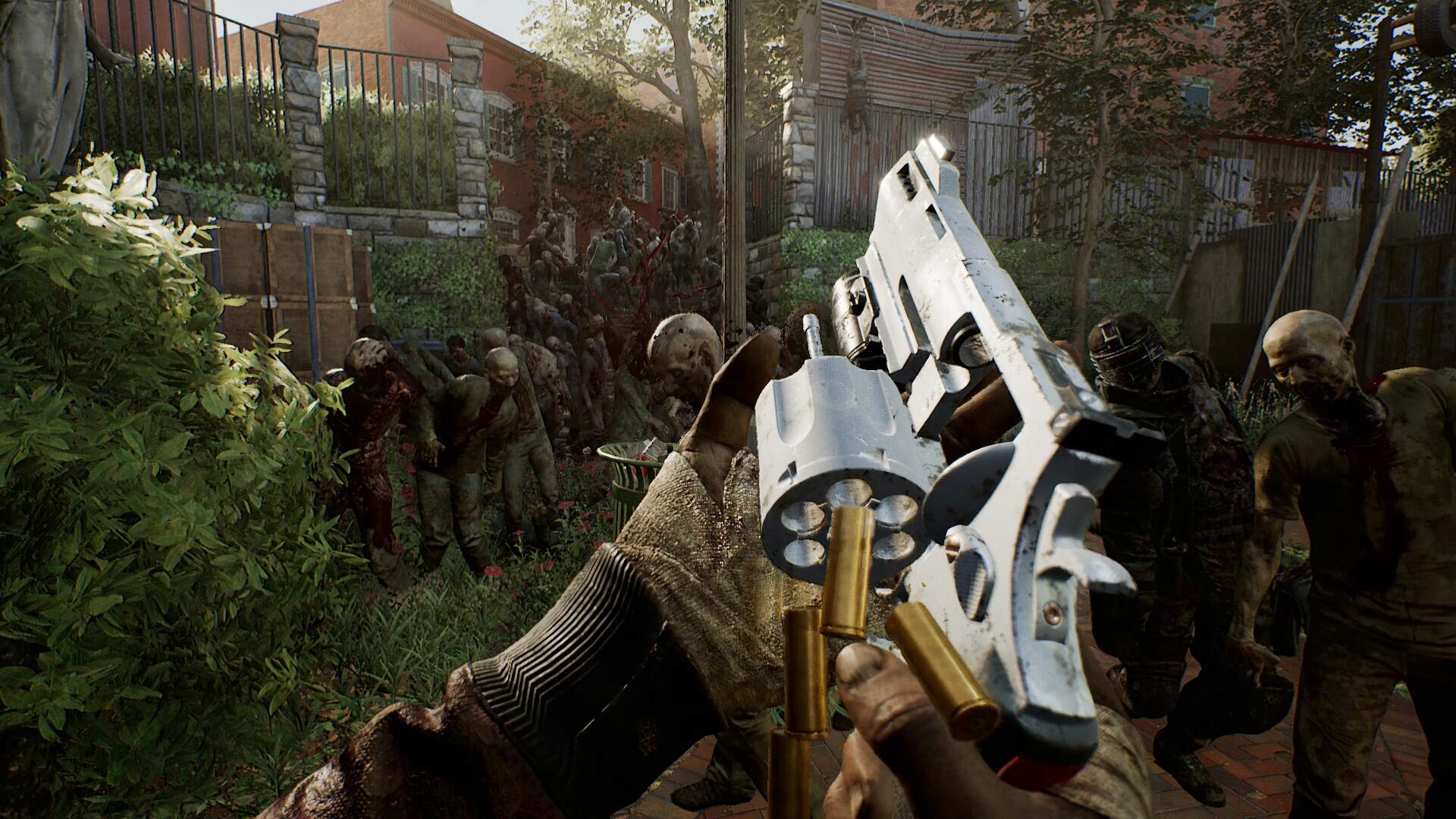 Overkill brought over their successful co-op FPS Payday 2 to the Switch, and it’s worked out pretty well for them, so naturally, many people have been asking about whether or not The Walking Dead might follow suit. The answer? A noncommittal maybe. As it stands right now, the developers remain focused on the PC, PS4, and Xbox One release of the game, but a Nintendo Switch version might also end up happening.