Overwatch 2 Guide – How to Play Roadhog, Sigma, Sojourn, and Reaper

What makes Roadhog and Sojourn so dominant in the current meta? How should you play Sigma and Reaper? Find out with these tips. 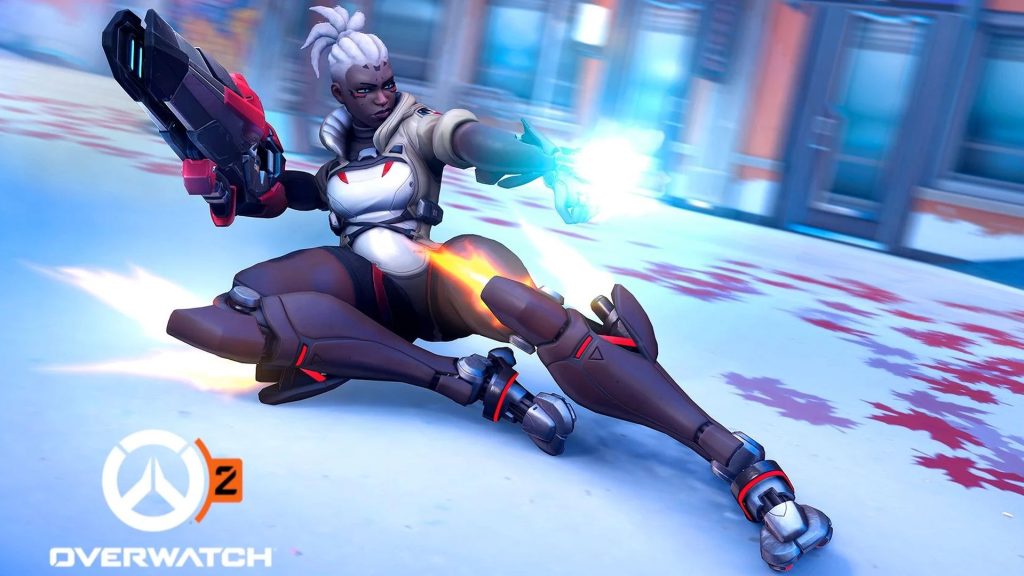 You’ve probably noticed that two Tanks have mostly dominated both Unranked and Ranked play over the past several weeks. But why is one of them Roadhog? The answer isn’t in the buffs he’s received, but in how all other Tanks have faced nerfs while he’s mostly the same since Overwatch 2 launched. With 700 HP, Rebreather to heal himself for about half that much (while taking reduced damage), and hook enemies before one-shotting with his Scrap Gun is too good.

Scrap Gun has an alternate fire mode that sends a scrap projectile that explodes in a spread. It may seem iffy, but position it on an enemy’s head before it spreads, and you can deal serious damage. Roadhog’s Ultimate is Whole Hog, which fires a continuous spread of scrap, knocking back enemies.

Along with being able to cancel the Ultimate, he can also heal and hook an enemy in the middle of it. While it’s not the biggest damage dealer in the game, it’s still good for sending opponents off maps or clearing space. Furthermore, it’s great in close quarters when your enemy is backed against the wall with nowhere to run.

While Roadhog can be good in numerous situations, it’s worth noting that you’ll want Kiriko on your team. Protection Suzu is necessary for cleaning the anti-heal effects of Ana’s Biotic Grenade, and Kitsune Rush pairs very well with Whole Hog to shred teams apart. Given how much damage he takes, Roadhog also makes a good target for Kiriko to heal and quickly build up Rush, further increasing their synergy.

How to Play Sigma

Like Roadhog, Sigma hasn’t seen many changes since the launch of Overwatch 2. He still deals a ton of damage, possesses lots of utility, and has good survivability. On the downside, there’s no mobility, which is rough in today’s meta of Roadhog/Doomfist/Kiriko/Lucio/Tracer/Sojourn.

Nevertheless, he can still be quite good in maps like Circuit Royal. Hyperspheres are Sigma’s Primary attack, launching two sphere-like projectiles that explode before returning to his hands. These deal 55 direct damage and up to 30 splash damage each. His Secondary is the Experimental Barrier, which sends a floating barrier out. It travels farther on holding the button down. Releasing it causes it to stop, and pressing the button again will recall it (with a short cooldown until it can be used again).

Kinetic Grasp will absorb projectiles shot at Sigma and grant temporary health. It can’t absorb beams, melee attacks (though the energy waves from Ramattra’s Pummel works) or splash damage. Accretion tosses debris at an enemy, knocking them down. It’s good against Damage dealers since a quick Primary attack can often finish them off.

Gravitic Flux is Sigma’s Ultimate. It lifts enemies into the air and slams them down, dealing damage equivalent to 50 percent of their total health. So if an enemy is below 50 percent health, this effectively kills them. Just make sure to target an enemy Baptiste before he can get his Immortality Field out.

Overall, lots of stuff to like, and Sigma can be situationally good, matching up well against Roadhog on some occasions. Doomfist is problematic due to his mobility, and even Winston may pose a challenge since his electricity can’t be absorbed. But if you face an annoying Bastion or want something different, Sigma is a good choice.

How to Play Sojourn

Despite an increase in rifle spread, increased cooldown to Power Slide, damage fall-off on Railgun and removing the slow effect of Disruptor Shot, Sojourn is still one of the top Damage dealers. That’s due to several reasons, but let’s break down her kit first.

Sojourn’s Primary fire is an automatic rifle. Dealing damage to anything – shields, turrets, enemies – charges the Railgun, fired with the Secondary attack. Disruptor Shot creates a field that damages enemies over time (and is surprisingly good at taking down low-health opponents), while Power Slide lets her quickly slide along the ground. Jumps during Power Slide have increased height.

Overclock is her Ultimate, and automatically charges Railgun while causing it to deal more damage. It allows for firing multiple Railgun shots with impunity. Overall, Sojourn is good due to the one-hit kill potential of Railgun. Nail a Railgun headshot, and you’ll severely weaken all but the sturdiest of Tanks. It’s also not difficult to charge up – fire a few shots with the Primary fire, let the spread reset and fire again to build up a decent amount of charge.

Heroes like Reaper, Tracer and Genji, who can dive Sojourn, are dead if she lands a few shots followed by a Railgun shot. As such, Doomfist can be a good counter due to his Power Block and Empowered Rocket Punch combo. If you’re facing a Sojourn pocketed by Mercy, take her down first or things will be tougher.

How to Play Reaper

Reaper’s spot in the meta is interesting since Tracer can effectively be swapped out for him if the enemy team plays Winston. While his Hellfire Shotguns benefit from being up close and personal, he’s still good at dueling at medium range and can match up against Tracer, Cassidy, Genji, and so on.

Shadow Step allows for teleporting to a targeted location. Wraith Form causes Reaper to become invulnerable and move quicker, but he can’t attack – it also automatically reloads his ammo on ending. Dealing damage to enemies provides passive healing, further increasing survivability, and his Ultimate, Death Blossom, sees Reaper firing in all directions with his shotguns.

The range on Death Blossom isn’t amazing, but it’s good for taking down the Supports when they least expect it. One way to play Reaper is to teleport to the enemy backline, target any unsuspecting enemies, and then use Wraith Form to escape. He also pairs well with Kiriko’s Kitsune Rush, dealing excessive damage due to the increased fire rate. While not matching too well against Roadhog these days, he can still be an effective counter if the latter misses their hooks and shots.

Be careful when facing longer-range hitscans like Sojourn, Widowmaker or Ashe. If they see you coming, they can burst you down before you get close. Still, if you’re sneaky enough, you can catch them unawares. Airborne heroes like Pharah and Echo are a bigger nuisance – often, it’s better to swap unless you can win the ground battle quickly.