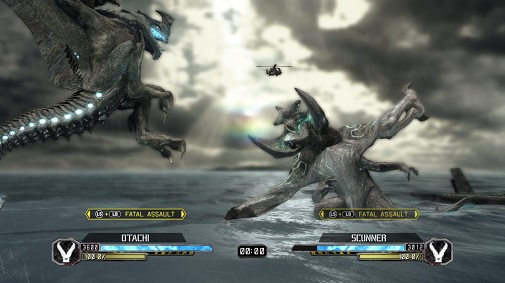 Another movie, another movie-licensed video-game trailer and this time it’s Pacific Rim. Pacific Rim is a film about giant monsters and robots fighting each other while causing chaos and horror to humanity on earth. While the movie seems to be receiving incredible reviews, the video-game portion looks a tad disappointing judging from what we’ve seen in the trailer and rather underwhelming. However, this is not a real surprise since the majority of movie-licensed games tend to suck for the most part.

Have a peek at the trailer down below.

Pacific Rim: The Videogame will be coming on July 12th for 800 Microsoft Points on Xbox 360.

Let us know what you think of the trailer in the comments section down below.