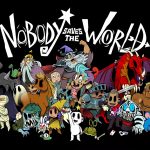 The size might increase with a day one patch. Meanwhile, pre-loading for the game will go live a couple days before launch.

Meanwhile, The Legend of Zelda: Breath of the Wild's unnamed sequel takes second place in a top 10 mostly dominated by Switch games.