"We haven’t decided yet whether or not we will keep doing so in the future," says series producer Kensuke Tanabe. 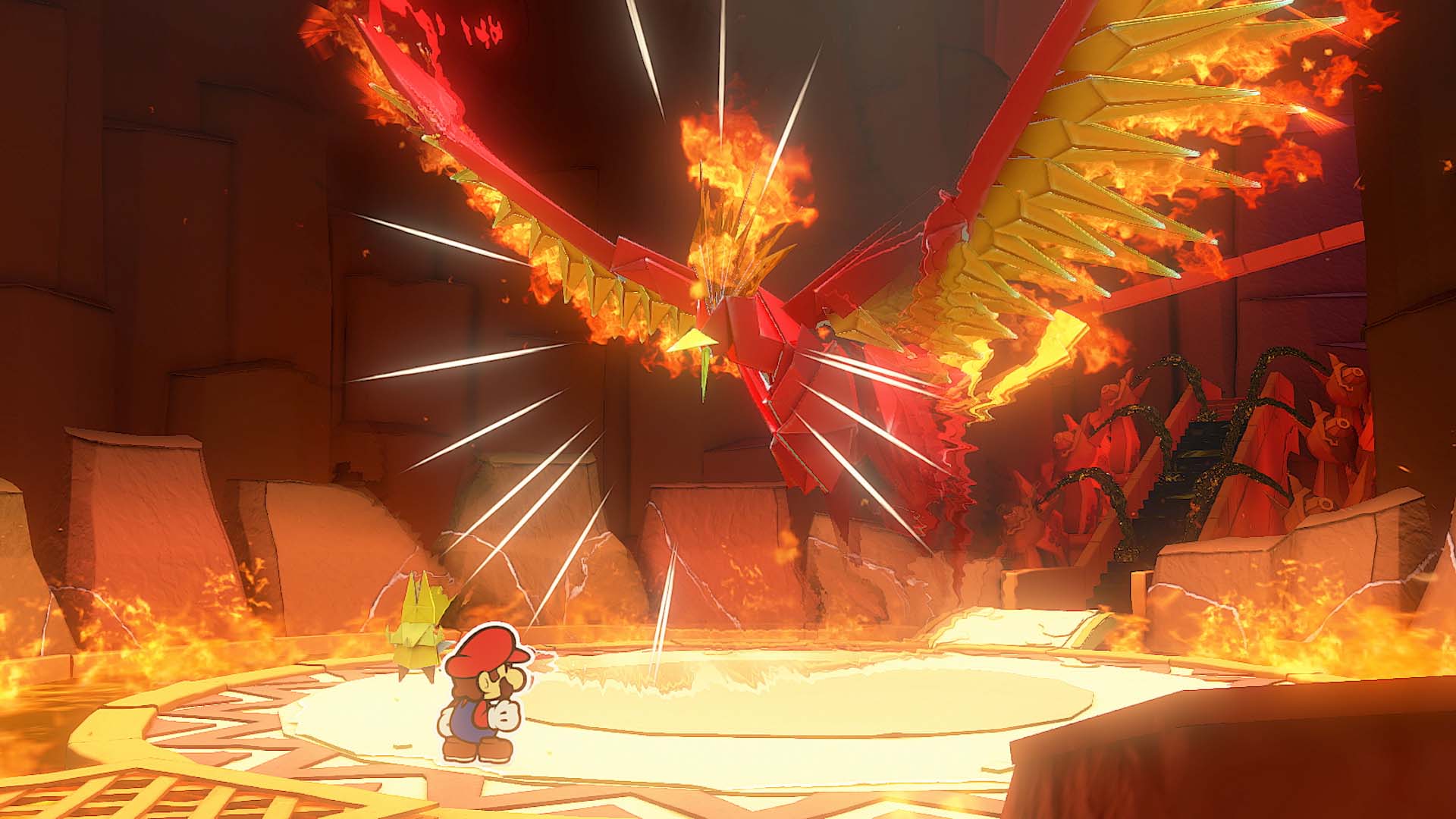 Paper Mario hasn’t been an RPG series for a while, with every game since The Thousand Year Door moving further and further away from how the series originally started out. It’s fair to say that with the recently released Paper Mario: The Origami King, Intelligent Systems finally figured out how to properly realize their ambitions for innovation and non-RPG gameplay in Paper Mario games (and it helps that the indie-developed RPG Bug Fables that released earlier this year is basically the perfect Paper Mario replacement), but there are many who want the series to go back to its RPG roots.

Will that ever happen? It seems the developers themselves don’t know the answer to that question. Speaking in an interview with Eurogamer Germany (translated by Nintendo Everything), Paper Mario series producer Kensuke Tanabe said that though the goal with each new instalment is to try new and innovative things, the developers haven’t decided whether that’s something they’ll keep doing with the next Paper Mario game, or if they’ll take it back to being an RPG.

““When developing Paper Mario: Sticker Star, one of our goals was to move away a bit from the traditional RPG style,” Tanabe said. “Nintendo has another RPG series starring Mario and we wanted to distance ourselves from it by making an adventure game with a focus on solving puzzles. Even though we’ve stuck to that decision so far, we haven’t decided yet whether or not we will keep doing so in the future. Personally speaking, I want to keep developing Paper Mario games that are both innovative and unique.”

Tanabe elaborated on his point about innovation and uniqueness, saying this his personal philosophy as a developer is to keep delivering new kinds of gameplay experiences.

“The game development philosophy I’ve adopted from Mr. Miyamoto is developing innovative and unique gameplay systems,” he said. “I’m not opposed to the fans’ opinions. However, I view my game development philosophy as separate from that. If we used the same gameplay system wanted by the fans again and again, we wouldn’t be able to surprise them or deliver new gameplay experiences. We always try our best to exceed expectations in surprising ways. At the same time, there’s no guarantee that we’ll always succeed in doing that – so it’s a real challenge.”

Scores of Paper Mario fans will tell you that the series desperately needs to go back to its RPG roots, especially with the other RPG Mario series, Mario and Luigi, seemingly having no future anymore. That said, if Intelligent Systems do decide to keep trying new things, hopefully, they’ll continue the upward trajectory they kicked off with The Origami King.

You can read our review for Paper Mario: The Origami King through here.