New and not shiny at all. Still cool though! 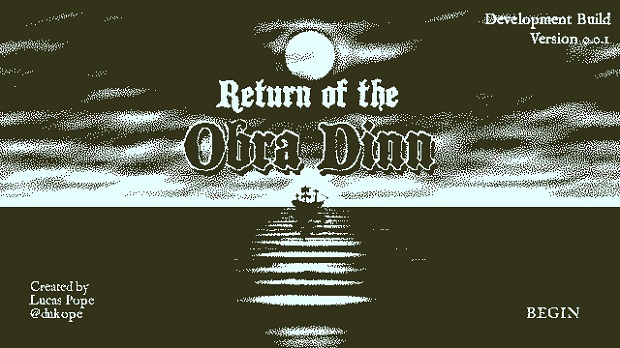 The developer of the massively successful independently developed game Papers Please, Lucas Pope has launched the playable demo build for his next PC game. The demo was launched very quietly with no big hub bub made over it.

The game is called Return of the Obra Dinn and is set in 1808 and the game tells a tale of the sailing merchant ship, the Obra Dinn. The Obra Dinn was thought to have been lost at seen six years prior however, so what’s it doing back? Well, no one knows for sure yet, Pope says “This is a very early playable build,”…”There’s not much content and it hasn’t been tested. Progress is not saved.”

The game makes use of a beautifully stylized dot matrix styled graphical world to lead the player on a first person adventure full of mystery at sea. For those of you that are interested, the demo can be found at Pope’s site.