Park Beyond Gets New Trailer, Delayed to 2023

Publisher Bandai Namco and developer Limbic Entertainment have announced that Park Beyond is getting pushed back to 2023. 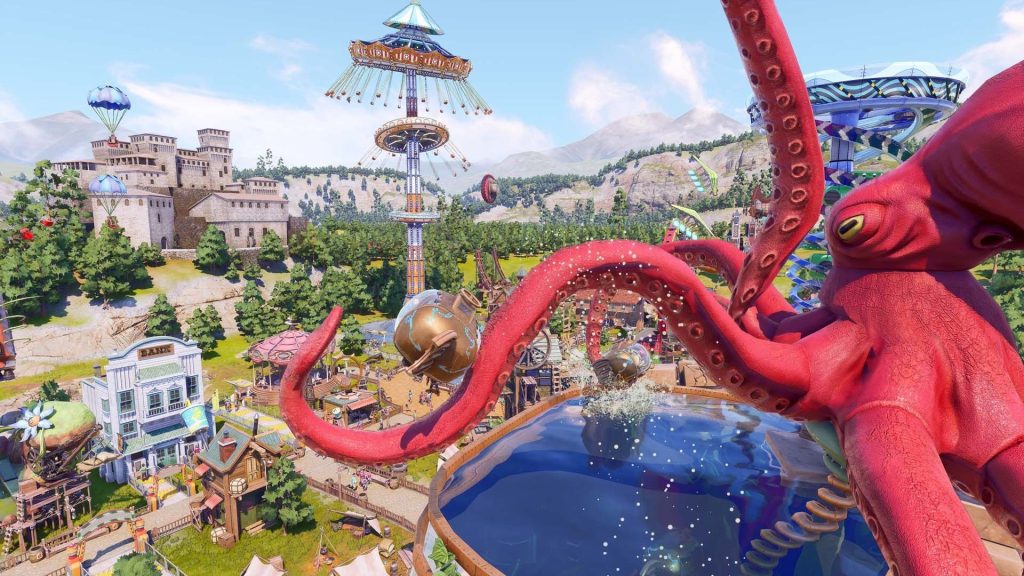 Upcoming amusement park building and management sim Park Beyond has been delayed. Publisher Bandai Namco and developer Limbic Entertainment have announced that the game’s release date is getting pushed back from 2022 to 2023.

Alongside the announcement about the delay, Park Beyond also got a new trailer during the Gamescom Opening Night Live showcase. Check it out below.

Park Beyond‘s major feature is the freedom it offers players in building their amusement park thanks to its modular placement system, allowing players to manipulate attributes like inclines, yaw, pitch, roll, and loops.

Far from being a realistic take on the genre, Park Beyond also allows players some wacky physics-defying options, such as the ability to place cannons that throw riders across massive gaps, or absurd jumps.

Players can also apply themes to their amusement parks in Park Beyond, with thee options like Western, DaVinci, and Candyville. Players can also mix-and-match between different themes to come up with their own unique themes.

Park Beyond will be coming to PC, PS5, and Xbox Series X/S.