The upcoming sequel to Payday: The Heist just got a new trailer, as well as a new collector’s edition. Check out the video below, which begins with a list of all the awards the game has gotten so far and then proceeds to show off some pretty neat, if a little standard, gameplay.

The upcoming co-operative first person shooter has also received Collector’s Editions on both, PS3 and Xbox 360. Check them out. 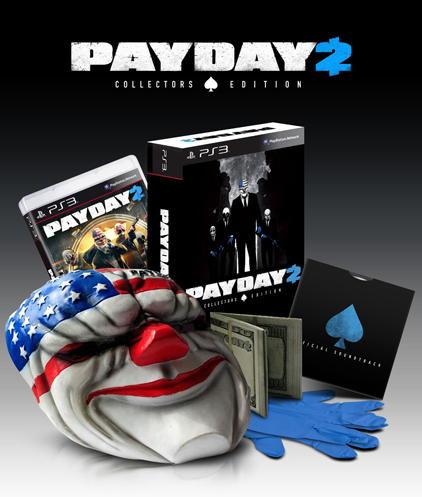 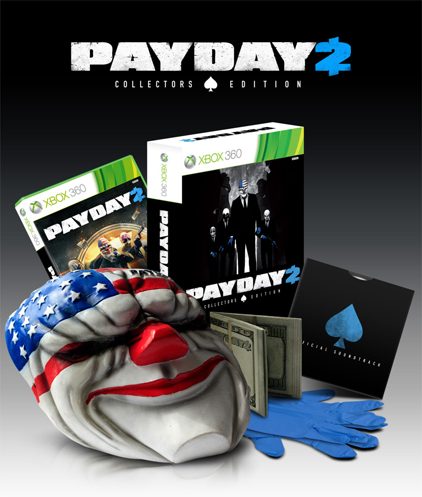 The Collector’s Edition includes a mask, a wad of fake banknotes, an OST, rubber gloves, and special casing for it all.

Payday 2 is being developed by Overkill Software and hits Microsoft’s Xbox 360, the Playstation 3, and Windows based PCs in August this year. Stay tuned to GamingBolt for further coverage of the title.

Are you looking forward to the game? Will you get it? What platform will you get it on? Let us know in the comments below!