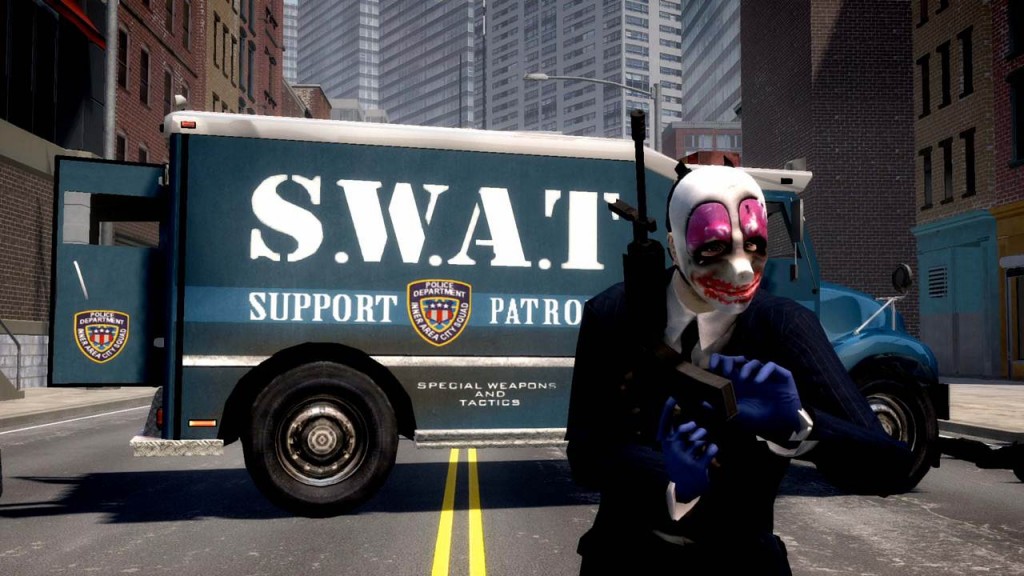 Payday: The Heist from Sony Online Entertainment is one of the fun games I have played this year, mainly due to the fact that it gives me a weird pleasure robbing banks and killing cops. Well not really, but hey, who wouldn’t want to do that in a video game? The game is available on the PS3 and PC and priced quite reasonably for what it offers. So should you buy this game? Read on. If you have played Kane and Lynch 2 before, this game will remind you of that, in fact, Payday is quite superior to Kane and Lynch 2 and of course I am talking about the multiplayer component. It’s a co-op based shooter that can be a time consuming if you communicate well with your friends or random strangers.

It is sort of like Left 4 Dead as well, where the co-op mechanics bear quite a resemblance in this game, and just like that game it works hard. Let me get the important thing out of the way. The netcode in this game is superb. I hardly encountered any lags or delays that usually ruin the experience in co-op based games such these. I’ll talk about the bank robbery map first. It’s quite poetic that you enter a bank with all guns holstered and then start the robbery. Bam, one bullet in the guard’s head and off we go. First objective find the manager and get the keys to where the explosives are securely hidden. Then use a saw to cut open the door to the vault. The darn things keep jamming so you have to be vigilant when facing an incredible amount of cops. 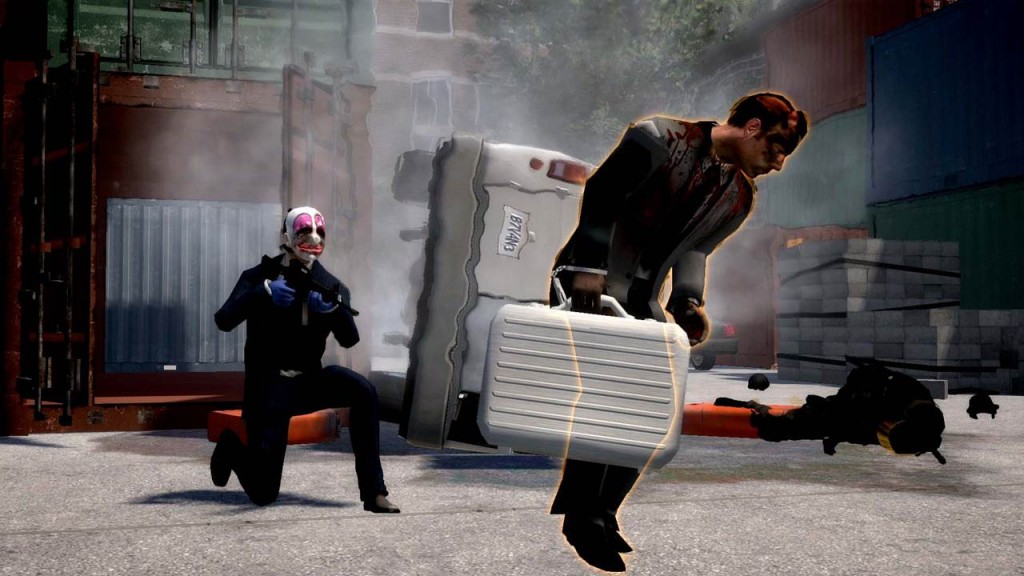 The cops are pretty funny. They are like meatshields with no separate AI of their own. They charge at you and keep shooting till you die. But you can do that as well, but considering the fact that you have limited bullets at your disposal, you need to be clever and look at the objectives rather than shooting anyone you see. It’s quite easy with the in-game indicators telling you where to go. You can replenish your ammo with the reserves you carry. Your teammates can use it as well. Once you get the money from the vault, it’s time to escape and once you do you have finished the level and the stats screen shows how well you did. It’s a blast playing with friends as you can laugh, formulate strategies, mock each other and it makes the game a lot of fun to play.

You will die often though but you can be revived by your teammates. If everyone dies, it’s game over. But once you have proper knowledge of the maps and when the cops arrive, it can be easy to clear. There are different difficulty settings to choose from, however, but it is only recommended for people who are quite skilled at the game, as the cops can take you down fast. There are a lot of scenarios here, stealing vaults from an abandoned building or just completing random objectives. It’s quite well designed. The game feels a little unpolished though, for some reason. Graphically it is quite underwhelming as well but looks slightly better than the console version of GTA 4 in some areas. I know you aren’t given a lot of freedom like that game but I am just talking about the general aesthetic of the game. 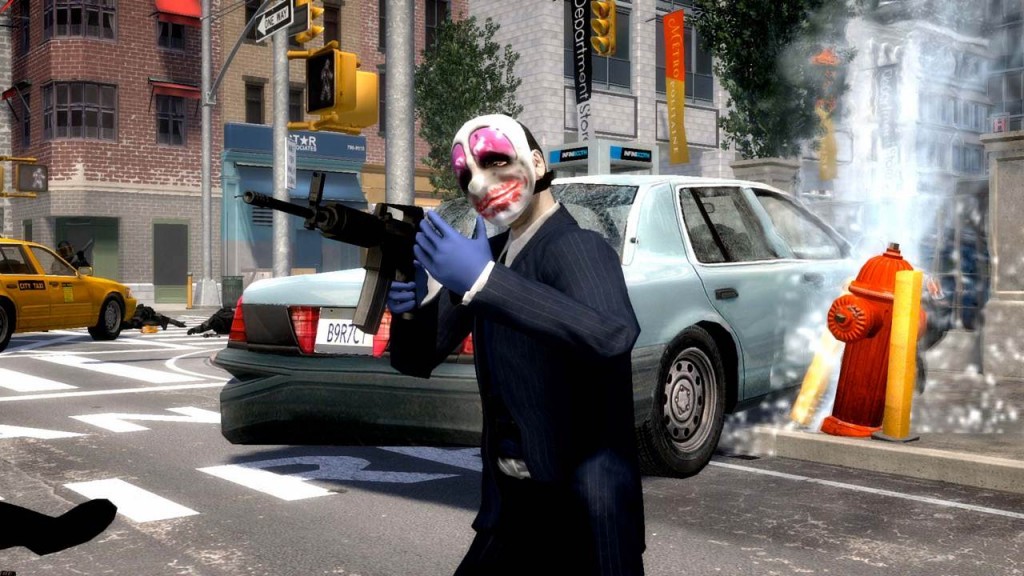 The sounds are pretty good here. When you fire a gun or a pistol, the sound is satisfying to hear. The little things like reloads are quite nicely animated and feels really good to execute. It’s a fast paced game, so if you are like me, and like to reload a lot, you are going to like this game. The game has a lot of intensity, as you can’t really sit at one spot as the cops will flush you out. Yes the cover is really important, but your ammo and health is limited here, and if there isn’t any teammate near you, then it will be tough to continue. The AI is dumb but really aggressive, so that kind of balances it out. Sometimes it’s a bit cheap when those shielded SWAT teams come in and start kicking your ass, but if you flank them well and cooperate with your team then it will be quite simple to overcome them.

Payday: The Heist is a fun game. I would have liked a few more levels here but it whatever it has, it does it quite well. Considering it’s a linear game, the graphics should have been better; the shooting while fun doesn’t pack a punch. But overall, apart from these issues it’s quite a good game, lack of content notwithstanding. If you are looking to play a good crime simulator, well not really, but something like that, then give Payday: The Heist a try. When you play it with a bunch of friends, you can have a lot of fun here and easily ignore the issues plaguing the game.

It's a lot of fun with friends. Good Netcode. Lot of interesting objectives. The missions are well designed. Good price considering the content.

Final Verdict:
GOOD
If you are looking to play a good crime simulator, well not really, but something like that, then give Payday: The Heist a try. When you play it with a bunch of friends, you can have a lot of fun here and easily ignore the issues plaguing the game.
A copy of this game was provided by Developer/Publisher/Distributor/PR Agency for review purposes. Click here to know more about our Reviews Policy.