Project Eternity and Dreamfall Chapters to make an appearance. 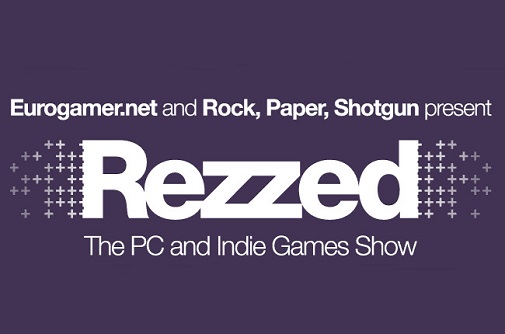 Eurogamer and Rock, Paper, Shotgun have joined hands to bring back the PC and Indie game show Rezzed for another year. The show is being organized by the same team that brought us the Eurogamer Expo, and will take place on Saturday 22nd and Sunday 23rd June at The NEC, Birmingham, which can accommodate up to 10,000 gamers.

The show floor will feature some of the most anticipated AAA titles, as well as the most innovative indie games that are on the horizon. A complete list of attendees will be disclosed in the coming weeks, with SEGA and GetGames already confirmed to showcase their games.

Some of the most notable exhibitors include Red Thread Games who will be showcasing Dreamfall Chapters at their developer session, Big Robot’s Tom Betts will show off  Sir, You Are Being Hunted, a special session featuring Ridiculous Fishing developer Vlambeer and Hotline Miami creator Dennaton. And perhaps most exciting of them all, Chris Avellone from Obsidian Entertainment will be debuting Project Eternity which was overwhelming positive response on Kickstarter.

“Rezzed 2012 was a wonderful mix of high-profile, big-budget titles and quirky indie games, which helped foster an incredible atmosphere. We were delighted to enable UK gamers to get hands-on for the first time with blockbusters such as Borderlands 2 while also acting as a springboard for indie games such as Hotline Miami,” said Rupert Loman, Founder and CEO of Gamer Network. “The NEC in Birmingham allows us to replicate this success while enabling an extra 6,000 gamers to attend the event.”

“The PC and indie games markets have continued to blossom over the last 12 months. Rezzed represents an ideal opportunity for both large publishers and indie developers to showcase their latest works to 10,000 hardcore PC and indie gamers.” added David Lilley, Events Director of Gamer Network

Tickets are already up for grabs at the official site for £12 for one day, and £20 for both days. With such an impressive list of exhibitors already,we can’t wait to see what Eurogamer and RPS has in store for us. Let us know what you think over at the comments section below.