PC gamers putting their money where their mouth is. 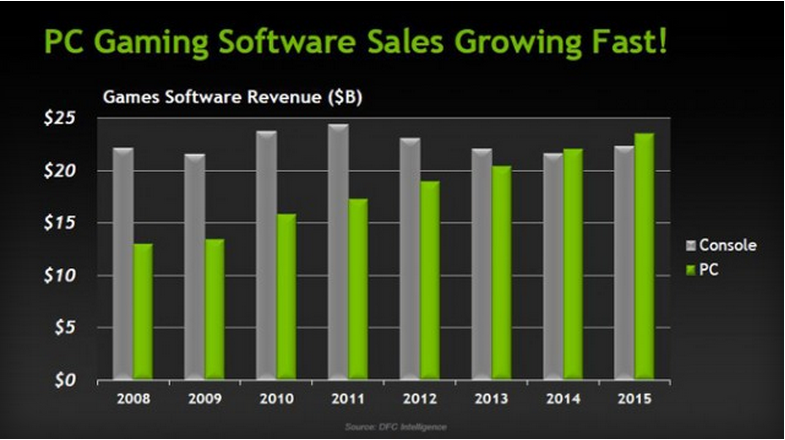 The new consoles – PlayStation 4 and Xbox One – are selling faster than any console before, and the PC market in general is in decline, but PC gaming is somehow, incredibly enough, still managing to outpace the growth of console gaming, according to this new report.

According to the report, the PC market has generated a total of $21.5 billion in hardware sales last year, which is double the revenue generated from sales of consoles. The same report also states that pre-made PCs are not very popular with PC gamers- they prefer to build their own custom rigs. The report also goes on to infer that PC gamers, investing so much time and effort into their machines, are probably the most ‘hardcore’ gamers of them all, which explains why they are also willing to put their money where their mouth is.

The report does point out that the PC market in general will continue to grow in the coming years – which will be a reversal of trends from the last few years – but I think it is safe to assume PC gaming will be a massive driver for that growth.