Posted By Shubhankar Parijat | On 26th, Dec. 2010 Under Editorials, Feature

As we have done for the PS3 and the Xbox 360, today we are doing a “Year In Review” article for the PC, where we will be looking at all the four quarters of the year for the PC, and how good/bad they were. 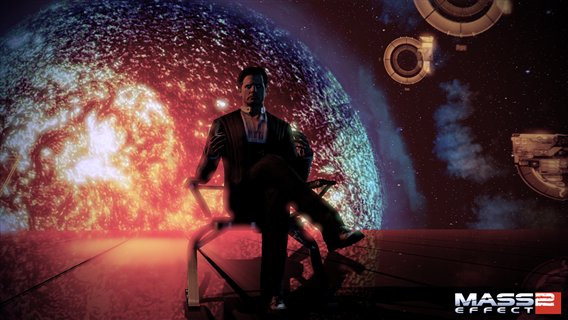 While not as good as its counterpart on the Xbox 360, Mass Effect 2 on the PC was still a masterpiece to be missed by no gamers.

The first quarter of 2010 was simply brilliant for the PC, despite the fact that it got no notable exclusives to speak off. But the multiplatforms that were released were simply unforgettable. With January came the release of Mass Effect 2, and while the game was not quite as good as the Xbox 360 version, it still managed to provide with a hell lot of fun, providing an experience deeper, more complex and gripping than any other. After that came a plethora of spectacular First Person games. First came BioShock 2, which, though not as notable as the original BioShock, it still managed to provide a very atmospheric and thrilling adventure. And then came Battlefield: Bad Company 2. Coming with a great multiplayer component, a thrilling and exciting single player campaign mode and a lot of new tweaks and ideas thrown into the mix, with Bad Company 2, we finally had a game that could give fierce competition to Modern Warfare/2. We also saw the release of the Borderlands DLC, The Secret Armory of General Knoxx, which was pretty good as well. Other notable releases were Dragon Age: Origins- Awakening, Just Cause 2, Assassin’s Creed II, Metro 2033 and Napoleon: Total War. 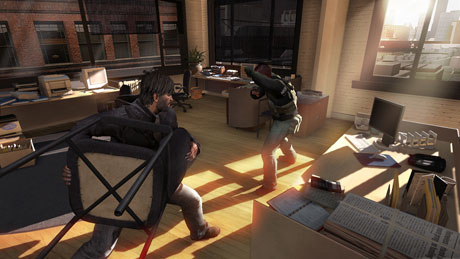 Q2 2010 began with a bang for the PC, with the release of Tom Clancy’s Splinter Cell: Conviction. Like it or not, Conviction is a true sequel that has sought after a new style of gameplay, but set it in the same world that old fans of the series will find pleasing and familiar. It took a leap of faith and is all the better for it. But after Conviction, the second quarter of the year went down a bit. There were a lot of good DLCs in these three months, like Mass Effect 2’s Overlord DLC. But other than Blur, Split/Second, Singularity and maybe Lego Harry Potter- Years 1-4, there were no other notably good games to speak off. But the next quarter showed a great deal of promise. The question was, would the huge releases in the coming three months make up for the not so interesting second quarter of 2010?

StarCraft II is probably the best game to have hit the PC this year.

Q3 of 2010 were the best three months for the PC. With huge releases like StarCraft II, Sid Meier’s Civilisation V, FIFA 11, F1 2010, Darksiders and many, many more, there was not a single person who could complain of lack of games on the system. The best of all releases were StarCraft II, which has to be the best release on the PC this year, and Civilisation V, which is a spectacular comeback of an already awesome series. Both offered tonnes of hours of addictive and immersive gameplay, and marked a new beginning for both the beloved franchises. FIFA 11 and F1 2010 were awesome pick-up-and-play games with a lot of replay value, and Darksiders was a brilliant action/adventure experience. Other than those, the PC also got the second major Mass Effect 2 DLC- Lair of the Shadow Broker. It was an awesome experience, probably the best DLC to have been released this year. Other games like Amnesia: The Dark Descent, Lara Croft and the Guardian of Light, Dead Rising 2 and Mafia II made these three months even better. 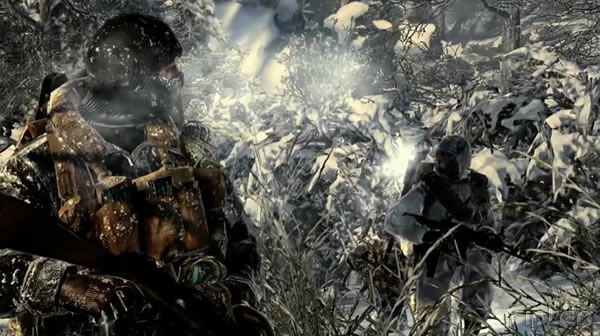 Q4 saw the releases of a lot of great games as well. Medal of Honor, Call of Duty: Black Ops, Need for Speed: Hot Pursuit, Fallout: New Vegas and World of Warcraft: Cataclysm are just some of these great releases. We though Black Ops was exceptionally good, and we gave it a 9.5/10, giving the verdict that it was a spectacular game with a few faults of its own, but probably the best Call of Duty game till date. Hot Pursuit was exactly what we wanted it to be- good old crash into everything, cause total mayhem fun. Medal of Honor had a lot of faults, and it definitely did not live up to all that we expected it to be. But still, it had a great online mode, and some really good parts in the single player mode. New Vegas, too, was much like Medal of Honor. A LOT was expected of it, yet it failed to match up to the expectations completely. But it still managed to provide a gripping experience that no Fallout fan should miss. And then there’s Cataclysm. We felt the third expansion of World of Warcraft made the game ever deeper and much, much better, and was definitely much better than the first two expansions of the game.

2010 was a great year for gaming, no doubt. But was it good for PC gaming? Well, in one word- yes. It provided with a hole lot of brilliant titles, the highlights being Mass Effect 2, StarCraft II and Civilisation V. While the PC did not get as many exclusives as we would have wanted, it still saw a great deal of releases in expansion packs and DLCs and mutliplatform titles. People often say that PC gaming is starting to fade. With 2010, that misconception has been washed away.