On the surface, Pentiment might be a detective game – but it’s as much about unraveling the truth as it is about deciding what ramifications would uncovering that truth may bestow upon your loved ones, and yourself. There’s a lot to love here from the atmosphere to the writing and so much more, but the rather thin gameplay loop that surrounds it all might not be everyone’s cup of tea – so let’s dig into it.

Pentiment takes place in the 16th century, a time when people are rebelling against established norms and those blinded and secured by power are being challenged by new thoughts and beliefs of revolutionaries aided by new forms and art and literature. The game puts you in the shoes of Andreas Maler, a young artist who has come to the town of Tassing to work on his skills as a manuscript producer for the village abbey while he tries to create his masterpiece and kickstart his career as an artist. The game opens up in a court where a conversation about Andreas’ motivations and aspirations regarding his life choices is raging in full force, and through those dialogue choices – you get to understand and shape his personality and backstory.

But as you progress through the story, certain conversations will also give you the chance to define more elements of Andreas’ personality – and everything from the subject he chose for his majors during his university days to his proficiency in foreign languages and the lands he traveled to shapes his thought processes and by extension, his personality. My character had a proficient understanding of the law, logical ability, and art – a good mix in my opinion – and that opened up new dialogue options in certain conversations. But unlike most games where a stat-driven choice like persuasion is almost unanimously better than others, the choice related to your background might not always be the best option – which is something that I really appreciate, and it differentiates Pentiment from the rest of the pack. 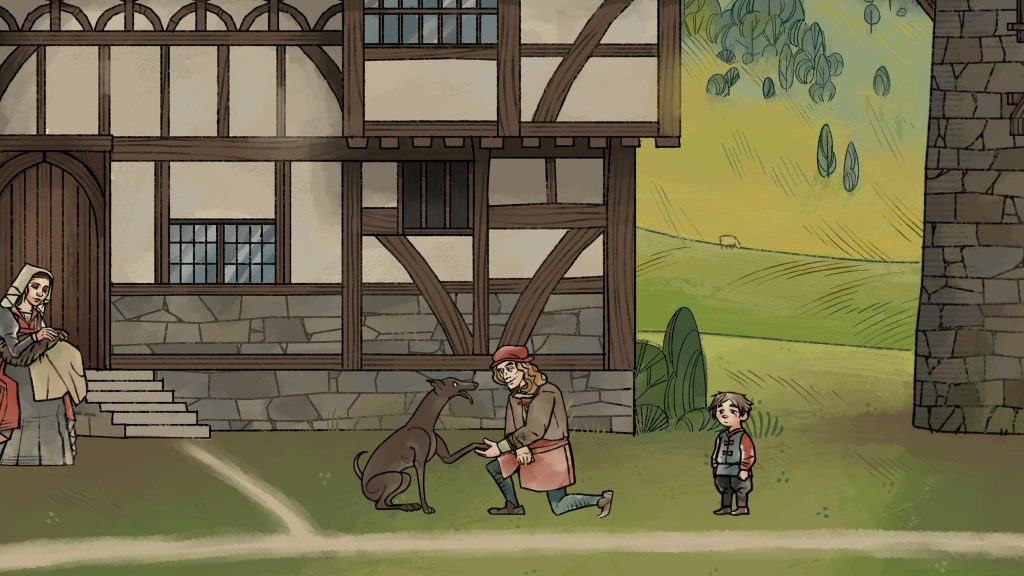 "Everything from sharing a meal with a certain family or breaking into a place at a certain time of day will probably lead you somewhere."

The story itself starts out slow and takes its merry time setting up the characters and the political struggles of the town and the denizens that inhabit these lands. You get to meet different folks from all walks of life and have lengthy conversations with all of them while you familiarize yourself with Andreas’ day to day routine. But then, a murder mystery at the abbey sends the entire town into a state of distress, and Andreas must reach the bottom of it all before time runs out.

There are plenty of leads to chase, people to talk to, and errands to run to hopefully get some clues out of them that may lead to who the murderer is – but you will never have enough time to see them all through the end. And as you chase these leads, you uncover how the abbey is exploiting the townsfolk for its personal gains and other dark secrets that have shaped the history of the town of Tanning.

Everything from sharing a meal with a certain family or breaking into a place at a certain time of day will probably lead you somewhere, but you will have to make a wise decision based on your own deduction of the information presented to you whether to pursue a specific perpetrator or not. And even accusing anyone or their loved ones for a crime will have ramifications for your relations with them, so it’s always advisable to tread with care.

At its core, Pentiment repeatedly tries to point out that justice may not be the ideal choice in a non-utopian world like this one. As you dig deeper into the secrets of the townsfolk and learn more about the involved parties, you are continuously led into a moral dilemma about the righteousness of your actions which will surely shape your personality and relationships in a radical way later on in your journey.

All in all, Pentiment puts forth a story that’s pretty complex with many moving parts – but those choices ultimately feed back into the life story of our protagonist Andreas, which also makes this tale a pretty character-focused one at the same time. It might feel cluttered with a lot of white noise at first, but that starts to filter out eventually and the focus of the story becomes crystal clear.

In terms of gameplay, Pentiment is a pretty simple game and most of your time will be spent exploring the map and engaging in conversations. There is no combat to speak of, and puzzles (if you may even call them) are just a matter of clicking a few buttons here and there. You have a helpful map that tells you all about your surroundings, and markers indicate the locations of where you need to go for pursuing a lead and the places where you can investigate people for possibly new leads. Depending on your choices in conversations, you will build different kinds of relationships with people – and if you made the right choices, persuasion opportunities will bear fruit.

The world of Pentiment is presented through a minimalistic visual design, which feels true to the illustrations and works of art of 16th century. Each character is notably distinct from one another, and Pentiment uses different font styles to differentiate between people from the nobility who use stylish fonts that are common in books of that era and the townsfolk who have the usual fonts with flowing handwriting. Some of these fonts can be hard to decipher, but you can change them to regular fonts for all characters from the options menu – so no harm and no foul within that regard. 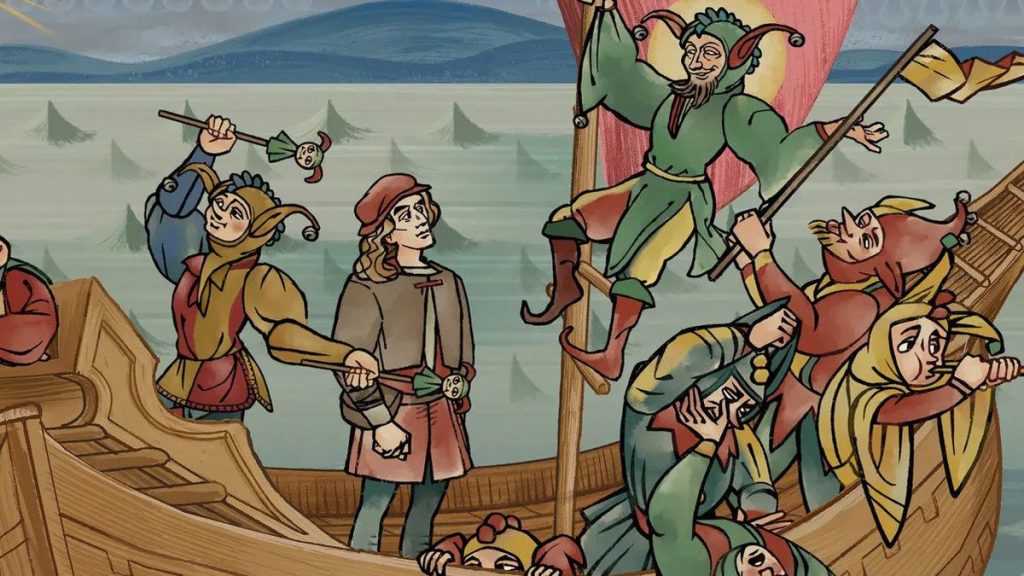 "There are no combat encounters, character progression in terms of statistics, boss fights, or anything of that sort – so it might be best to skip it if that’s what interests you."

The game is based around the concept of design by subtraction, which is a philosophy where elements and mechanics that don’t contribute to the central premise of the experience are stripped down to the bare minimum or removed entirely. While that can result in a game that’s pretty focused on its goals, it also means that anyone who does not latch on to that central hook or premise might not enjoy that game at all.

And this circles back to the original point that I put forward at the start of this feature; Pentiment is not everyone’s cup of tea. There are no combat encounters, character progression in terms of statistics, boss fights, or anything of that sort – so it might be best to skip it if that’s what interests you.

But if what you are looking for is a game that tells a story with engaging characters, Pentiment might just be the one. The game paints a gorgeous world with stellar art direction, and the game’s story explores serious topics related to righteousness, and the corruption that may have settled in some people – and it manages to do it justice for the most part.

Great writing; interesting detective gameplay that actually requires you to pay attention to the details; gorgeous yet minimalist art direction.

Puzzles could have been more engaging; the simplistic gameplay loop might not be everyone's cup of tea.

Final Verdict:
GOOD
Pentiment's unidimensional gameplay might not appeal to everyone.
A copy of this game was purchased by author for review purposes. Click here to know more about our Reviews Policy.