Persona 4: Dancing All Night Launches In NA on September 29

We still don't have a Chie trailer though. 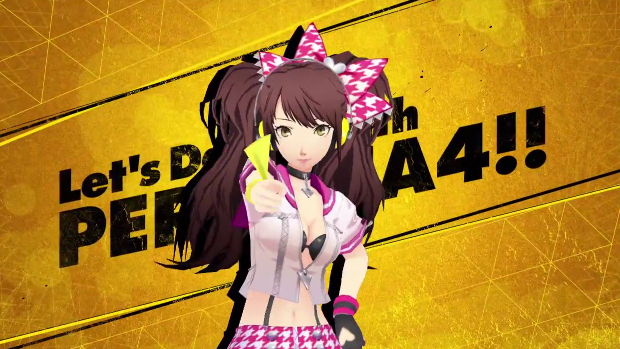 Atlus’ dancing/rhythm game spin off for its popular Persona 4, Persona 4: Dancing All Night, will be launching exclusively on the PlayStation Vita in north America on September 29, much like had been rumoured back when the game’s release was officially confirmed for western territories.

That’s right, September 29 is when you can pick up your Vita and jam with your favourite Persona 4 character to some of the great music and tunes that are a trademark of the Persona games. To celebrate the occasion of the announcement of the release date, Atlus have released an additional two trailers- these ones starring the inimitable Teddie, as well as newcomer Kanami Mashita. Yes, unfortunately, we still don’t have a trailer starring our favorite, Chie. That’s okay, I am sure she will get one soon enough.

Stay tuned to GamingBolt for more timely news and coverage of Persona 4: Dancing All Night, which will launch exclusively on the PS Vita.

Those in the United States can start playing at 12 AM ET/12 AM PT while those in the UK can access it today fr...

"This is our opportunity to fight to compete on the largest platform out there in gaming, which is mobile devi...

Codemasters and EA's upcoming racer isn't going to demand a particularly beefy rig, for those planning on play...

However, Call of Duty: Vanguard finished the year on top with the franchise being the best-selling in dollar s...

Though the PS5 tied with the Switch in dollar sales, the latter was the clear leader in hardware unit and doll...