Those prices are highway robbery.

One of the best, biggest, and highest rated games this year, a year filled with incredible games that found great success, was Persona 5, the long awaited next entry in Atlus’ flagship RPG franchise that launched for the PS3 and PS4 earlier this year. Persona 5 found great success, ending up as the second highest scoring game of the year (as of this writing), as well as selling almost 2 million copies worldwide.

Now, if you wanted some more compulsion to pick Persona 5 up, Atlus and Deep Silver have delivered Persona 5: Ultimate Edition, which takes the base game, and backs it with all of its DLC (basically, costume sets for characters, as well as new music based on older games), into one consolidated package. Think of it as a sort of Game of the Year edition.

Which is great, but… it costs a whole lot more than such packages usually do. $125 for the PS4 version, and $115 for the PS3 version. You… still get savings, but it’s not actually worth it, unless you were interested in every costume for every character that was available for the game.

That aside, Atlus also released two DLC bundles today- the Costume+BGM bundle is $60, and the Persona bundle is $20. Check out their contents, as well as the contents of the Ultimate Edition, for yourself below. 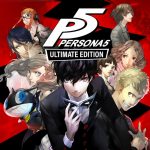 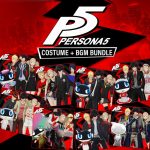 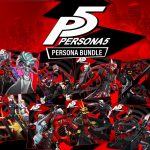