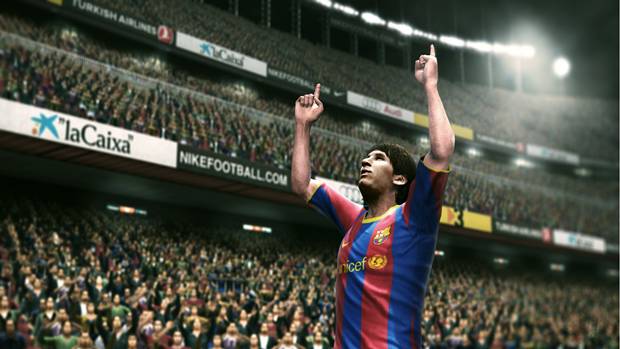 Konami have announced tha DLC for their soccer sim, Pro Evolution Soccer 11, will be out on October 12th, and it will be free. Clubs that have qualified for the UEFA Champions League will be added to the game’s dedicated mode, and club kits will be updated as well.

Four more licensed boots will also be included in the game. Three new wallpapers, including a Lionel Messi one, will also be featured in the DLC.