Konami has officially announced Pro Evolution Soccer 2011, promising the most ‘radical revamp’ the series has ever undergone.

The football game, which will release for the Playstation 3, Xbox 360, Nintendo Wii, PSP, Playstation 2 and PC this fall, will include reworked AI for defenders, and new player animations in the changes. 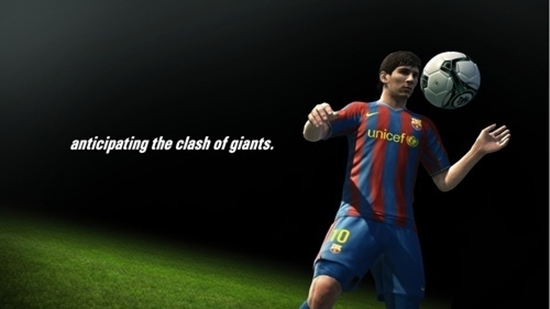 However the largest and most significant addition to this year’s PES will be the online version of the games coveted Master League. Konami said it will have, “players bidding against each other for the world’s best players, and attempting to build a squad that can compete with the best against online peers all over the globe”.

There are also official UEFA Champions League modes and Europa League, as well as the ability to play in the South American version of the Champions League- Copa Liberadores.

“It was time for PES to transform, and PES 2011 represents the most ambitious redesign in the series’ history,” said Jon Murphy, Pro Evo team leader in Europe.

“We’ve continued to work closely with the fans to pinpoint what it is about football that PES didn’t do. Total freedom was the priority and all-new animation a must. PES 2011 does both – indeed, they are directly linked to each other – and while the new game is recognizably PES at its heart, it is also the most radically improved version ever.”

Check out the release trailer below.