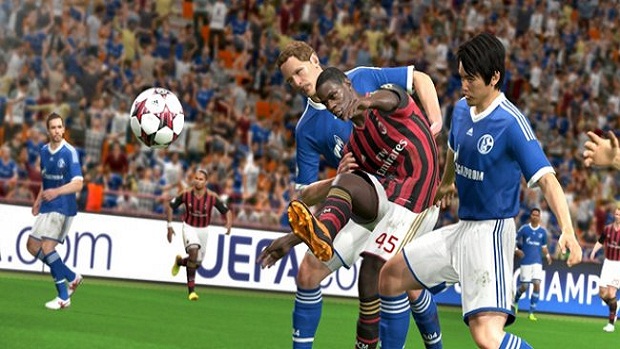 Pro Evolution Soccer, mostly referred to as PES has been a long standing competitor trying to bar access to the title of best soccer game on the market, more than once butting heads with FIFA as they tussle over the top spot. But anyone who looks at their games objectively and fairly will be able to tell you that recent pro evo games have taken a knock in quality recently, often coming out as janky or just a poor overall experience.

But that may change thanks to some awesome exclusively licensed content that can only be found in Pro Evo 2015 including dedicated game modes that feature authentic iconography and branding for Europe’s UEFA Champions League and UEFA Europa League competitions, the new Copa Sudamericana tournament and Asia Champions League features which can only be found in Pro Evolution Soccer.

Also ready to go is a day one download for the game which brings 93 authentic  new kits, eight more licensed teams,, six Brazil League teams and a total of 109 new real world players.

There’s a ton of new content coming to the game, so if Soccer is your jam, get on PES 2015.