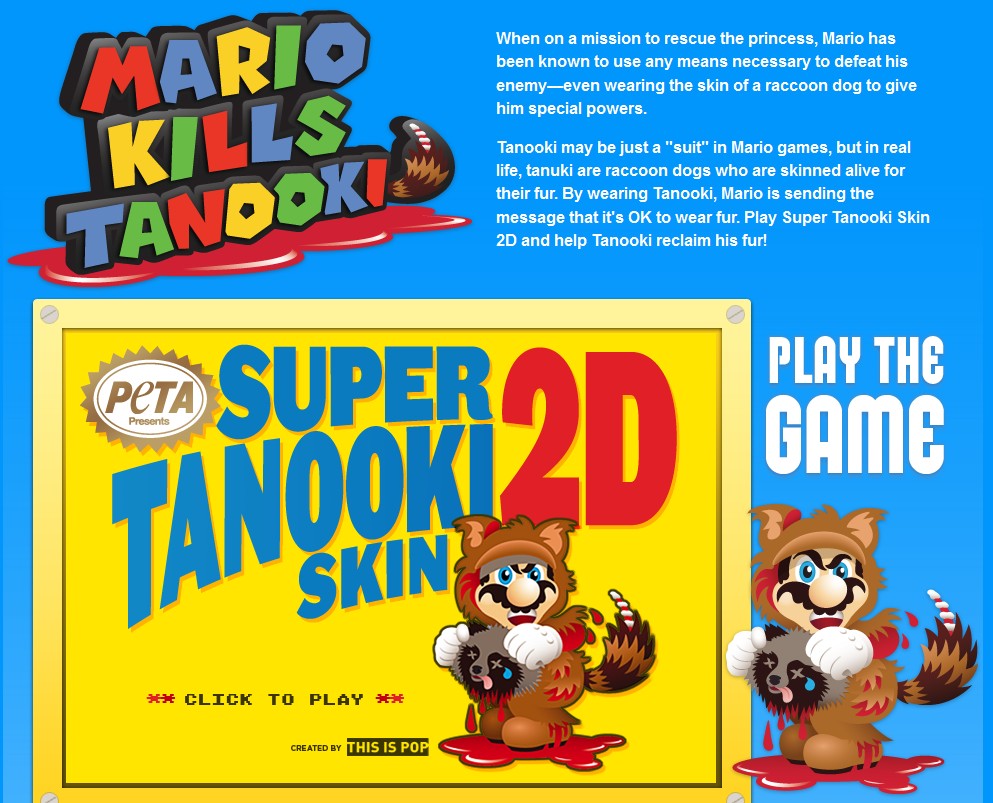 It seems that PETA has finally lost it. After their Battlefield 3 antics where they made a huge deal out of the protagonist stabbing a rat, they have targeted something very big. That’s right, Mario. It remains to be seen how Nintendo reacts to this news, as this is one of the most ridiculous things we’ve ever seen.

“Tanukis are real-life raccoon dogs who are beaten and, as PETA’s undercover exposés show, often skinned alive for their fur,” says PETA Executive Vice President Tracy Reiman. “This winter, everyone can give raccoon dogs and other fabulous animals a 1-UP by keeping our wardrobes fur-free.”

Tanooki may be just a “suit” in Mario games, but by wearing the skin of an animal, Mario is sending the message that it’s OK to wear fur. We created our game to help inform people that in real life, Mario would be wearing the skin of an animal who was beaten, strangled or electrocuted, and it wouldn’t give him any special powers other than the power of self-deception.

The image we posted says it all. Will Nintendo sue them? Who knows. But as someone who has been gaming for a long time now, it makes my blood boil. Check out the image for yourself and tell us what you think in the comments section below. We would love to hear from you.

You guys can check out the so called ‘game’ here.

How ridiculous is this?