Phantasy Star Online 2 suffers from some clunkiness, but fills a void, on Xbox in particular, very well.

We don’t tend to see a whole lot of true MMOs on Xbox One. Sure, games like Warframe and Destiny draw inspiration from the genre, and there are a couple of popular entries in the genre, like The Elder Scrolls Online and Neverwinter, but overall it’s a relatively untapped genre on the console. Perhaps that’s why Sega decided to bring Phantasy Star Online to American audiences on the console first; to allow the game to make its case amongst a smaller crowd. Maybe not, who knows. Either way, PSO does a pretty good job of making its case in the genre; provided you have the patience to listen to it.

When you first boot up Phantasy Star Online 2, you’re greeted to a decently cool cutscene that briefly introduces you to the world, before placing you into character customization. Character customization itself is remarkably deep; you have control of pretty much every aspect of your characters appearance. If, like me, you tend to prefer not to mess with their appearance too much, there are plenty of presets to choose from, with ample variety between them. You choose between four races; Humans, Newmans, Deumans, and the CASTs, a race of large Mecha. Aesthetically, the game is unabashedly anime, so if you aren’t into that style you might not love the options available, but that doesn’t take away from the depth of options here.

"PSO does a pretty good job of making its case in the genre; provided you have the patience to listen to it."

After building your character, you’re thrown immediately into gameplay through a tutorial mission, and these early few hours are the point where the game is most likely to lose you if it is going to. The tutorial mission is not particularly interesting, and leads you through using some rather clunky dialog delivered by some hilarious NPCs; characters like Afin, who the game can’t tell if he’s Irish, English, or sometimes Australian; or Zeno, who is about as generic of a “veteran soldier” as they could’ve given you. The tutorial definitely gets you off to a rocky start.

And it doesn’t help that the tutorial only introduces you to the most fundamental basics; how to shoot, use consumables, move and jump, things like that. After the tutorial you are thrust into the main hub area. Initially, this is really really cool. Running around the ship, seeing all of the players and NPCs alike wandering around doing their own thing. The sheer scale is impressive, but quickly becomes daunting. The game does a pretty poor job of explaining things beyond the most fundamental basics.

There are some tutorial popups and quests, but they tend to be extremely wordy, alternately either far too simple to explain things well or far too complex to do the same. Countless systems are hidden behind equally countless menus and vendors, none of which are explained until you actually use them, and even then, the explanations are often confusing. Hours into the experience, I was still struggling to understand exactly what was happening, how certain mechanics worked, or what exactly I needed to be doing. If PSO2 is going to lose you, it will do so during these clunky early hours. 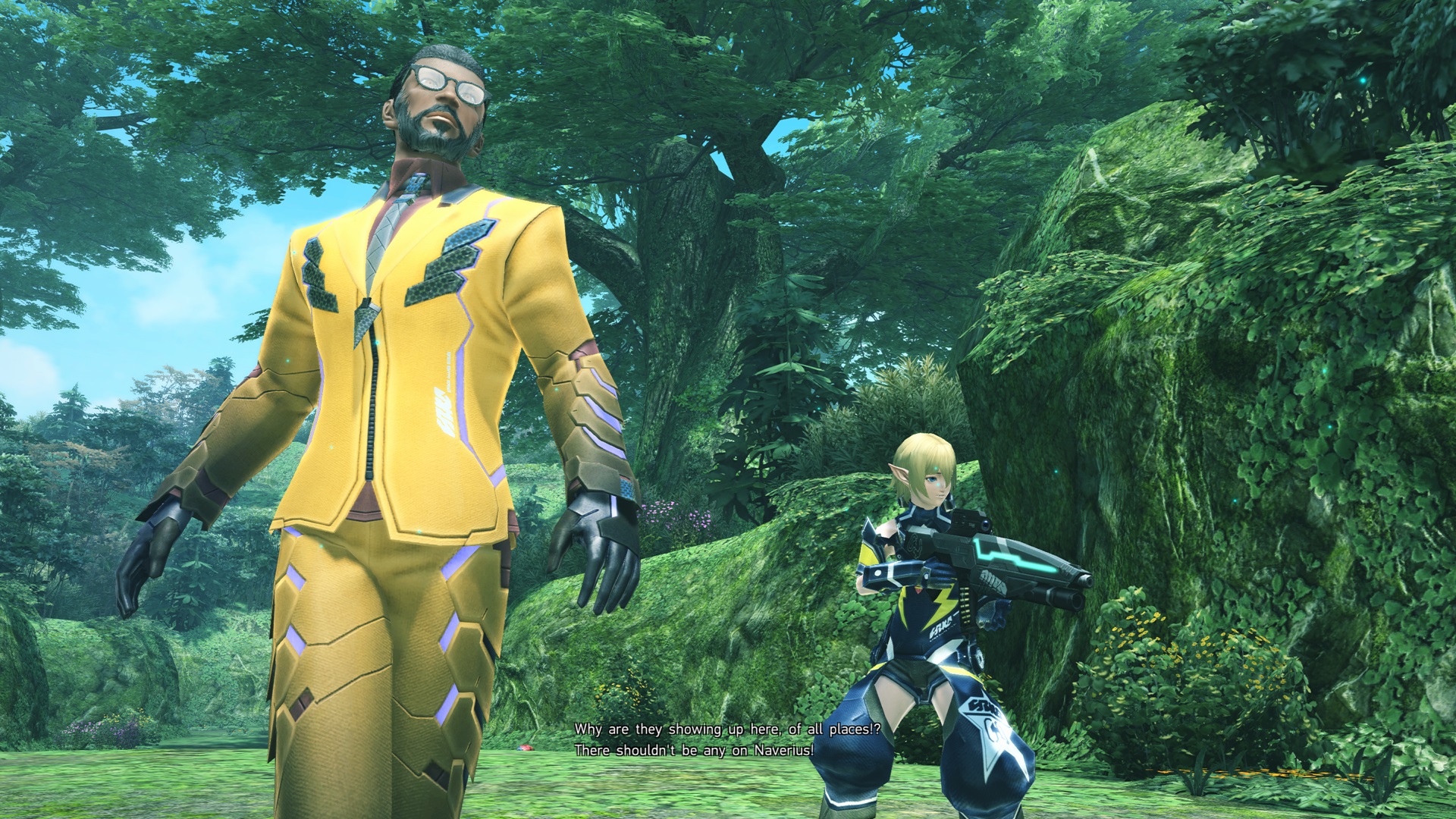 "Hours into the experience, I was still struggling to understand exactly what was happening, how certain mechanics worked, or what exactly I needed to be doing. If PSO2 is going to lose you, it will do so during these clunky early hours."

However, if you can manage to get past the admittedly high learning curve, things begin to open up immensely, and what you find is an engaging, likeable, and rewarding experience. It takes a while for things to come together, but once they do you’ll find a very fun experience on hand here. The game oozes personality; the character designs and animations are bright and colorful, the monster designs interesting and sometimes frightening. The mechanics begin to gel together, and you start to realize the systems hiding underneath, and how they all fit together.

When you first build your character, you choose your race, gender, and class. Your race and gender will determine specific stats, usually your offensive and defensive stats, with male characters usually being better at melee and female characters generally being better at ranged and magical attacks. After choosing that you choose your class, which have a lot of variety to them. I started with the Ranger, a long-range, relatively low damage support class. The members of my party played the Summoner, a class based around using different pets that you can switch in and out in combat, and Force, the game’s equivalent to a Wizard/caster class. All of the classes have a lot of variety in their loot, skills, and attacks, which helps make each one feel distinct, and makes class makeup for your party feel like they matter.

Beyond that, Phantasy Star Online 2 is a game that, at its core, is all about character progression. Everything you do in the game either earns you modifiers that improve your abilities or experience points, which are used to level up your character. There are a lot of options for character growth and improvement, and once again, it can certainly feel intimidating when starting out. But once again, patience reveals an interesting and complex system worth diving in to. There’s a lot of modification options available to you as you progress through the game; consumables that provide additional tactical options, nearly countless abilities that can be added to your weapons and classes, and multiple massive skill trees that can be levelled up over your character progression. You can even add subclasses to your character to further augment and enhance your character’s abilities. 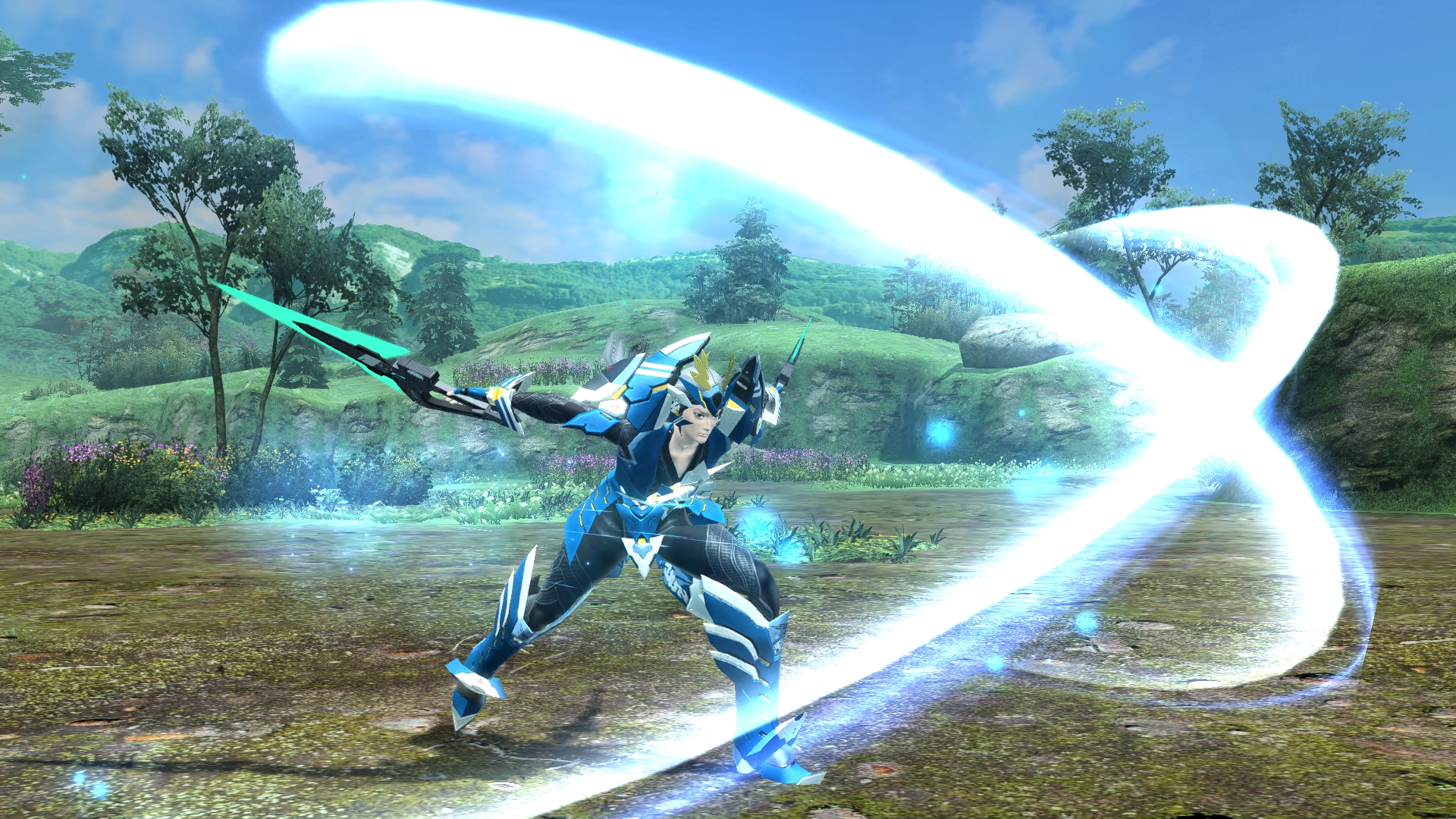 "There are a lot of options for character growth and improvement, and once again, it can certainly feel intimidating when starting out. But once again, patience reveals an interesting and complex system worth diving in to."

The game also overflows with sheer charm and personality. The characters, while still unconvincing in believability, eventually become strangely likeable for that very same reason. The level designs are varied and interesting, and the main hub ship is full life and personality. Shops adorn nearly every open space on the hub ship, and there are some interesting sights to be seen. The market area has a balcony that overlooks a massive city sprawling below that makes up the rest of the level, a café area (where you can sell and utilize harvested materials) opens up into a sprawling zen garden, populated with cherry blossom trees. There’s even a massive, fully playable casino, with all the garish colors and over the top sounds that implies. And of course, every single one of these areas has a mechanical purpose to them, providing shops and quests to be picked up. For crying out loud, you can even watch a full concert in the market area, complete with effects around the stage.

Phantasy Star Online 2 can be clunky, ugly, and unwelcoming. It can also be fascinating, rewarding, and endearing. The opening hours of the game do little to make a good case, with poor tutorials and clunky menu interfaces obscuring most of the game’s features, making everything feel needlessly difficult. But for those who stick with it through this, Phantasy Star Online 2 eventually opens up into a large and rewarding experience, one with plenty of reward, personality, and enjoyment on offer. And on the Xbox One in particular, a platform with rather few options that truly scratch the MMO itch, Phantasy Star Online 2 ultimately makes a very strong case for itself indeed. If you have any interest in the game, or desire for a new experience in the genre, give this one a chance. It takes some investment, but ultimately provides an experience well worth the time.

Deep mechanics provide plenty of room for customization and experimentation; Ample charm and personality make the game even more enjoyable.

Clunky menus and poorly explained mechanics result in a brutal learning curve in the early hours.

Final Verdict:
GOOD
For players who can soldier through its clunky and confusing opening hours, Phantasy Star Online 2 eventually opens up into a vast, charming, and rewarding experience.
A copy of this game was provided by Developer/Publisher/Distributor/PR Agency for review purposes. Click here to know more about our Reviews Policy.