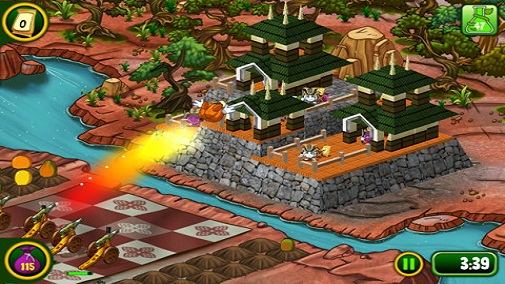 Picnic Wars is an interesting game for the iOS. The basic premise is a fight between fruits and vegetables, and the ultimate goal is to destroy the fortress with launchers that are available to you. There are five launchers in total, and also 32 levels to cause mayhem in. You may think those are a lot of levels, but each side gets 32 levels each, but they end pretty fast. As the name implies, the battle is set during a picnic, and you have to grow your own fruits and vegetables first before they can be used as projectiles.

You are given seeds to grow your units, but it isn’t enough. You have to find more by aiming your units at the enemy fortress, and finding more seeds in the process. It’s quite simple. Stronger units require more seeds and vice versa. Each units namely the common fruits and vegetables you know, have different abilities which can be used at an appropriate time. There is also a countdown on every level, which makes you think fast and execute quick moves. I really hate timer based gameplay, I really do. 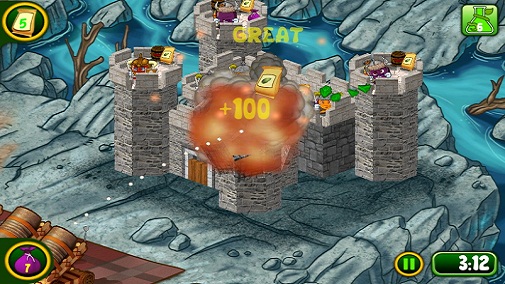 To make it hard for you to destroy the fortress in each level, utensils will be thrown at your launchers and with enough damage they could be destroyed. There is a scoring system as well, and which game nowadays on iOS doesn’t feature one? You are rated based on how fast you complete the mission and the amount of destruction you do. It’s pretty straightforward.

Controls are a mixed bag, really. It’s mostly due to the unresponsive touch commands when you are in a hurry that causes all the annoyance. Other than that, it really shouldn’t be a hassle. It is preferable you start on a lower difficulty till you get the hang of the mechanics, otherwise it can lead to frustration mostly due to the controls. The game looks great, visually. There is a great art style here, which makes it pleasant to look it. 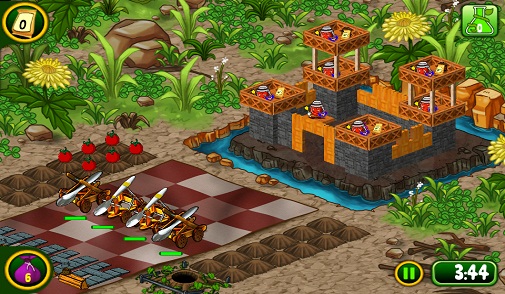 It's fun for a while. There are plenty of levels. Visuals are great.

Expensive for the iPad. The controls are a mixed bag.

Final Verdict:
GOOD
I would recommend this game if you're buying it for the iPhone, and for the iPad, basically due to the controls and the slightly jacked up price, it's not much of a value.
A copy of this game was provided by Developer/Publisher/Distributor/PR Agency for review purposes. Click here to know more about our Reviews Policy.