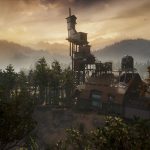 Since launching on June 2nd, it's become the 13th highest revenue-generating mobile game globally as per Sensor Tower Store Intelligence.