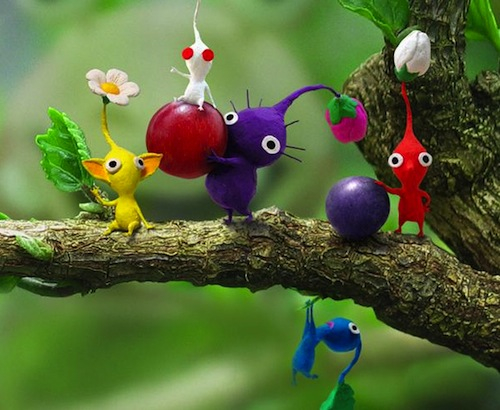 The long-awaited Pikmin 2 will finally see a North American release on June 10th as part of the $19.99 Nintendo Selects’ line-up, a veritable bargain bit of yesteryear’s classics.

To the uninitiated, Pikmin 2 was originally released in 2004 on the Gamecube to huge critical acclaim and was eventually ported to the Wii in 2009 as a New Play Control! title in Japan, garnering similar success. A mere 8 years after its original release and a paltry 3 since its Wii release.

The New Play Control! release of the first Pikmin title was not as well-received in North America as its Gamecube brother, so we’re anticipating the release of the second with bated breath.

Along with Pikmin 2, the Nintendo Selects’ line-up will also be bolstered by the re-release Mario Power Tennis, also at $19.99.

Outside of the Nintendo Selects’ series, Nintendo are are also dishing out $29.99 price-drops for Super Smash Bros. Brawl and Donkey Kong Country Returns, isn’t that generous of them?