Posted By Leonid Melikhov | On 08th, Jun. 2013 Under News | Follow This Author @Rengarious 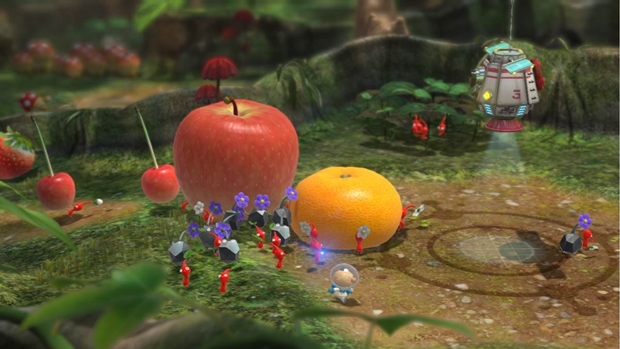 Nintendo originally scheduled to release Pikmin 3 at launch of the Wii U last year; however, that didn’t happen, and the game was pushed all the way to Summer instead.

With E3 2013 upon us, Nintendo will be streaming new gameplay trailer and title announcements via Nintendo Direct on Tuesday, June 11th at 7 AM Pacific Time. Nintendo Direct is expected to be at least hour long with and will include a ton of video content and reveals such as the new Super Smash Bros, 3D Mario, Mario Kart and more.

However, the Japanese website for Pikmin 3 has some new awesome videos up of Pikmin 3 gameplay. Thanks to the NeoGaf forum poster Hero of Legend has uploaded all of the videos and compiled them into one for your viewing ease and pleasure. Each clip showcases how every unique Pikmin can be used for certain situations such as the new Rock Pikmin and the flying ones.

Without further ado, have a look at the compilation of the gameplay clips down below:

Stay tuned t GamingBolt for our E3 2013 coverage next week.

Tagged With: Nintendo, Nintendo Wii U, pikmin 3, wii u