Pine is the Next Free Game on Epic Games Store

Pine will replace Idle Champions of the Forgotten Realms DLC. 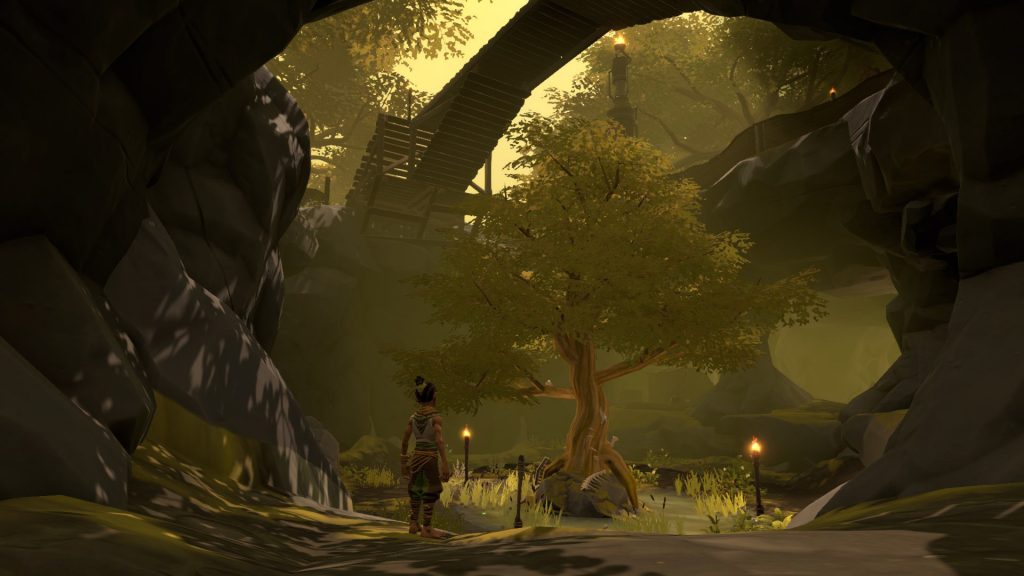 Epic Games has revealed the next free game coming to the Epic Games Store on its website. The game is Pine, “an open-world action adventure game set in a simulated world in which humans never reached the top of the food chain,” and was developed by Twirlbound and published by Kongregate. The game will be free to download from May 6th through 13th.

Currently, the free game is the Idle Champions of the Forgotten Realms’ Epic Champions of Renown bundle, a mouthful of a title that Epic claims is worth more than $100. It will be free to download until May 6th, when Pine will replace it.

Pine promises a world with six unique biomes, a diverse ecological system, and living organisms that will do whatever they can to survive. Players take the role of Hue, and will have to explore, trade, and fight their way through a world where humans are not the dominant species. Player choices – whether to befriend another species, or drive them from their home and take their resources – will affect the rest of the game’s ecology.

You can watch a gameplay trailer from Twirlbound below.